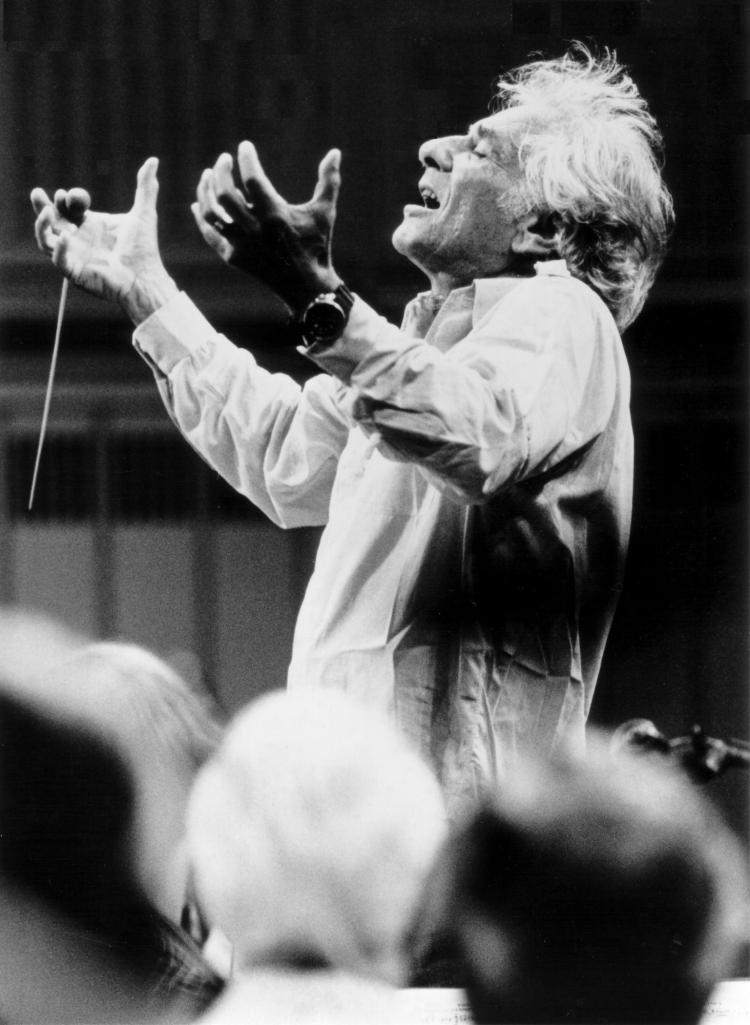 I will never forget going to a New York Philharmonic rehearsal when Leonard Bernstein was conducting Tchaikovsky's Fifth Symphony. I was imagining how many hundreds of times he must have conducted that symphony and wondering what kind of approach he would take.

The two hours that followed were an absolute revelation and offered me insight into and understanding of who Leonard Bernstein, the conductor, really was.

This was a man whose primary and all consuming commitment was to the creator, the composer. He was unrelenting in his dedication and doggedly devoted to uncovering the composer's true intent.

Imagine my surprise when he walked out onto the podium and announced to the New York Philharmonic that he'd been "wrong" about Tchaikovsky's Fifth Symphony all along!

This willingness and desire to re-examine every piece of music, to bring a fresh approach and new insights to every performance of a work, set Bernstein apart from everyone else.

One of the greatest gifts Bernstein shared with me was the significance of story; that every piece has an inherent story and that every composer spends his life trying to articulate his own personal story and answer those existential questions that are so consuming for him.

I was always delighted when he would stop a rehearsal and say "must I tell you the story of this Haydn Symphony?" only to have 70 musicians magically turn into 4 year olds with that sparkle of anticipation in their eyes that says "yes, please tell us that story!"

For me the thing that set LB apart was not only his embracing of the story, but his profound understanding that every story has a moral that connects all of us on the most basic human level.

Bernstein, the conductor, was the ultimate champion of the composer, committed to conveying every dimension of that composer, and I frequently had the sense that he was that composer for those moments, his association so strong that it blurred the line between conductor and creator.