DES & WGST Statement on the Killing of Asian Women in Atlanta

The horrific killing of six Asian and Asian American women by a white man in Atlanta has yet again brought to light the violences of anti-Asian racism in this country. We extend our grief and outrage to their families and everyone who is hurting right now. We wish to remember their lives, their hopes, their struggles, and their dreams. We condemn this killing and the escalated violence against Asians and Asian Americans in the U.S. since the beginning of COVID-19 (there have been at least 3800 reported incidents of violence directed at Asians and Asian Americans, primarily against women, from March 2020 to Feb 2021). We also condemn how these acts of violence are represented, framed and discussed by law enforcement, by elected officials at local, state and federal levels, and by the media. Although authorities deny that the massacre was racially motivated, we see it as tragically illuminating the longstanding pattern of the hypersexualization and exploitation of Asian and Asian American women in particular. Observing how the carceral state rushed to minimize this violence to the perceived mental health crisis or simply a “bad day” for the white killer, we take this moment to underscore that our fight against anti-Asian racism must be connected to the fight for Black lives. In this moment of renewed demand from some quarters for enhanced anti-hate crime laws, we caution that such demands continue to target Black, Indigenous, and brown communities, and emphasize the need for alternative solutions that do not expand the carceral state.

While Trump and Biden’s anti-China rhetoric is definitely a catalyst to the recent violences of the past year, we must remember much longer histories of racism that Asians and Asian Americans have faced and continue to face in the U.S. Anti-Asian racism spans over centuries in the U.S: from the exploitation of Chinese railroad workers, race riots targeting Asians (including the attack on Denver’s Chintatown in 1880 and the killing of one Chinese man), illegal occupation of the Philippines, anti-Asian immigration laws from the late nineteenth century till the 1960s (and into the present, including Trump’s Muslim Ban), incarceration of Japanese Americans during World War II, multiple and endless U.S. imperialist wars across Asia, to the ever increasing Islamophobic violence against Muslim communities since 9/11. All these processes continue to position Asians and Asian Americans as perpetual outsiders whose labor can always be exploited. Anti-Asian racism is not new. It is one  of the pillars of white supremacy in this country, a country founded on the violences of colonization and dispossession of Indigenous peoples, and the enslavement of African and Black peoples.

As we remember the lives of the murdered Asian and Asian American women, we must remember how anti-Asian racism continues to reproduce itself primarily through racial-imperial heteropatriarchal violences on the bodies of Asian, Asian American and Pacific Islander women, queer, and trans peoples. The first ever anti-immigration and xenophobic law was targeted against Chinese women in 1875 (Page Act). The act prohibited the entry of Chinese and other Asian women as they were seen as “prostitutes” and “immoral” women. Since then Asian women continue to be hypersexualized for consumption and exploitation by white men, as white men see Asian women bodies as simultaneous sites of desire, hatred, and dominance. We know the long history of sexual exploitation of Asian women by U.S soldiers across Asia, from Okinawa to Saigon to Subic Bay, and the portrayal of Asian and Asian American women in U.S. media as submissive, domestic, and sexual. We see these histories as fundamentally connected to the killing of the six Asian women in Atlanta.

As we stand against racism, we also reaffirm our stance against racial-imperial heteropatriarchy and misogyny, and call for solidarities to women who are sex workers, who are immigrants, who are undocumented, who are refugees, who work in massage parlors, who are precariously employed, who are poor, who do not speak English, and who are survivors of racial-sexual-imperial violences. Anti-racism struggles need to center the struggles of sex workers, support the decriminalization of sex work, and fight against global sex trade regimes, including the U.S. military, that continue to make the lives of sex workers disposable, exploitable, and unworthy.

Let us fight together to keep decolonial, abolitionist, and transformative visions at the center of all our collective struggles. We must forge intentional and relational coalitions between Asians, Pacific Islanders, Muslims, Arabs, Black, Indigenous, Chicanx, and Latinx communities, as well as those further on the margins and those who are undocumented, refugees, poor, with disabilities, women, queer, trans and gender nonconforming, and sex workers. We call on our communities to deepen our anti-racist, anti-colonial, anti-imperial solidarities and coalitions in order to disrupt and dismantle white supremacy. 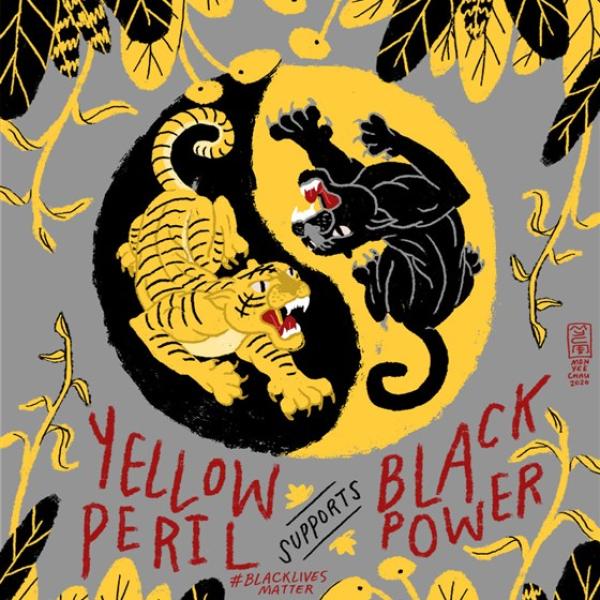 We stand in solidarity with this statement from Red Canary Song, a grassroots collective of Asian and Migrant sex workers organizing transnationally.