The Righteous Rage Institute’s Mission for Social Justice and Healing 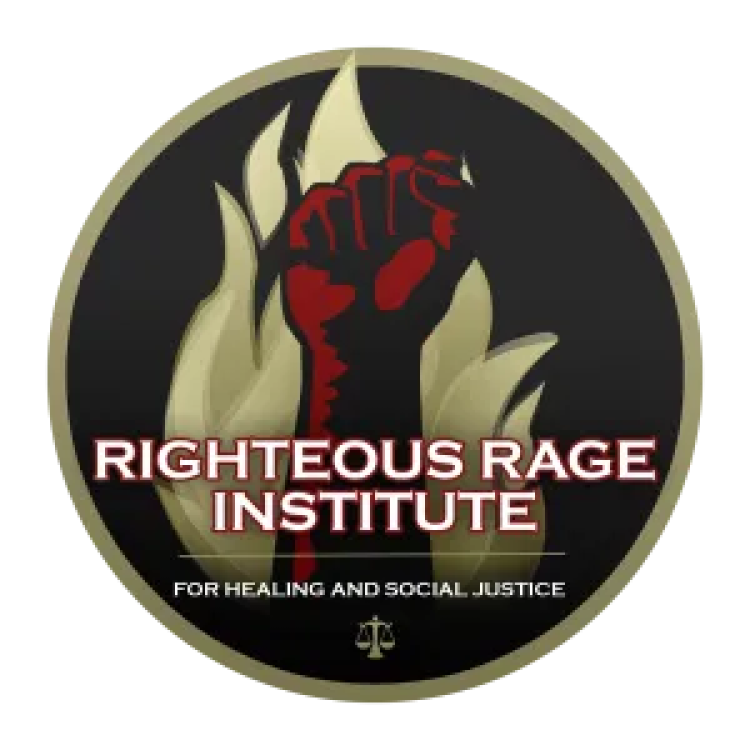 When asked to describe RRI’s approach, Allison Brown, Director of Consulting and Training, said, “What we’re really talking about is healing from a long history of having a caste system in the U.S created on race that still persists today. It is healing from slavery, from Jim Crow era laws, from the war on drugs, from redlining and everything that has created the racial inequity entrapment today.”

Creating a space for others to heal from the inside out, RRI creates pathways for grassroots organizers and social justice leaders to enhance their skills allowing them to propel social justice movements and Black Indigenous People of Color (BIPOC) forward and rectify inequities of the past.

“We are ever evolving,” said Chief Strategist Officer Cassandra Johnson. “We turn moments into movements, when it comes to racial injustice and you go out and are protesting that's an action, but it's how we generate and create the momentum that matters in order to make change” By turning moments into movements, RRI aims to support and sustain historically marginalized communities on all levels with their healing justice approach.

RRI’s work started by being centered around three pillars: educate, organize and agitate. By educating and listening to families, organizing in the community and agitating the system, RRI evolved into building a space for healing.

“The concept of having our own institute where we could do things on our own, whether it be philanthropy driven or supporting grassroot BIPOC organizations and leaders is valuable,” said Johnson on creating a balance in the organization.

Being able to grow allowed RRI to support the racial justice movement and bring in more people in a productive way, allowing others to come in with the right mindset and rest from the demanding act of organizing. As a movement, being in the right mindspace, having an internal peacefulness, and being able to engage and collaborate effectively with everyone involved became just as important as what the next campaign would be.

“It's not about what we're doing, but how we're doing it,” said Brown.

RRI’s biggest goal looking to the future lies in the transformation of institutes and systems. The work of healing is what RRI strives to do by working with school districts, nonprofits, government agencies and corporations to go through the process of being able to have conversations and hold space for conversations on race and racism with the acknowledgment that there is a history of racism in those institutions in order to begin the work of transforming.

“We don’t believe in reform,” said Brown. “you can't reform something that from the very beginning was designed to be oppressive.”

Righteous Rage aims to build new systems that will render older ones obsolete.

As RRI continues to partner with their community to work toward this goal, their partnership with the Leadership and Community Engagement major has proved beneficial for both organization and the students.

“It has been a tremendous amount of support, especially in a high needs area when it relates to research and evaluation,” said Johnson.

The students assist with operations  working to collect and analyze data as RRI does not have the capacity and full time staff to cover all of the areas needed. Having this information is important to the RRI’s stability and growth by allowing their team to have the numbers to speak with funders on impact and outcomes.

“CU students are working with us to address that gap in the system and fill in a capacity gap,” said Brown. “It’s wildly important because they’ve been focused on evaluation.”

“It has been very professional,” said Johnson.

The evaluation done by the students aid RRI in getting funding from establishments that require data and full evaluations to be done in exchange for funds.

“I was given the opportunity to recognize and understand that the way I have always been a student isn’t the only right way of doing things. I got to step back and learn from those around me, rather than operating on my assumptions,” said Jessie Steinbaum, a University of Colorado Senior. “I learned that I need to work on unlearning some of my white-centered tendencies and behaviors, and I am slowly getting there!”

“It’s opened my eyes to how complex leadership is,” said Sara Swain, a University of Colorado Senior.

RRI offers programming out to the community such as their White Ally to Abolitionist course allowing community members to bring Righteous Rage to their workplace, school communities, and create partnerships.

You can support the Righteous Rage Institute by subscribing to their newsletter “The Cure”, tuning into a podcast, investing in the Lauren R. Watson legacy fund, attending a class, or donating.