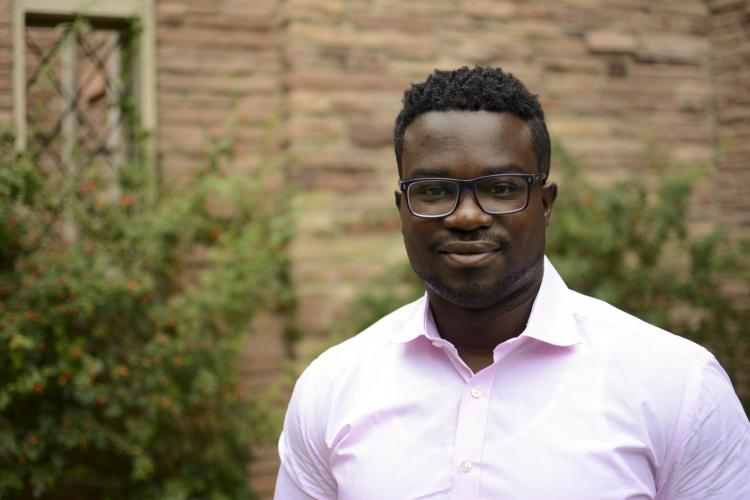 CU Boulder doctoral student Tafadzwa Tivaringe recently received a prestigious invitation from the United Nations to attend the WIDER Development conference this September in Thailand. The invitation came as a result of his years spent working in Cape Town and his CU Boulder doctoral research, which includes a recent peer-reviewed paper entitled "The Social Unemployment Gap in South Africa" that draws from census data between 1994 to 2017 to examine graduate unemployment in the country. Tivaringe wants to transform opportunities for South African university graduates entering the workforce.

"This work is deeply personal for me," Tivaringe explains. "During my Masters degree at the University of Cape Town, South Africa, I worked in the Careers Service office where I encountered a lot of disillusioned college graduates whose families had invested everything to gain a college degree in the hope of better lives only to be frustrated by the high unemployment in the country. The WIDER Development Conference focuses specifically on policies in developing countries at the highest possible platform and brings together key stakeholders in the policy process. As such, it provides a powerful platform for me to highlight the plight of graduates in South Africa’s labor market and contribute to a conversation on how to address such challenges," he states.

According to the UN's letter of invitation, "The conference will engage current debates around the future of work in the face of rapid labour- saving technological advances, vis-à-vis the changing nature of globalization. It will address the implications of [efforts to increase access to] decent work and economic growth, and the prospects for structural transformation in low- and middle-income countries."

As part of his doctoral studies at CU Boulder, Tivaringe conducted a quantitative study of unemployment among college degree holders in South Africa. The findings will be included and explained in his doctoral dissertation, which he hopes to turn into a published book.

Tivaringe is also a CU Engage doctoral researcher, helping us develop quantitative measurements for the impacts of the Center's work.

Tivaringe concluded, "I would like to thank Ben Kirshner, Terrenda White and Andrew Philips for their unwavering support of my work."