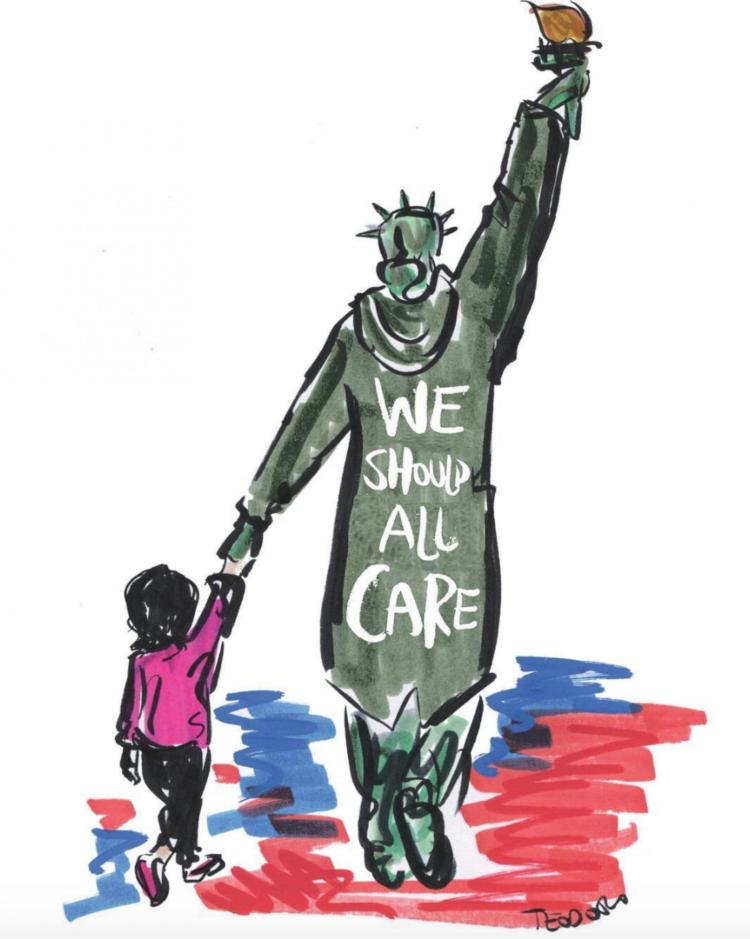 "We Should All Care" artwork by Justin Teodoro @justinteodoro

We at CU Engage support this statement, too.

A statement about family immigration policy from our School of Education, BUENO Center and NEPC

Re-committing ourselves to acting, organizing, and joining with others in our community to build a diverse, welcoming democracy

As educators, researchers, parents, and advocates of human rights, we are alarmed by the decision to forcibly separate children from their families at the United States/ Mexican border and the decision to detain the migrant children in inhumane conditions. These actions violate the moral and ethical standards we uphold as a community of scholars and most importantly, as human beings.

Although the President has signed an executive order to stop separating families at the border, it does not address the situation of children already separated from their parents, the conditions they have experienced during this detainment, and the uncertainty they have to endure related to whether they will be reunited with their families.

The research is clear about the traumatic and often irreparable damage that the separation of children from their parents has on children’s psychological well-being and socio-emotional development. The indeterminate length of time projected for the detention of families further threatens the long-term effects on children. The news and related commentary about children in crisis after having been forcibly removed from their parents is profoundly disturbing and makes this situation unbearable.

We join our colleagues in scholarly communities and the public at large in expressing our outrage about the impact of the current policies. To mitigate the harm already inflicted, the administration must quickly reunite children with their families and care for detained migrant children in a manner that protects their emotional well-being and human dignity now and in the future. Our obligation as a country demands this.  Accordingly, we re-commit ourselves to acting, organizing, and joining with others in our communities in the coming weeks, months and years to build a diverse, welcoming democracy.

—    The Faculty and Staff of the University of Colorado Boulder School of Education, the BUENO Center for Multicultural Education, and the National Education Policy Center