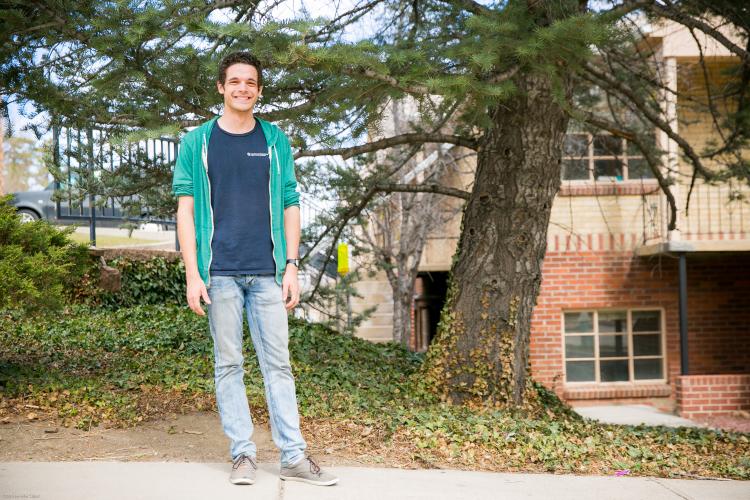 David Pfotenhauer, a doctoral student in Mechanical Engineering, is working with the organization Taking Neighborhood Health to Heart and residents in Denver to test and improve indoor air quality. He is a member of the 2016-17 cohort of Community-Based Research Graduate Fellows, a program of CU Engage that is now accepting applications.

When David Pfotenhauer decided to pursue a PhD at CU Boulder, he knew that he wanted to specialize in an application-based science that would allow him get out into communities and use his knowledge to address public issues.

As a current doctoral student in Mechanical Engineering, David joined CU Engage's 2016-17 cohort of Community-Based Research (CBR) Graduate Fellows. He became the newest member of an ongoing research project, a collaboration between CU Boulder and the Denver-based organization Taking Neighborhood Health to Heart (TNH2H). Some of his funding is also provided in partnership with the Center for STEM learning. He began working to further the research that his colleague, CU Boulder CBR Fellow (2015-16) and Civil Engineering doctoral student Ashley Collier, had begun the year before in response to community concerns about air quality, contaminants and environmental health. David’s role in the project is to investigate air quality and radon levels in northeast Denver, one of the areas in which TNH2H members live.

The data collected and analyzed during the pilot study, presented by Ashley Collier at a conference of the American Geophysical Union, showed that many residents had reason to be concerned about their indoor air quality: nearly all the homes (80%) tested for radon had levels above the EPA's recommended "action level." In addition to radon, the initial study investigated the presence of Volatile Organic Compounds (VOCs) in these houses. VOCs are a broad range of different chemicals that exist in the gas phase at room temperature, some of which can be potentially hazardous to humans at sufficiently high concentrations.

Ashley and now David continue to carry out air quality research in residents' homes, conduct surveys and other data collection, and provide fact sheets about how to reduce the risks of toxic air pollutants. TNH2H helps set up the home visits. 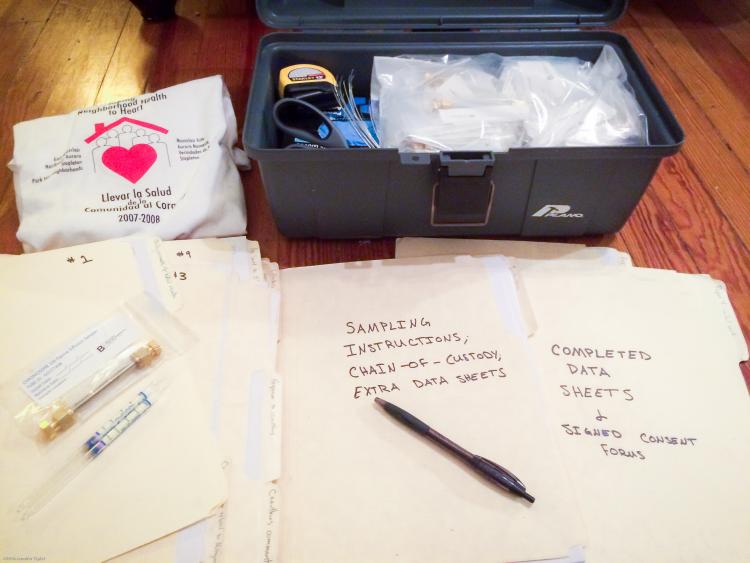 "The goal of this initiative is not only to investigate air quality concerns within these neighborhoods, but also to generate awareness and knowledge about air quality and other environmental concerns that might exist or arise among the affected communities," David explains.

"The sampling project this year is focused on VOCs," David says. "Last year, the study looked specifically for a VOC known as Perchloroethylene, which is commonly associated with dry cleaning chemicals and can often seep into groundwater, then leak into people’s homes,” he states.

Since perchloroethylene is just one of the many hazardous VOCs that is commonly found in residences, the team’s sampling this year has investigated a wider array of known dangerous VOCs as well as radon levels.

“Common VOC sources can include household products such as cleaning chemicals, painting supplies, and various cosmetics,” David explains. When it comes to these dangerous chemicals, knowledge is power. “Sometimes remedying high concentrations [of toxic chemicals] can be as simple as storing household products in safer, more contained locations," he contends.

David says that the cohort model of learning offered through the CBR Fellowship has been useful to his understanding of how to apply mechanical engineering to the real world problems facing communities.

"It's been such an honor to work with people from entirely different fields. I’m the only person in my CBR Fellows cohort doing hard sciences, so to have other graduate students from the humanities, sociology, and the education department is great, ” David reflects.

“It's been great to step out of the engineering world and think about the social world, which is so important for figuring out how to solve today’s problems," he says.

The CBR Fellowship has also provided David with practical learning that will help him receive his degree. He will be using the same data analysis techniques in his thesis that he is learning to do in his CBR Fellowship project. Initially, when David met with his partners at TNH2H, they discussed the mutual benefits that both of them hoped to receive from the collaboration. David expressed that he wanted to learn how to analyze VOC's and that this has been a big learning process for him. 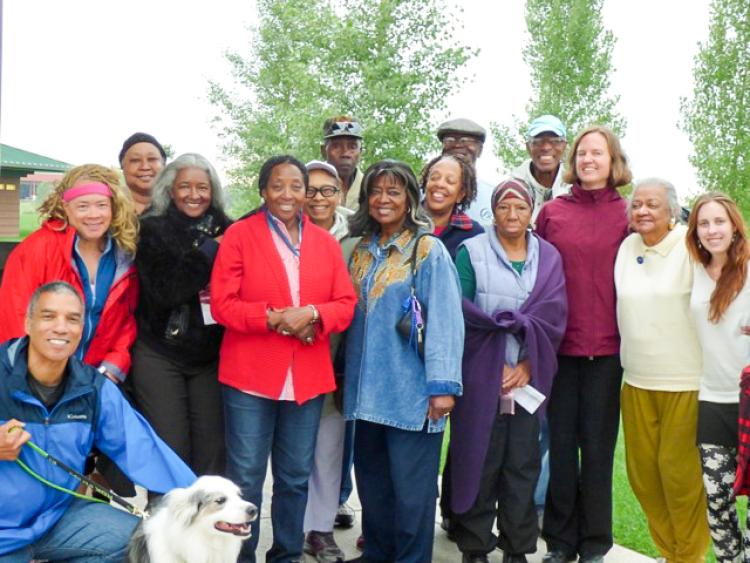 In addition to learning new research methods, one of David's favorite parts of the collaboration is "the community members themselves," he relates. "The questions I get are very genuine and curious questions. People are incredibly concerned about the environment they live in,” David says.

One of the most important parts of the project, however, is generating awareness and knowledge about these indoor air pollutants, and what can be done to mitigate them. David and TNH2H have organized a series of presentations that explain the risks of indoor air pollutants such as radon and VOCs. The presentations include information regarding the sources of toxic pollutants, the related health risks associated with them, and most importantly, how to test for and protect against them. Residents can ask questions and raise specific concerns.

“One of the biggest dangers with indoor air pollutants simply comes from not being aware of their existence. By offering outreach events like this, and working closely with our goal of 40 participants for the sampling portion of the project, we hope to continue improving public awareness towards risks such as these, and inspire a confidence among communities to investigate and ultimately ensure that people are living in healthy and safe environments,” David says.