Yesterday afternoon nearly 200 students, faculty and staff participated in "Student Voices at CU: What Racial and Ethnic Inclusion Means for Our Campus." Organizers had planned for 80 atendees, but when roughly twice that number of people showed up, it was standing room only for some participants; the room was filled with the good energy a packed house brings. Student organizer Arthur Antoine says, "It was a great turnout by faculty, staff and, students, which is a testament of the support to sustain the conversations that can hopefully lead to effectual action. It was truly an edifying experience." 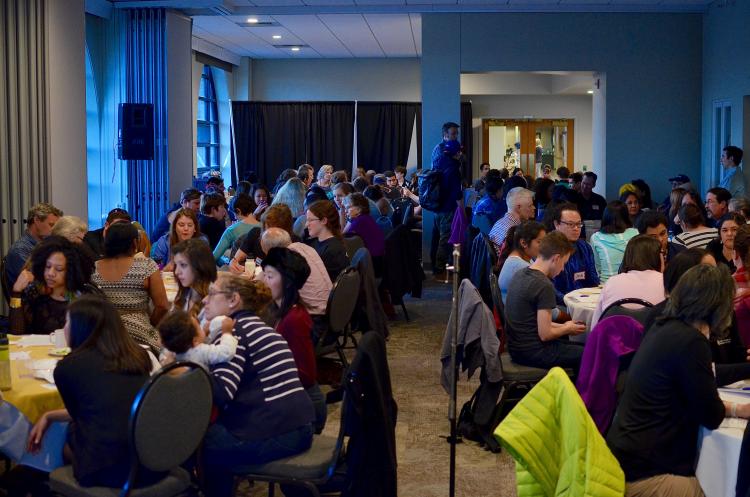 Event organizers kicked off the session with a powerful performance piece from CU Students, where different students read personal statements about experiences with racial and ethnic inclusion, or lack thereof, on CU-Boulder's campus. The statements were mostly taken from data released last year in a CU Engage report centered on the experiences of students of color at CU-Boulder, entitled "Students of Color Are Motivated Agents of Change: Why Aren't We Joining Your Programs?"; a lesser number of the statements were informally contributed by student participants during this artistic process of creating this performance piece.

Vanessa Roberts, CU-Boulder graduate student, instructor, and "Student Voices" event organizer expressed, "I am a firm believer in the power of theatre and performance to transform spaces. The performance of the data created an exciting atmosphere and invited participants to approach the event from a new lens."

A few of the lines from the performance included:

"Where are you from? (Pause.) No, really?"
"Inclusivity is everyone's responsibility, not just those that are marginalized. We all have a stake in making CU a safe and celebrating space."
"Because there are so few people of color, people look at you different. Often, you're the only person like yourself and get stared at a lot. You also have to deal with a lot of ignorant questions and comments."
"I've heard fellow students make comments about students of different races, and just because they thought I looked white, they thought I didn't identify with any of the things they were saying." 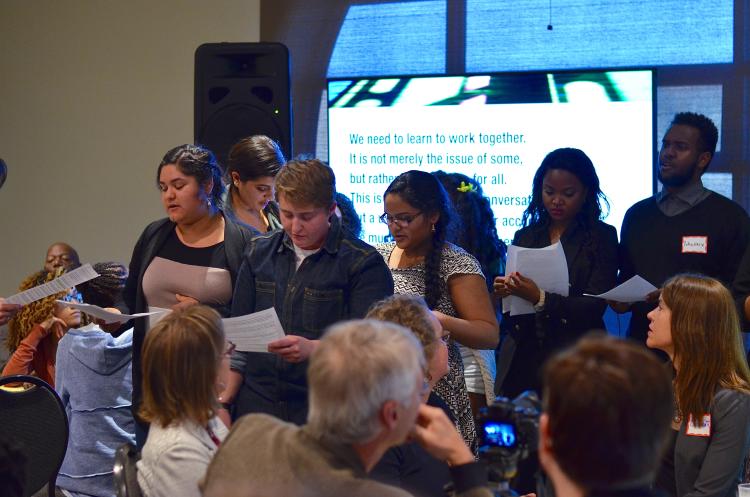 The performance closed with all the participating students reading together:

We need to learn to work together.
It is not merely the issue of some,
but rather for a concern for all.
This is no longer “just” a conversation,
but a unified voice calling for accountability.
We must begin to work together. 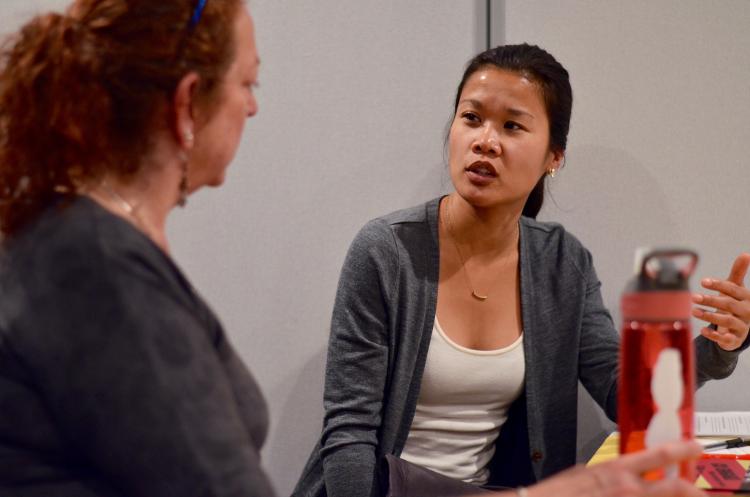 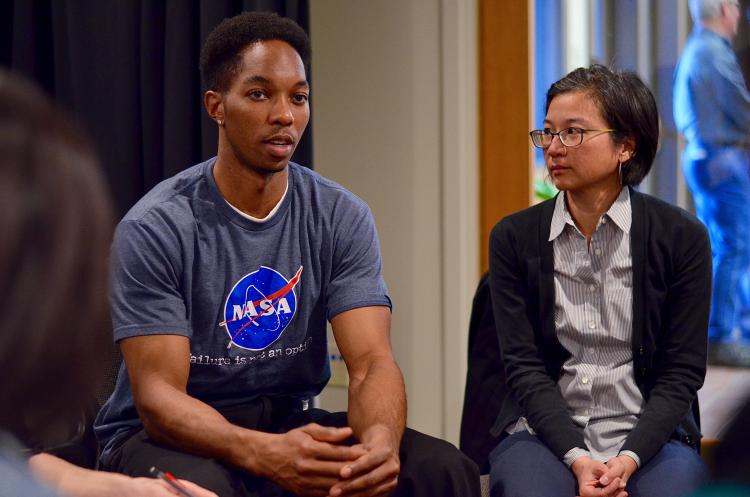 Towards the end of the 1.5 hour program, participants discussed several important questions in small groups. The questions included:

How can CU-Boulder become a more inclusive campus for people of different racial, ethnic, and national backgrounds?
•What does inclusive excellence mean to you?
•Specifically, what can you do, or your office or organization?
•What would you want to see from your professors or program leaders?
•Can you think of an example of what that would look or feel like? 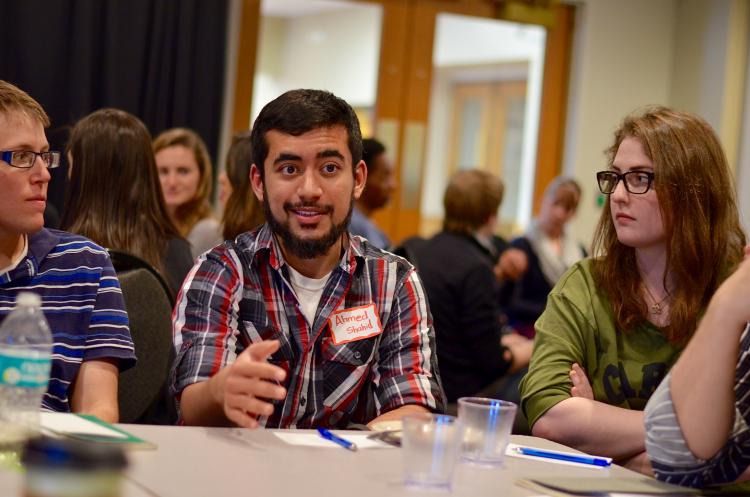 To close the event, participants shared their thoughts and responses to the guiding questions on index cards, which were collected by the event organizers.

"It was really exciting to see many people coming together to talk about a topic that is so important! I am really excited about what is coming next. I think we have reached a point where we are ready to build a bigger movement and take action! This event was very empowering to me because I know that by coming together as students, faculty, and staff we will be able to have a greater impact in the CU community."

The event organizing committee will convene in the coming days to review the information shared by participants and to analyze the data. CU Engage Faculty Director Ben Kirshner noted, "I'm excited to read the responses people gave and to help move this collective work for inclusive excellence forward." The organizing committee hopes to communicate next action steps later this spring.

To stay informed about follow-up actions and events, sign up for the CU Engage e-newsletter.