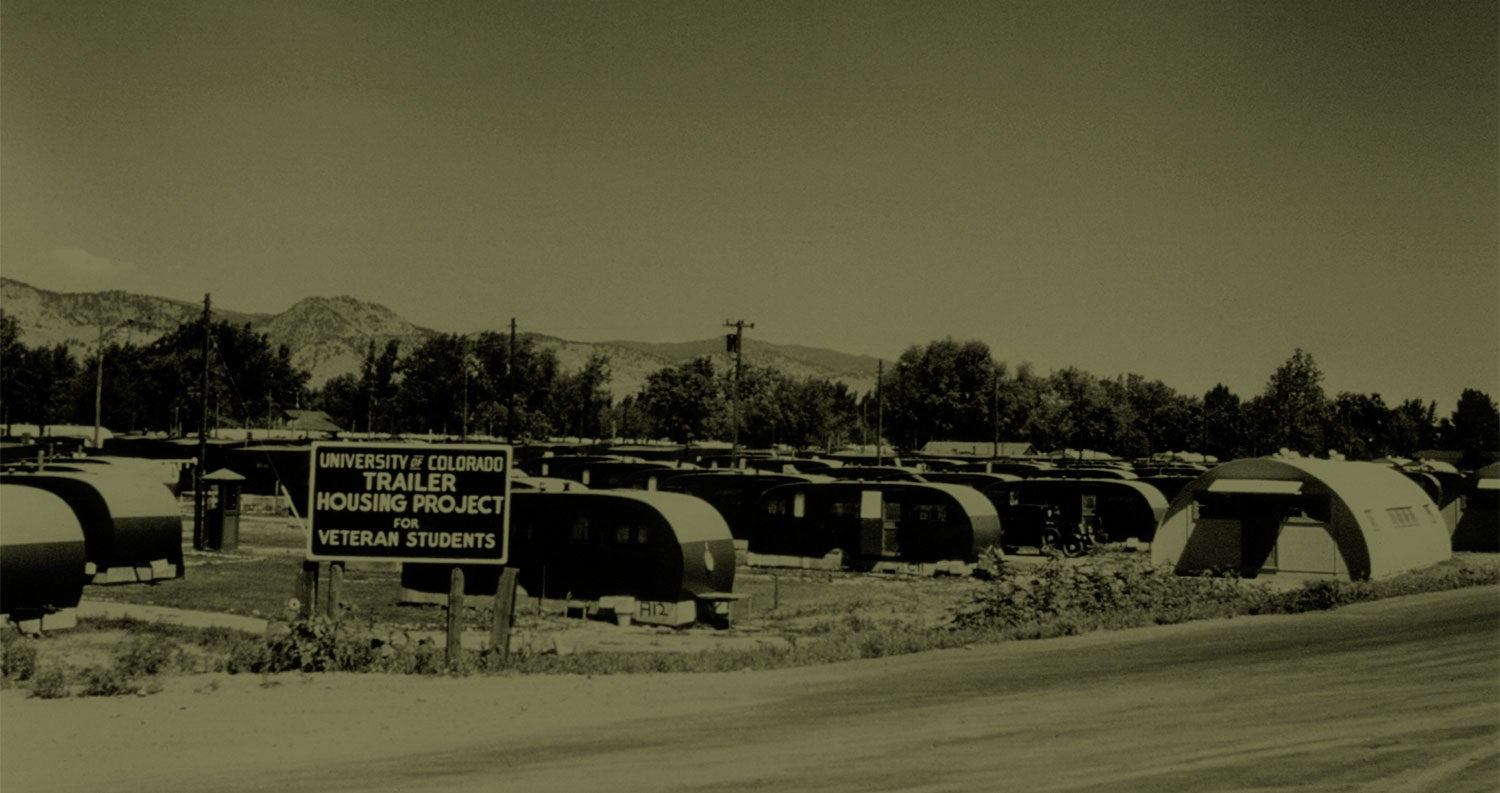 Home Fall 2022 The History of Vetsville: How CU Housed Thousands of WWII Veterans

The History of Vetsville: How CU Housed Thousands of WWII Veterans 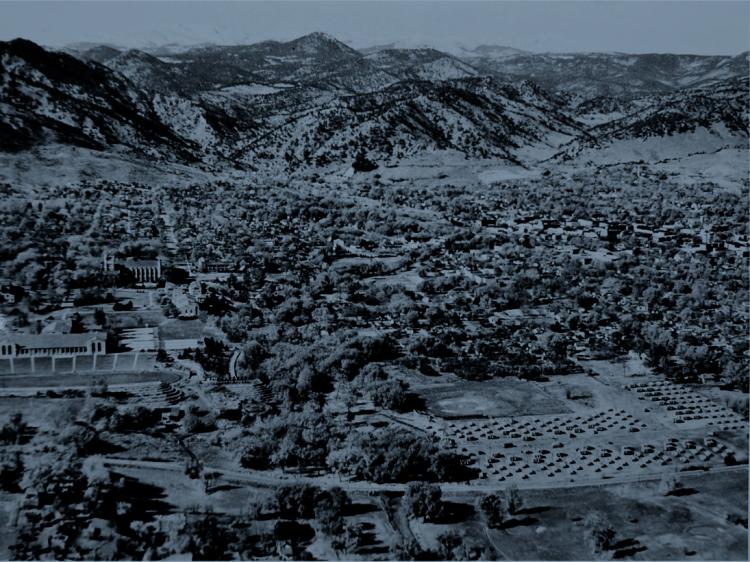 The university clamored to create housing for the more than 4,600 vets — many of whom had spouses and children — who received educational benefits as part of the U.S. government’s GI Bill. While many vets were assigned to live in double or triple occupancy dorm rooms on campus or the homes of willing Boulder residents, the university needed immediate housing for many others.

In November 1945, CU Boulder opened what became known as Vetsville, a village of trailers located southwest of what is now Arapahoe Avenue and Folsom Street.

The early dwellings were far from ideal — they were drafty and leaky.

“Cold winds coming up under the trailers necessitated many, many blankets, and families woke up on bitter winter mornings to find their drinking water frozen,” said a 1947 article in the Colorado Alumnus magazine.

In the spring, inhabitants caught rainwater in buckets and moved beds to wherever they would stay the driest.

According to the Alumnus, when the university winterized the trailers with better foundations and ceilings, the waiting list jumped to the hundreds. Within two years, the village housed 200 veterans and 250 of their family members.

In 1947, John Wesley “Wes” Coryell (ElEngr’50) and his wife Doris Coryell were among its early inhabitants. 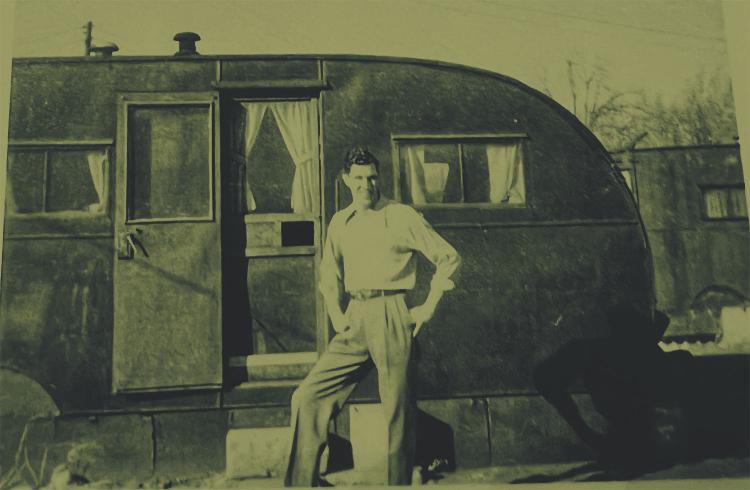 Wes served in the Navy during World War II and was primarily stationed on Lejima (also known as le Shima), an island near Okinawa, Japan.

With an honorable discharge, he began undergraduate studies at a junior college in Boise, Idaho, where he met and married Doris. Wes applied to the engineering program at CU Boulder under the GI Bill, and the couple moved to Vetsville for two years from 1947-1949.

“The space was very small, and they did the best they could with it,” said Judy Cutler, one of the Coryells’ three children. “They would sit and play cards and have a little cocktail party or a dinner party.”

Cutler recalled one story where Doris’ family visited the couple in Boulder.

“Mom and Dad had a bed, my grandmother slept on the couch, my aunt slept on the floor and my uncle slept in his car,” she said.

During the time the Coryells lived in Vetsville, the community grew rapidly.  The university purchased 60 prefabricated steel Quonset huts to house an additional 120 families and acquired nearly 200 barracks-style apartments through the Federal Public Housing Authority. 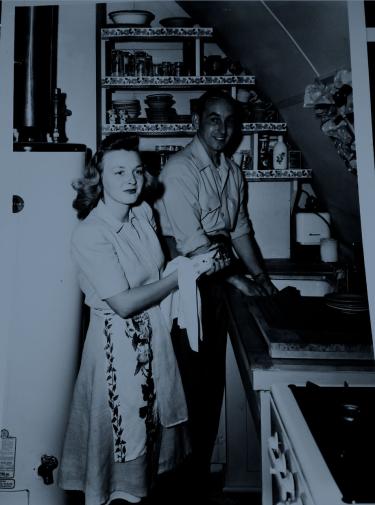 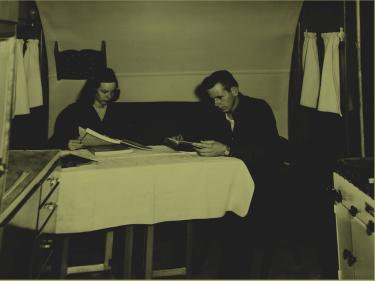 As the number of people in Vetsville grew, so did the community around it. Children played in the streets. A co-operative store opened in 1947 for Vetsville residents to shop for fresh meat, vegetables, canned foods and bakery goods. The community elected a Vetsville mayor and published its own newspaper, the Quontrabar, “named for a combination of the words ‘Quonset,’ ‘trailer’ and ‘barracks,’” according to an April 2010 Daily Camera article on Vetsville’s history.

Cutler recalled her parents talking about the friends they made during their time at Vetsville.

“They were happy,” she said.

After Wes received his bachelor’s degree, the couple moved back to Idaho, where Wes worked for a power company his entire career. Doris died in 1991 at the age of 65 and Wes in 2009 at the age of 87.

As a result of drastic downsizing over the years, Vetsville officially closed in 1973 and the university planned the construction of the Newton Court apartments for married students and faculty. Many of Vetsville’s residents were dismayed at the time. The area boasted some of the cheapest rents in Boulder — $65 a month. 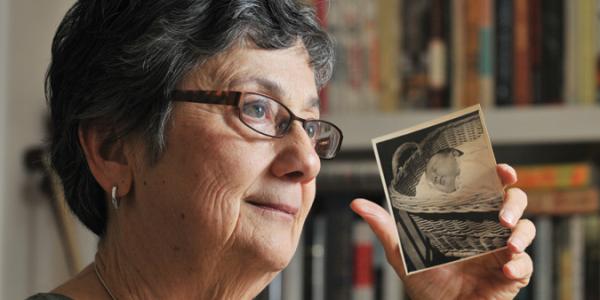 Maria Krenz (MSpanLit'77) lived in crowded basements and a laundry basket to escape notice from Nazi soldiers. But hiding her heritage in post-World War II Hungary presented other problems. END_OF_DOCUMENT_TOKEN_TO_BE_REPLACED

In Bruce Lee, CU's Daryl Maeda sees a symbol of the modern world — and the subject of his next book. END_OF_DOCUMENT_TOKEN_TO_BE_REPLACED

We stock our shelves with books and pills intended to make us happy, but CU psychologist June Gruber warns that too much of a good thing can backfire. END_OF_DOCUMENT_TOKEN_TO_BE_REPLACED