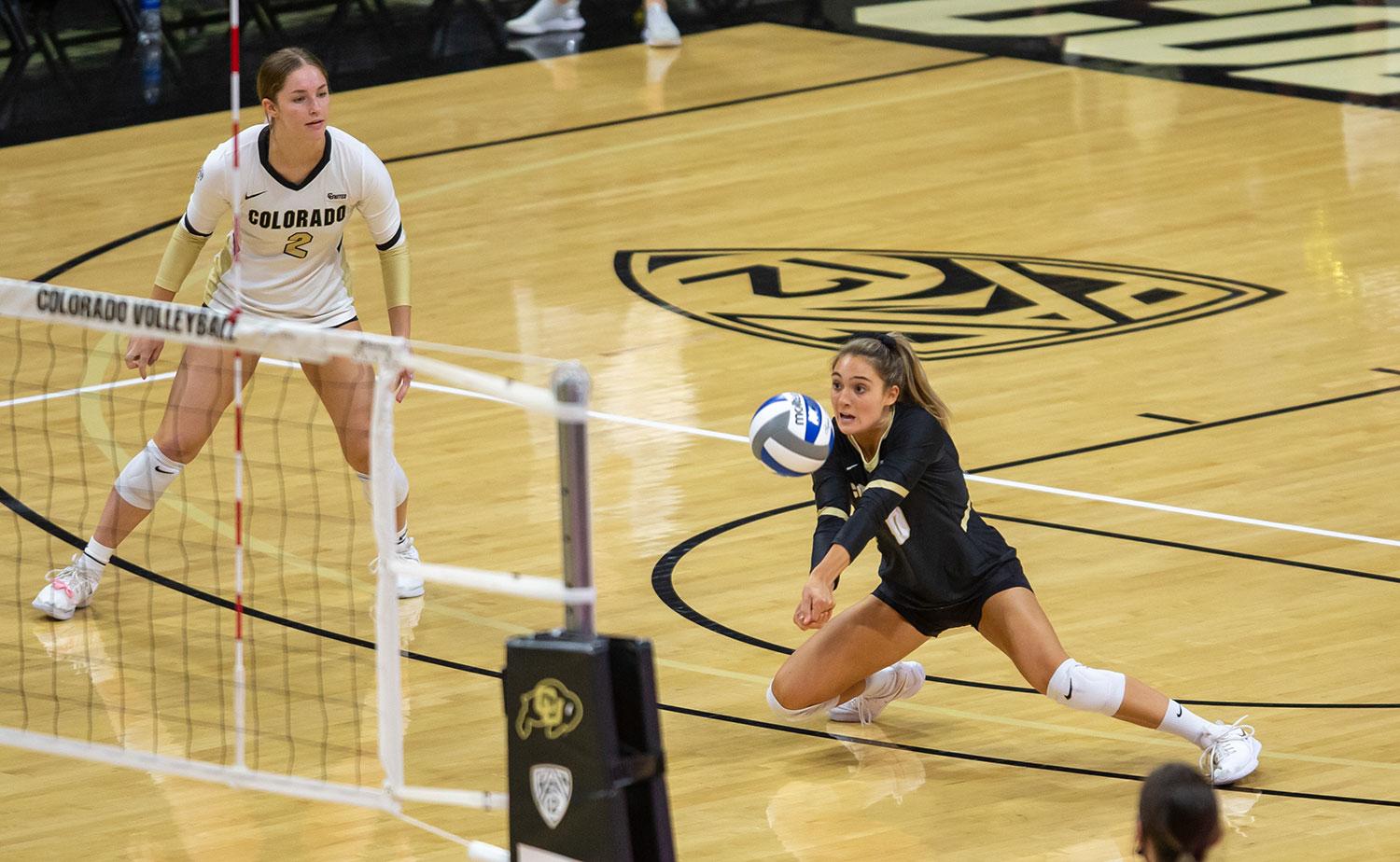 In 2017, her first season, Brynna DeLuzio (Mktg’21; MRecEcon’22) flourished as setter, finishing 10th in the NCAA in assists, earning All-Pac-12 Honorable Mention and helping CU to an NCAA Sweet 16 appearance.

DeLuzio then spent seasons switching between setter (offense) and libero (defensive specialist, pronounced “luh-bear-OH”). Due to positional need, she played libero full-time in 2021. The results: 4.67 average digs per set, best in the Pac-12, a CU record and another All-Pac-12 Honorable Mention.

“She can play two positions at an extremely high level. However, the most important thing she brings is her dedication,” said head coach Jesse Mahoney. “She is the standard that all of our players should strive toward.”

Liberos are self-sacrificing. Digs require frequent dives onto knees and elbows. Five sets in the ready position stress the shoulders and back. And liberos rarely leap up to kill a set ball.

DeLuzio knows sacrifice: “I’m a gym rat. What I work on depends on who we play that week — the spot, angle or line of defense.”

Unwilling to rest on her record-breaking 2021, the 5'9'' DeLuzio trained in the off -season to potentially return to setter. She liked how the setter had control of the ball in every play, but was concerned opponents might hit over her blocks.

Enter Adam Ringler, assistant director of strength and conditioning and head of sport science research. He designed a team training program of force plate jumps and plyometrics, which DeLuzio focused on to help her excel as a setter. DeLuzio surpassed all expectations.

“She ended up adding 4.5 inches to her vertical,” said Ringler. “We might see that with freshmen that have never done structured strength conditioning, but for a sixth-year athlete, that’s crazy.”

The gains apply similarly for libero. The vertical gain correlates to increased horizontal dive range. But, DeLuzio always plays where she best supports her team.

“I give my all, every practice, every game,” DeLuzio said. “If not, I’m doing a disservice to my team and myself for my final season.”

DeLuzio plans another switch after this season. In January, she will begin training to play beach volleyball professionally.