Before deciding to pursue a PhD, Max Ernst Riedlsperger 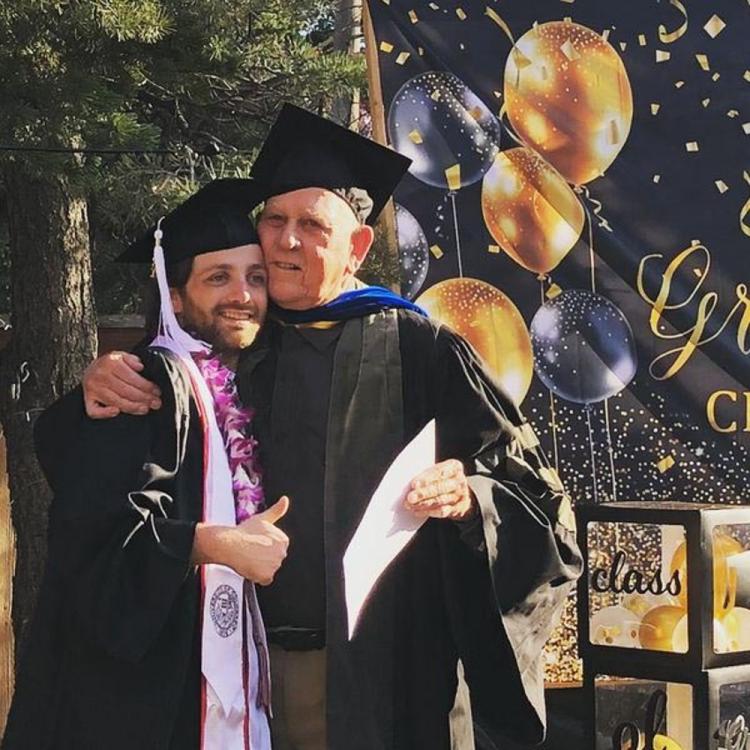 (PhDHist’69) fell in love with the mountains. After earning his bachelor’s degree at Wabash College and then a master’s at the University of Michigan, the history student from Detroit developed a penchant for the German language. This inevitably led him to spend time honing his language skills in Austria.

“Since I had become so totally enamored with the Alps and intrigued with Austria, I needed to find a university close to the mountains with a good program in Central European History,” said Max. “CU offered both.”

And so he made the decision to move with his wife to Boulder to earn his PhD in history, focusing on modern European, Central and Eastern European, German, Russian and American histories. Max defended his dissertation in August 1969, but by the time of the next official graduation ceremony in June 1970, he was already an assistant professor at Cal Poly in San Luis Obispo. Between teaching the last weeks of the spring quarter and grading final exams, there wasn’t enough time to squeeze in a trip to Boulder to attend graduation.

So this year, he’ll be attending the spring commencement ceremony alongside two other recent graduates — his grandchildren, Ben Lemiere (Econ’21) and Emily Lemiere (Comm’22).

Only 13 months apart in age, Ben and Emily have always been close. In high school, when Ben made it clear that he was interested in attending an out-of-state major conference university, his grandfather Max encouraged him to apply at CU Boulder.

And then, a year later, Emily followed suit.

“When Emily decided to attend CU — I’m not going to lie, I was a little bummed because I thought she was going to cramp my style,” said Ben. “But, at the end of the day, I’m so happy she made that decision. We became even closer when she arrived on CU’s campus. Our friend groups came together and her roommates are now some of my very best friends.” 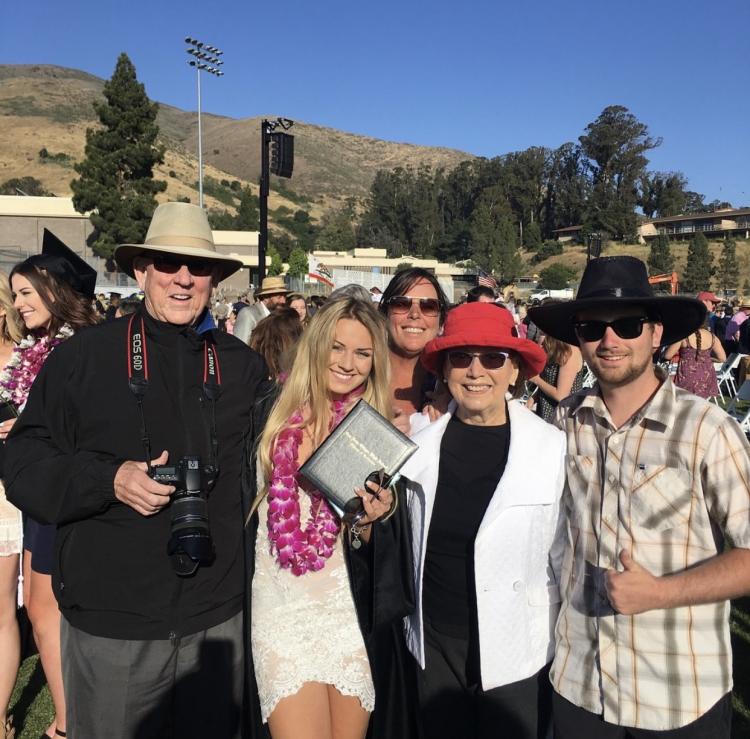 For Emily, having her brother on campus helped her adjust to a new environment.

“When I came to CU, I knew absolutely no one,” she said. “So having him there with me made it feel so much more comfortable, and having that little piece of home with me was so special.”

In 2021, Ben graduated with a degree in economics but was unable to participate in CU’s traditional commencement ceremony, which was canceled due to the COVID-19 pandemic. Instead, he had a backyard celebration with friends and family. When it became apparent that CU Boulder would bring back its spring commencement ceremony in time for Emily’s 2022 graduation, the family had an idea: have all three CU graduates participate in their graduation commencement together.

On Thursday, May 5, Max, Ben and Emily will visit Folsom Stadium together to take part in the 2022 spring commencement ceremony at CU Boulder. The multigenerational celebration is a special experience for their close-knit family.

“It’s really hard for me to even put into words what it means to me that all three of us are getting to walk together,” said Emily. “I never thought this would even be an opportunity so it is extremely special. Knowing that my grandfather attended this school in the 1960s and now my brother and I get to obtain degrees here…I feel as though our roots have been planted within this campus. To celebrate this accomplishment together is truly unimaginable.”

After graduation, Emily plans to follow in Max’s footsteps.

“I have always been like my grandfather when it comes to education, so of course I am pursuing another degree,” Emily said.

Next fall, Emily will attend the Sandra Day O’Connor College of Law at Arizona State University to study sports law and business. She hopes to one day represent female athletes with a long-term dream of starting a non-profit organization.

Meanwhile, Ben is focused on the family business. He manages his parents’ bar in Paso Robles, California, and looks forward to helping them open another location this summer.

As for Max, his plan is to continue enjoying his retirement with his wife Deanna, kids and, of course, his grandchildren.

In the meantime, all three will celebrate their commencement together at the ceremony, followed by a small party at Emily’s house. 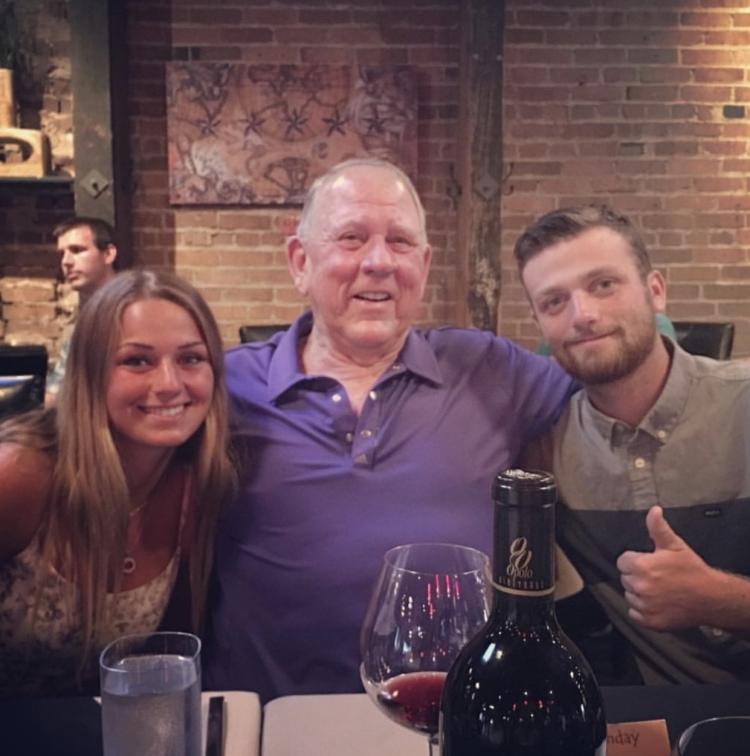