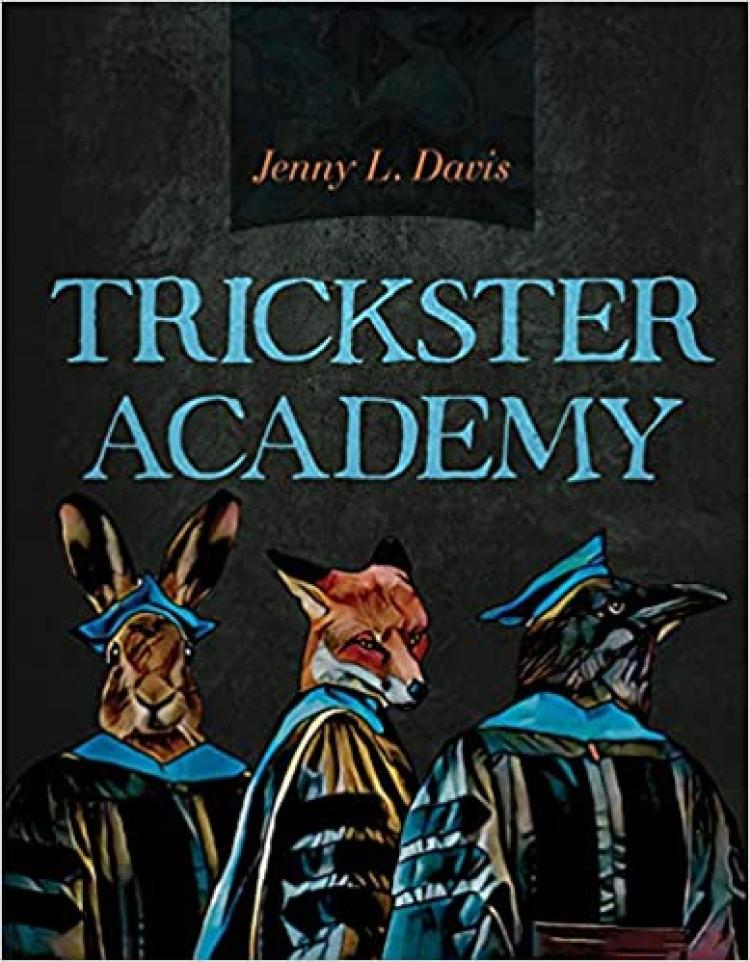 Trickster Academy is a collection of poems that explore being Native in Academia—from land acknowledgement statements, to mascots, to the histories of using Native American remains in anthropology. Jenny L. Davis’ collection brings humor and uncomfortable realities together in order to challenge the academy and discuss the experience of being Indigenous in university classrooms and campuses. Organized around the premise of the Trickster Academy— a university space run by, and meant for training, Tricksters— this collection moves between the personal dynamics of a Two-Spirit/queer Indigenous woman in spaces where there are few, if any, others and a Trickster’s critique of those same spaces.

Trickster Academy is playful at times, yet more complicated and salient issues are at the heart of these poems. Davis’ Trickster Academy deeply challenges the institutions that still hold Indigenous remains in their archives and storage rooms, and the insincerities of the academy when it comes to acknowledging Indigenous peoples. The realities that the poems in Trickster Academy address are not only relevant to people in academic positions. From leaving home, to being the only Indian in the room, to having to deal with the constant pressures to being a ‘real Indian’, these poems illuminate the shared experiences of Indians across many regions, and all of us who live amongst Tricksters.