From Running to Reporting: Q&A with Kara Goucher

In 2008, Kara Goucher (Psych’01) ran the 5,000m and the 10,000m races for the U.S. at the Beijing Olympics. In 2012, she returned to the Olympics as a U.S. marathoner. She has since transitioned to trail running and most recently has started a career as a track and field and distance analyst for NBC TV. This summer, she is headed to the Olympics again — this time, as a commentator for NBC. Below, she discusses her favorite Boulder trail, how her racing career informs her reporting and the importance of believing in one’s own abilities.

How did you get started as a runner and athlete?
I started running when I was six years old. My grandfather was a lifelong runner who took me to a race. I started organized running in seventh grade and fell in love with it. That eventually led to a scholarship at CU and then to two Olympic teams.

What was it like to transition from your role as a professional athlete to your current role as a sports analyst?

I’m new to this job! I was asked to audition earlier this year and have only called a few competitions so far. I called the distance races at the Olympic Trials last month. That was good preparation for what the Olympic Games will be like.

Obviously, my years of being a professional athlete on the track circuit allow me to see the races in a different light. My job is to share with the audience why things are unfolding the way they are.

How has your perspective on the games changed as your role has changed from competitor to analyst?

Of course, when I was competing, the Olympics were the ultimate height of my athletic achievement. Now that I’m removed from competition, I realize that there is so much more to a career. As an athlete, reaching the Olympics is always the goal. Working for NBC is different. We are at the games, and our job is to tell the athletes’ stories well.

What excites you most about the opportunity to report and comment on the Olympics for NBC TV? 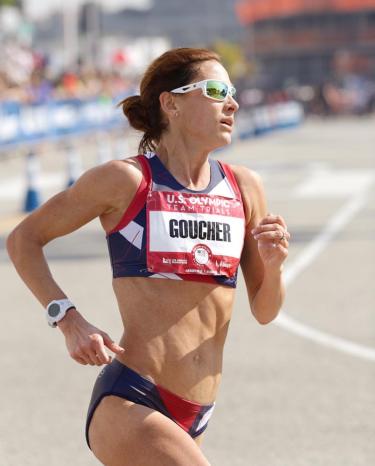 I’m most excited to get the audience to care about the athletes on the track. I want to explain strategies and who the athletes are as people. I’m excited to see the races unfold in front of me and talk about it!

Do you have a favorite trail to run on near Boulder?

There are so many. I do love Bobolink for easy recovery runs.

What advice would you give to young athletes with Olympic dreams?

What do you like to do when you’re not running or reporting?
I love being a mom to my son Colt, designing running clothes for Oiselle, encouraging other people to run, reading, cooking and spending lots of time with my family.