50 Years on Campus: Linda Frueh Wellmann Reflects on Half a Century at CU 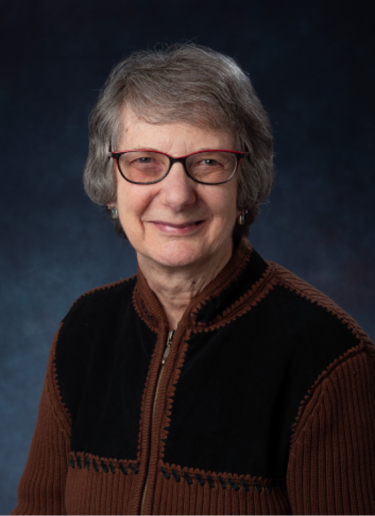 As of 2021, Linda Frueh Wellmann has served 50 years at the University of Colorado. Linda was hired as a receptionist in the purchasing department (now called Procurement Service Center) on June 1, 1970, then moved on to tracking purchase requests. She worked there until November of 1978 when she moved to the physics department as their undergraduate administrative assistant.

In January 2003, Linda retired but came back later that year to work part-time for the Physics Education Technology Project (PhET) under Professor Carl Wieman. Two years later she moved back into the physics department office, where she continues today. In her time at CU, she has had a front-row seat to the immense growth of CU. Below, Wellmann reflects on campus developments, sitting through sit-ins, and the positives and negatives of remote work.

What parts of the university have you seen grow, develop or change in the 50 years that you’ve worked here?

How have your commute and the city of Boulder changed since you arrived here in 1970?

Boulder has a great bus system on which you can get around anywhere now. Early on, there were no buses running from Longmont to Boulder, so CU employees who lived in the Longmont area rented a van from the CU Transportation Center. At one time we had two vans. Each of us paid so much a month and that paid for the van rental. That went on for several years. I made many friends riding that van.

What was it like to work in the physics department? Did it affect your perspective on or interest in science?

I never did learn physics. But before the ease of data processing, I typed a physics textbook and many publications and papers using a typewriter and various “Greek” tools.

Where was your first office on campus, and how has it aged?

It was in Regent Hall, West Side. We had no windows, but we did have a glassed-in green area with flowers and a small tree. In 1971 or 1972, Boulder had a 149 mph wind gust that took out that window. We taped it, but it still broke. That was when I learned glass could bend.

Also, when there was the Vietnam War sit-in in Regent Hall, we were trapped in the purchasing department until the students said we could leave. After that they put in a back door for emergencies.

What departmental projects have interested you the most in the time you’ve worked with the physics department?

The Physics Education Technology Project (PhET) is a great tool for teaching physics. It’s like using a computer game — something that the students are used to — to teach physics. It’s fun and interactive and for different age levels.

Another project I enjoyed following was Physics-4-Fun with Channel 4 News, when Professor John Taylor and Larry Green (from Channel 4) filmed a series in the physics department and on campus. Each day Mr. Green gave a “clue” word on the news program. Students could win a computer for their school by watching and matching the clues. Professor Taylor and Larry Green both received Emmy Awards for that series.

How have technological developments over the last half-century made your work easier or more difficult?

I miss the personal interaction with the students we used to have. We went from adding and dropping students from classes using punch cards with long lines, to everything being entered online. I understand that this is progress, but I miss the interaction. So now, during the first week of classes, I stand out in the hall greeting and directing students to their classrooms.

Since the pandemic sent everyone online, what has your experience been working  remotely? How was the transition for you?

The transition was easy — I just hooked up my computer at home. A lot of things are different, though — the commute is walking across the hall instead of a one-hour bus ride to Boulder and another hour home. But because the students were not on campus, a lot of the work slowed down. I miss the interaction with the students.

As such an experienced worker, what advice would you give to a young person entering the job market now?

Treat everyone with respect. Work hard and always do your very best. Take classes if you need to. Always keep learning how to do your job better, because having a job is a privilege.

What is your favorite memory from CU?

Helping with commencement — what a wonderful time! I got to see the completion of hard work on all of our parts — student, faculty, staff, parents.

You wrote that you’re a big CU Buffs fan. What sport do you enjoy the most?

Football! I loved the Coach Mac era and beating Nebraska once in a while (2001, 62-36). I still have my sweatshirt from 1990 when three Colorado schools — Airforce, CU and CSU — won their bowl games. It says “Colorado Proud” with a Falcon, Buffalo and Ram on it.

What are your hobbies and interests outside of work?

I enjoy reading, crocheting, playing games with the grandkids, walking and watching all of the Colorado teams.

Condensed and edited by Grace Dearnley