Infographic: Beyond the Bluebird Sky

With at least eight institutions dedicated to solar and space physics, the city of Boulder is a global mecca for science related to the sun. Since the end of World War II, CU has made major contributions to this research. In 1946, solar labs existed on campus, and today the East Campus houses the National Solar Observatory (NSO), the national center for ground-based solar physics, which is building the largest solar telescope in the world. 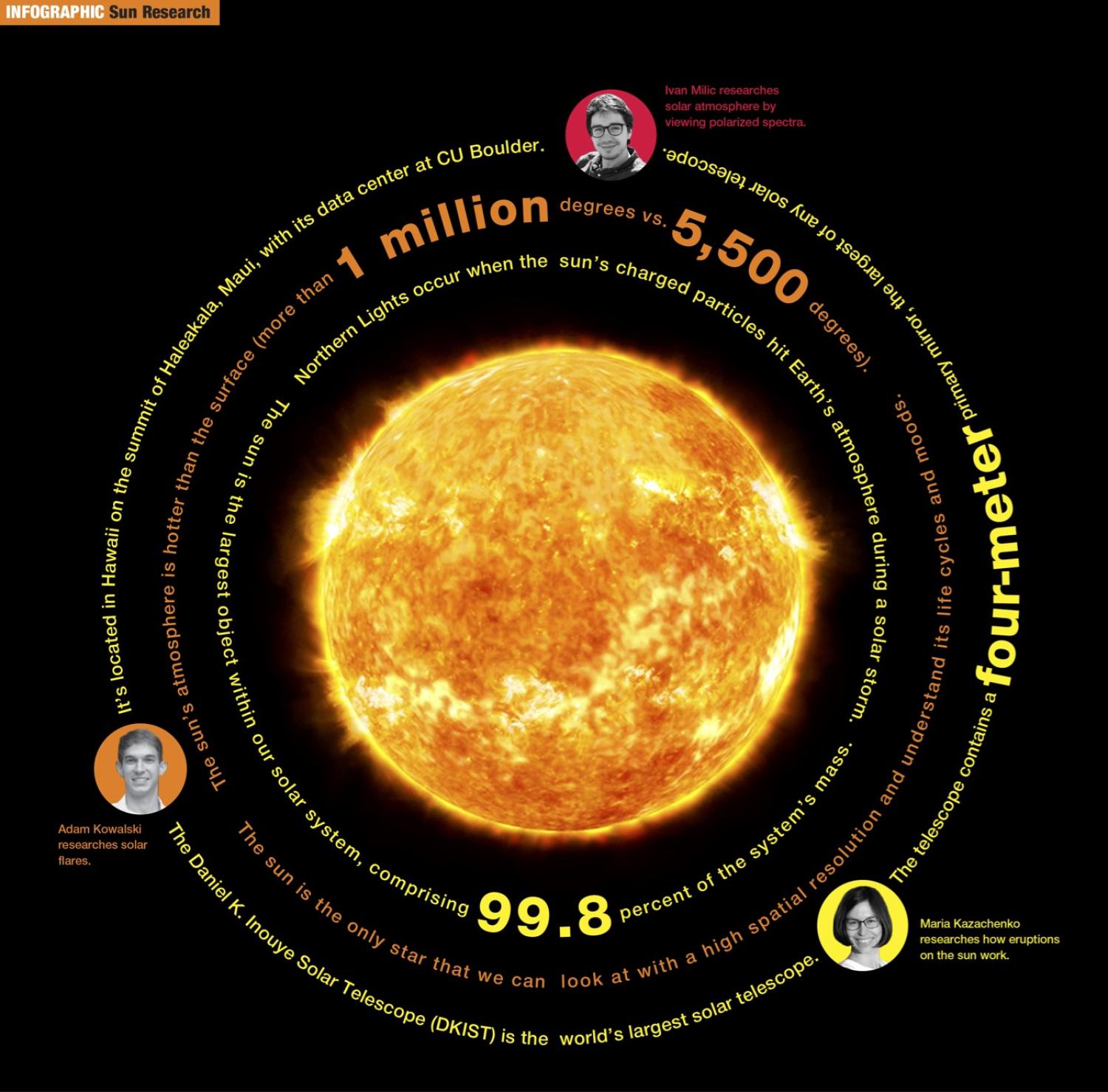 The Daniel K. Inouye Solar Telescope (DKIST) is the world’s largest solar telescope. The telescope contains a four-meter primary mirror, the largest of any solar telescope. It’s located in Hawaii on the summit of Haleakala, Maui, with its data center at CU Boulder.

The sun is the only star that we can look at with a high spacial resolution and understand its life cycles and moods. The sun’s atmosphere is hotter than the surface (more than 1 million degrees vs. 5,500 degrees).

The sun is the largest object within our solar system, comprising 99.8 percent of the system’s mass. Northern Lights occur when the sun’s charged particles hit Earth’s atmosphere during a solar storm.

Funded by the National Science Foundation

The DKIST is located on land of spiritual and cultural significance to Native Hawaiian people. The use of this important site to further scientific knowledge is done so with appreciation and respect.