Home Class Notes Books By Alums The Scholar and the Struggle: Lawrence Reddick's Crusade for Black History and Black Power

The Scholar and the Struggle: Lawrence Reddick's Crusade for Black History and Black Power 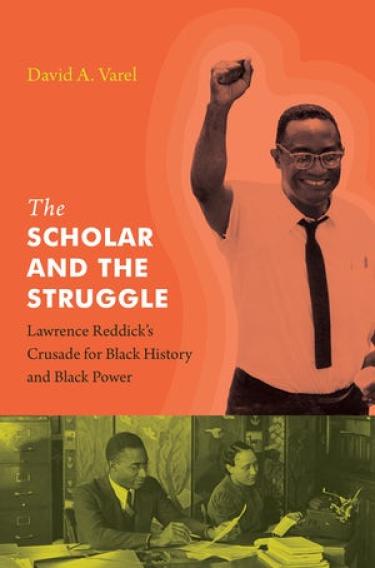 Lawrence Reddick (1910–1995) was among the most notable African American intellectuals of his generation. The second curator of the Schomburg Library and a University of Chicago PhD, Reddick helped spearhead Carter Woodson's black history movement in the 1930s, guide the Double Victory campaign during World War II, lead the Southern Christian Leadership Conference during the Cold War, mentor Martin Luther King Jr. throughout his entire public life, direct the Opportunities Industrialization Center Institute during the 1960s, and forcefully confront institutional racism within academia during the Black Power era. A lifelong Pan-Africanist, Reddick also fought for decolonization and black self-determination alongside Kwame Nkrumah, Nnamdi Azikiwe, Léopold Senghor, and W. E. B. Du Bois. Beyond participating in such struggles, Reddick documented and interpreted them for black and white publics alike.

In The Scholar and the Struggle, David A. Varel tells Reddick's compelling story. His biography reveals the many essential but underappreciated roles played by intellectuals in the black freedom struggle and connects the past to the present in powerful, unforgettable ways.