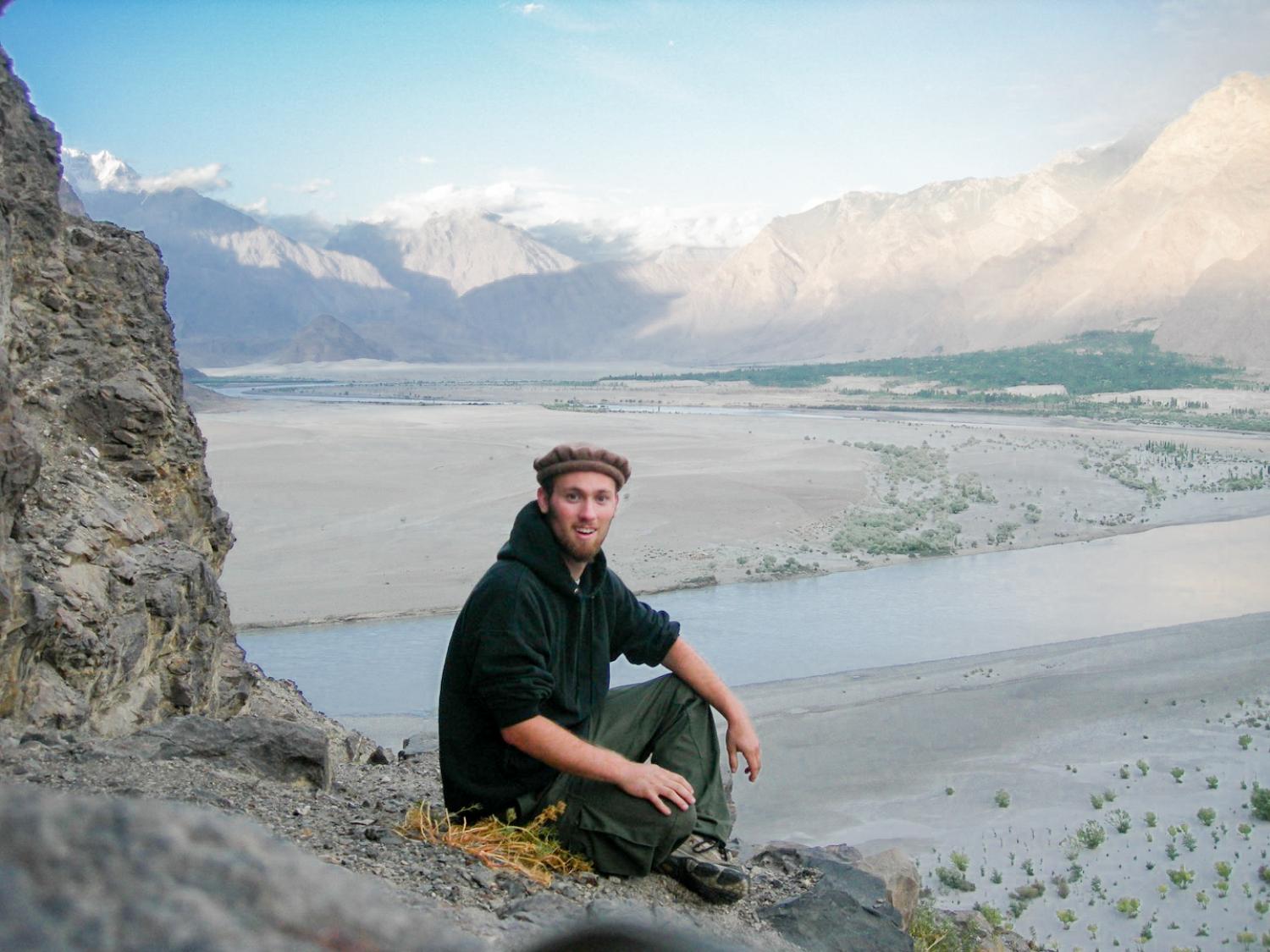 Put rural communities on the map and you might literally be building roads to prosperity. For Walker Kosmidou-Bradley, that’s the plan.

Here’s a story Walker Kosmidou-Bradley (IntlAf’09) tells about his early life with maps: On a Boy Scout backpacking expedition up a slot canyon in southern Utah, when he was about 17, he and the hikers he was leading plotted their course along a river using U.S. Geographical Survey quads — navigating terrain and choosing where they would make camp. When they set off, they discovered a problem: The geography no longer matched the maps.

“The river was no longer on the far side of the canyon,” Kosmidou-Bradley said. “So our proposed campsites were underwater.”

It was an important reminder from nature: The courses of rivers can change. One intense flood can rewrite geography. So you readjust to the realities on the ground. And perhaps one day help correct the maps.

As a geographer working with the World Bank as part of the South Asia and Middle East/North Africa poverty team, Kosmidou-Bradley has found himself not just correcting maps but frequently filling in the blank spots that still exist. 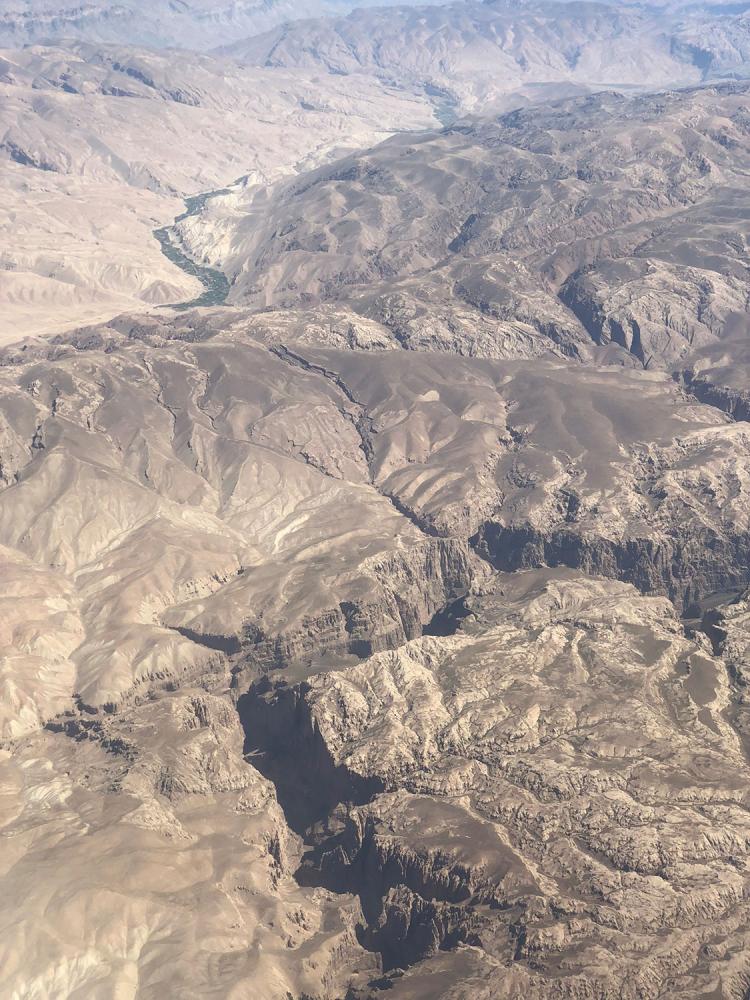 Much of his work the past three years has been focused on Afghanistan. He leads teams to build maps with accurate and complex layers of data that can have a profound effect on the livelihood of people: helping set priorities for humanitarian aid and infrastructure development, ensuring that communities have access to health care, clean water, schools and a market for their crops — and perhaps tipping the scales to take them from extreme poverty into a more prosperous and hopeful future.

For a country that has faced conflict for decades, that matters profoundly: Where are the roads — and are they paved or gravel or bare earth? Where are the hospitals and schools — and how long does it really take to get there from each village? Where are the electrical lines? And where do they need to be, in terms of where people really live?

“There were villages that were not on the map,” Kosmidou-Bradley said. “Now they’re on the map.”

That matters because in rural areas where the overall population density might be thin, people actually are clustered in a few areas. If there’s funding to build 20 wells in a district, for instance, that helps inform where the wells should be.

This type of mapping makes use of geospatial data, which is tremendously useful if it’s accurate and current — and publicly available. In the developing world, often none of those conditions are true. So Kosmidou-Bradley and others set out to change that in Afghanistan, with data contributions made by scores of contributors in Afghanistan and Washington, D.C., alike. They apply data gleaned from satellite imagery as well as crowdsourced data input on low-cost smartphones out in the field. Teams of contributors trained in the mapping protocols and software tag features. They apply data from — and for — infrastructure projects and agriculture, education and healthcare. 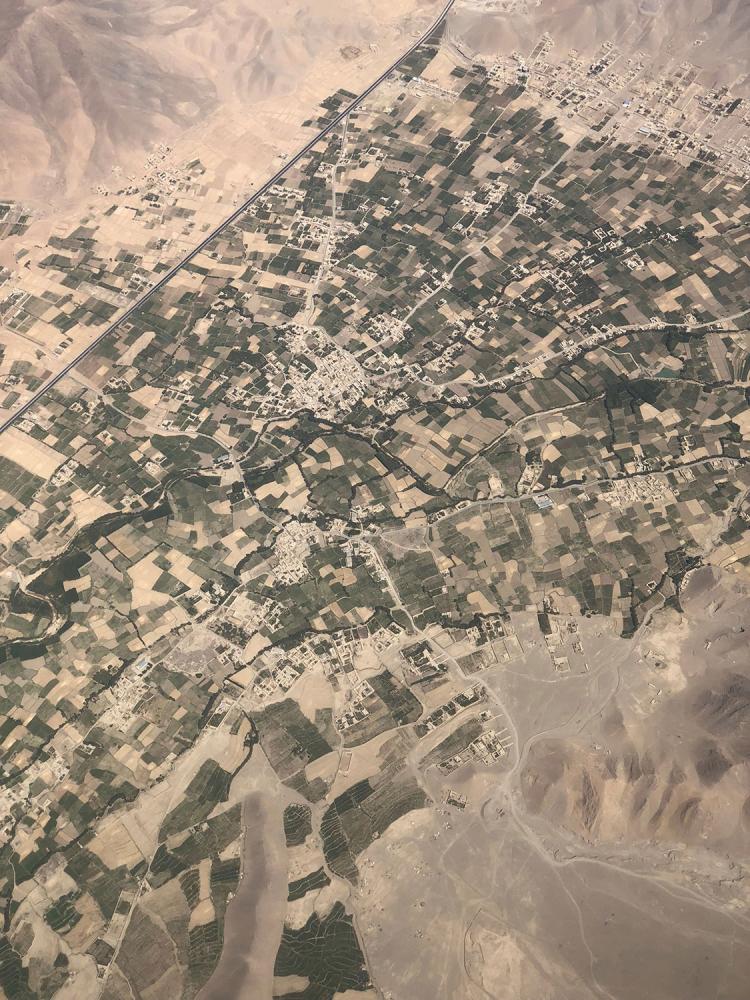 “It’s not just a single data source, but it’s many different data types coming together,” he said. “That is where the real power comes in.”

Focusing on Afghanistan, Kosmidou-Bradley has hosted “mapathons” in both Kabul and at the World Bank Building back home, enlisting work by government ministry officials, students and professors. Following a multi-day workshop introducing participants to a graphic information system (GIS), 25 people took part in the biggest mapathon in Kabul. Back in D.C., some 40 took part.

During winter, when roads aren’t under construction in Afghanistan, they have also tapped field surveyors and construction engineers to enter data on what they built.

Stateside, Johanna Belanger was one of the collaborators on a project map - ping road data in the province of Ghor, in northwestern Afghanistan. She was a student in Washington, D.C., at the time; the project offered a powerful lesson in how poverty and development are inextricably tied to geography. She’s now a consultant to the World Bank.

“...perhaps I can in fact make a difference in the world, one edit at a time.”

With all those efforts, the work is not just about the resulting map; it nurtures a community of people who have the skills and commitment to continue the work and, in turn, to train others.

The true value of the maps is that the data isn’t locked on a computer belonging to the World Bank or a government ministry. Instead, the open-source platform they use for mapping the data, OpenStreetMap, allows for the created data to be available to the world in minutes. And, as consultant Belanger said, working on this platform “gives me a sense of global citizenship and the feeling that perhaps I can in fact make a difference in the world, one edit at a time.”

Lessons from the Map Library

It was in CU Boulder’s map library that Kosmidou-Bradley learned to read geography and history as charted on paper. Other lessons he learned: Everything happens somewhere. That and, he said, “Humans are inherently visual creatures. We process information visually at a shockingly fast rate. Humans are also inherently spatial. When people think of maps, they often think of just normal geography, but it can include everything.”

He took that knowledge to work for the Department of Defense in 2010 and learned to navigate digital mapping environs. (And in moving from Colorado to Washington, D.C., he learned the lesson that you don’t map work-to-home in terms of geographical distance but time — especially during rush hour.)

At the World Bank, which he joined in 2016, he learned the value of a holistic approach: Where the agriculture team in Afghanistan has identified a project could have great impact, partner that with the transport team to ensure better roads to market and that amplifies the value of both projects. Or by logging where certain diseases are showing up, you might see that by pairing that with information on water and sanitation, the answer to better health for the community might not be simply more doctors — but more wells. 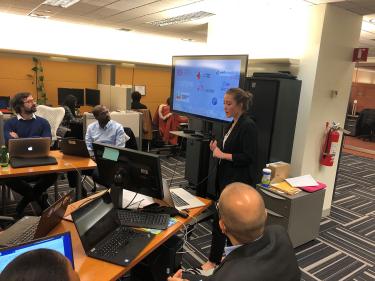 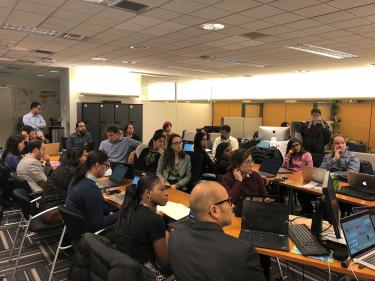 Kosmidou-Bradley has hosted “mapathons” in Kabul and at the World Bank Building in Washington, D.C., enlisting work by government ministry officials, students and professors.

The community working with the data needs to be broad-based, too.

“When people say geospatial data, geospatial analysis or just geography, that is a huge field,” Kosmidou-Bradley said. “No single person knows all of it.”

But by training a range of team members, he hopes to build a sustainable skills pipeline.

“Some people will go into government, some people go into the private sector,” he said, which in turn could foster entrepreneurship.

And if all goes well, he works his way out of a job.

Though, of course, OpenStreetMap isn’t only for the workday. It takes the Wikipedia ethos but identifies a username with each data point that gets added — which ensures accountability. Kosmidou-Bradley has used the platform around the world — from Greece, where his wife is from, to roads north of Winter Park, Colorado, where they held their wedding. In the mountains, he said, “I realized that some of the roads in OpenStreetMap up there were not entirely correct. So I went through and corrected those.”

On a Tuesday afternoon in March when we met at the World Bank Building in Washington, D.C., Kosmidou-Bradley wore a gray suit and a red-and-silver tie. He is trim and fit with brown hair and blue-gray eyes. It just so happened that a few days before, the United States had signed a peace agreement with the Taliban, a remarkable milestone in the history of Afghanistan. As for what that will mean for his work, Kosmidou-Bradley won’t speculate — so much can change week-to-week — though he’s seen firsthand the cost of conflict in the country.

Through the mapping of Afghanistan, he has also come to know the settlements and castles along the ancient Silk Road in the north. He was stunned to discover city fortifications that ran for 10 or 15 kilometers at a stretch. Having professors and students map these parts of the country’s heritage also matters to organizations like UNESCO: what is there and what should be protected.

“Now that I’ve seen some of these castles, I’m going to go visit them,” Kosmidou-Bradley said brightly.

Years ago, before going to work for the World Bank, he backpacked through Pakistan. And through his work in Afghanistan he’s seen landscapes that spark his desire to explore terrain that’s entirely new — yet hit close to home.

“When I was a Boy Scout leader we spent a lot of time in southern Utah doing slot canyons,” he said. And in Afghanistan, he said, “I see a lot of slot canyons.”

For years, the Taliban banned music in Afghanistan. Now the country has its first all-female orchestra — and Allegra Boggess to thank. END_OF_DOCUMENT_TOKEN_TO_BE_REPLACED 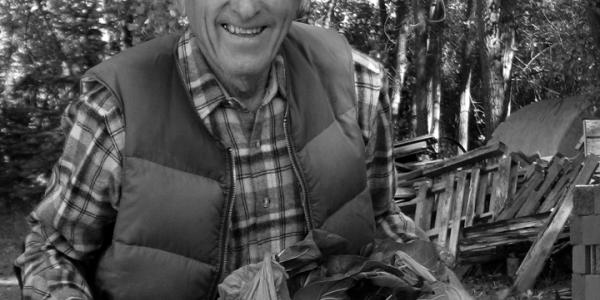 Richard was recruited by CU to develop the geography department at the Denver campus. END_OF_DOCUMENT_TOKEN_TO_BE_REPLACED 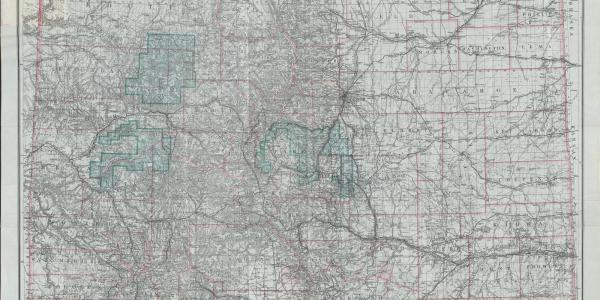 A CU Love Story, With Maps

One recipe for enduring love: Wes and Linda, a typewriter and a 1902 map of Colorado. END_OF_DOCUMENT_TOKEN_TO_BE_REPLACED