The Start of the Buff Clap 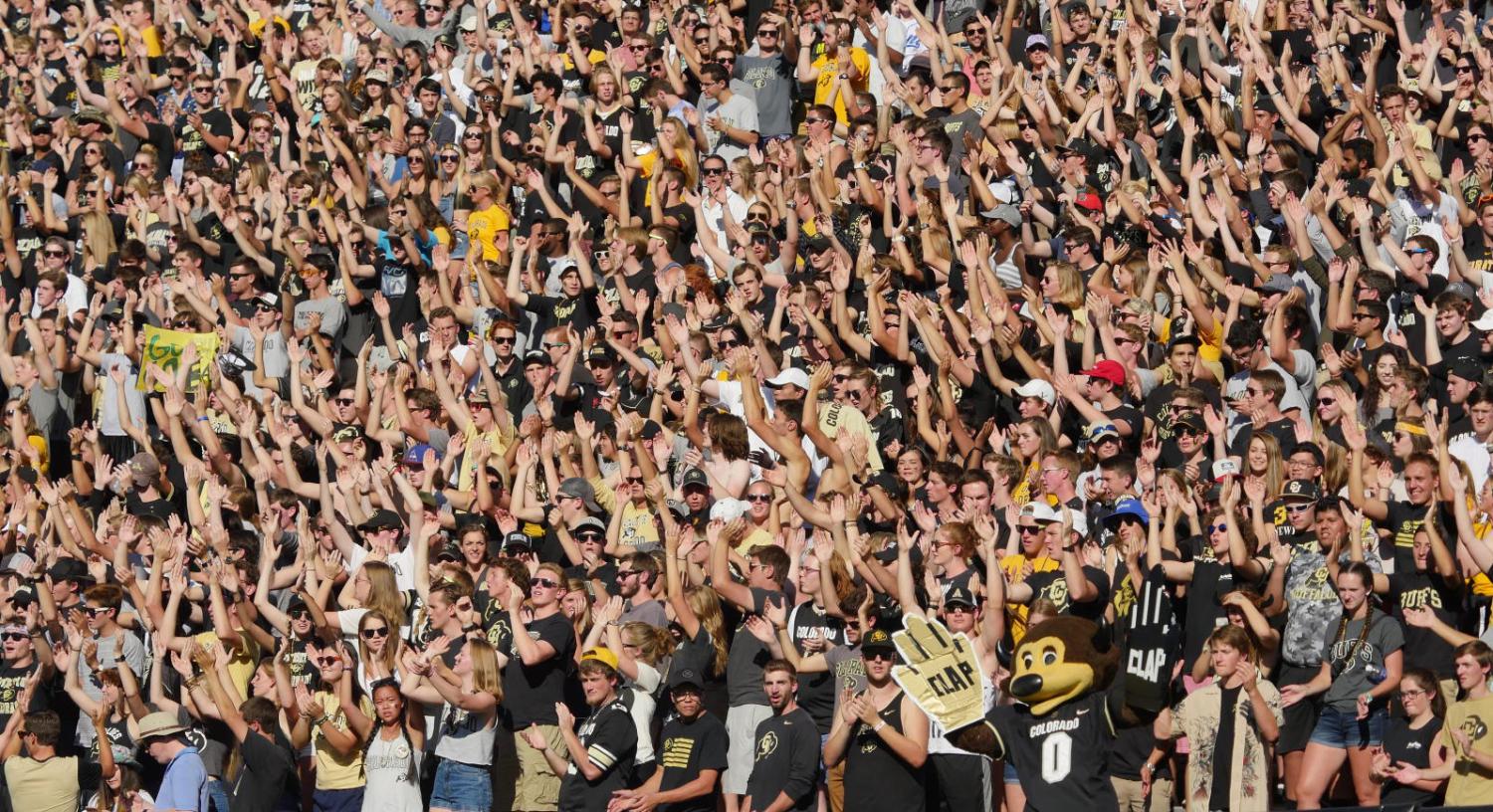 Ted Chalfen (Film’17) brought the Buff Clap — a synchronized crowd cheer led by mascot Chip that starts slow and gains momentum — to CU Boulder as a member of the C-Unit, the university’s student section at athletic events. Now working as a video editor at NFL Network in Los Angeles, Ted reflects on how the Buff Clap tradition began.

When did you become a Buffs fan?

I grew up in Boulder going to CU games. A lot of the traditions were already familiar to me and I wanted to join the C-Unit someday. I saved a shirt that I caught at a basketball game — it was a big dream of mine to be a part of all that.

Ted Chalfen cheering on the Buffs with the C-Unit student section.

How did you get involved with C-Unit?

For football there wasn’t much organization because C-Unit was really a basketball thing at that time and attendance at football games had cratered. Then, in 2014, an email went out that some students were starting a football student section. I started to go to all those meetings and became one of the founding members of what was then called Folsom Frenzy.

From the start we had ideas to try and make new traditions for the football team — both bad and good. I really value traditions. I think there's space for new things but I think it’s important to keep traditions alive. I really think it’s terrible that the “Supa Dupa Tuba” cheer went away at [basketball] games this year. Things like singing “Glory Colorado” and the “Alma Mater” — even if people don't know all of the words — need to be maintained because they're very important to a lot of people.

Ted with other CU fans cheering on the Buffs during the 2015 Rocky Mountain Showdown in Denver.

What was an idea you came up with in the beginning that didn’t quite take off?

There was this one really complicated cheer some people tried to adopt from the U.S. men’s soccer team, there was just a lot going on. I remember trying to get people to do it and it never really took off, students don't want to have to memorize a long cheer — I probably couldn't even say the whole thing back to you. People memorize the “Fight Song” and that’s pretty much it.

Something like the Buff Clap is successful because there are no words involved and people can just follow Chip.

How did you first learn about the Icelandic clap, which the Buff Clap mimics?

I was watching the European Championship on TV and Iceland had a Cinderella run and beat England and their fans did that chant. My dream when I saw the Icelandic fans do it was to bring it to a packed student section at Folsom — the student section is the only place where a euro-level of fanaticism can be replicated.

I’d like to think we were on the cutting edge of bringing it to America, but it certainly was a well-known thing. I think a lot of people thought that it would be a good idea to bring to their teams.

What did it feel like to experience the Buff Clap in real life?

It only works if there is total silence from the PA, the band and the stadium, and all the attention can be directed on the student section.

The first time we tried it was the first home [football] game. I was a little bit nervous because it was my idea, but it also felt like a practice run. What I was really excited for was when we would get into conference play and have the place packed.

Arizona State was the first night game and the first time I had ever seen the student section completely packed. Seeing everything stop and be silent and have everyone do the Buff Clap — my heart definitely swelled in pride at that moment.

The peak of it was a sold-out game against Utah. I’ll never forget when we started the Buff Clap, I saw a couple of Utah players turn around from their huddle and look at us. I thought ‘oh man if we’re actually getting in their heads that’s more than I could have ever asked for.’ The visiting team is never supposed to acknowledge the student section. Your fantasy as a fan is that in some small way you can impact what’s going on the field.

Is there a specific moment that stands out to you from your CU experience?

In 2015 we played CSU in Denver and the team wore all white uniforms for the first time. The effort that week was massive to get people to wear white. The Buffs won it on a field goal in overtime and I’ll never forget how nuts everybody went — the team sprinted over and jumped up on the wall and everybody sang the fight song together. There was so much passion that I’ll never forget. 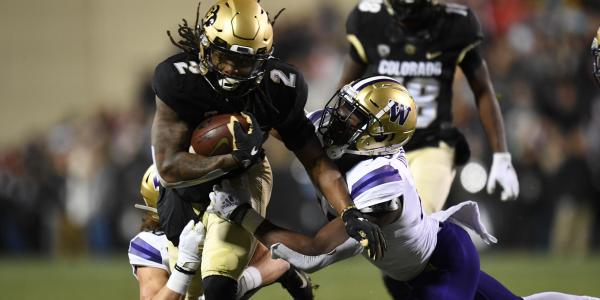 Photo of the Week: Laviska Shenault 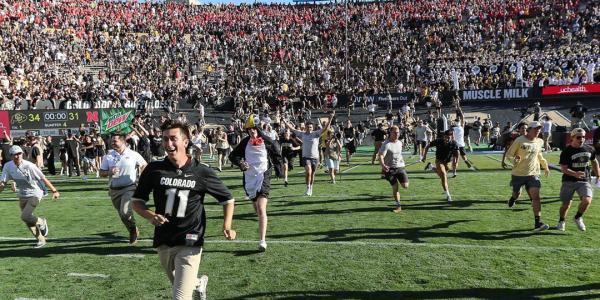 Photo of the Week: Charging the Field

The student section poured into the stands after an overtime win against rival Nebraska, Saturday, Sept. 7. The Buffs were down 17-0 at halftime but managed to scored 24 points in the fourth quarter, putting the game into overtime. END_OF_DOCUMENT_TOKEN_TO_BE_REPLACED 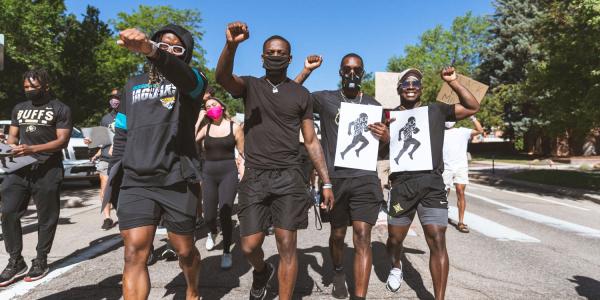