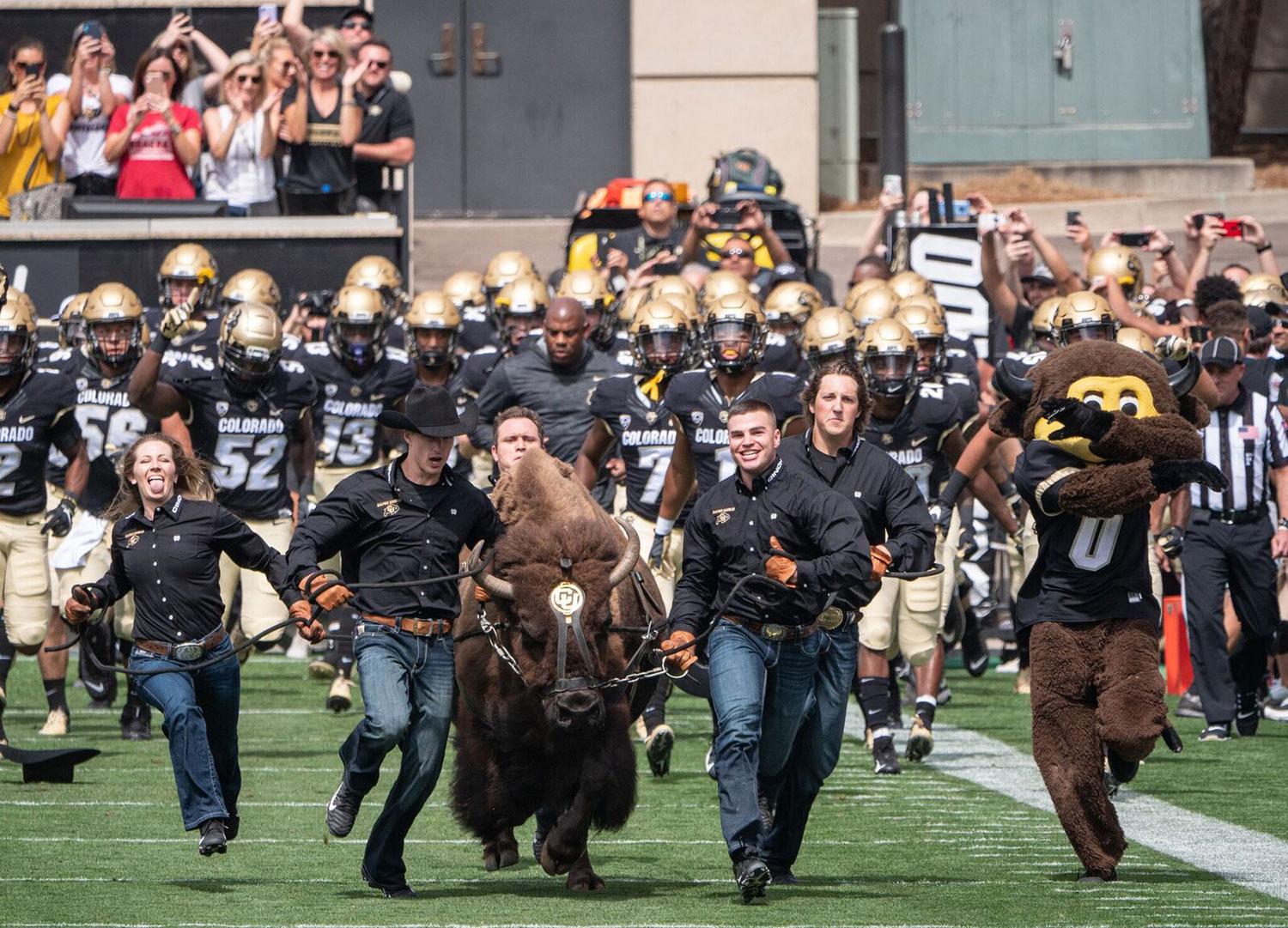 For many, retirement comes when their backs ache and motivation wanes. For Ralphie V, it was the opposite.

Toward the end of the 2019 Buffs football season, the healthy 1,200-pound buffalo began to run too fast for her student handlers to keep up.

CU Boulder athletic director Rick George announced the 13-year-old’s retirement Nov. 12. Fans came in droves to snap one last picture with her at Ralphie’s Corral, the official CU football tailgate, prior to the Nov. 23 game versus Washington.

As with past Ralphies, she will continue to live on her ranch with a companion buffalo and receive care from the CU Ralphie program, which is fully donor-funded.

As mascot for 12 seasons, Ralphie V is the second-longest serving Ralphie in school history. 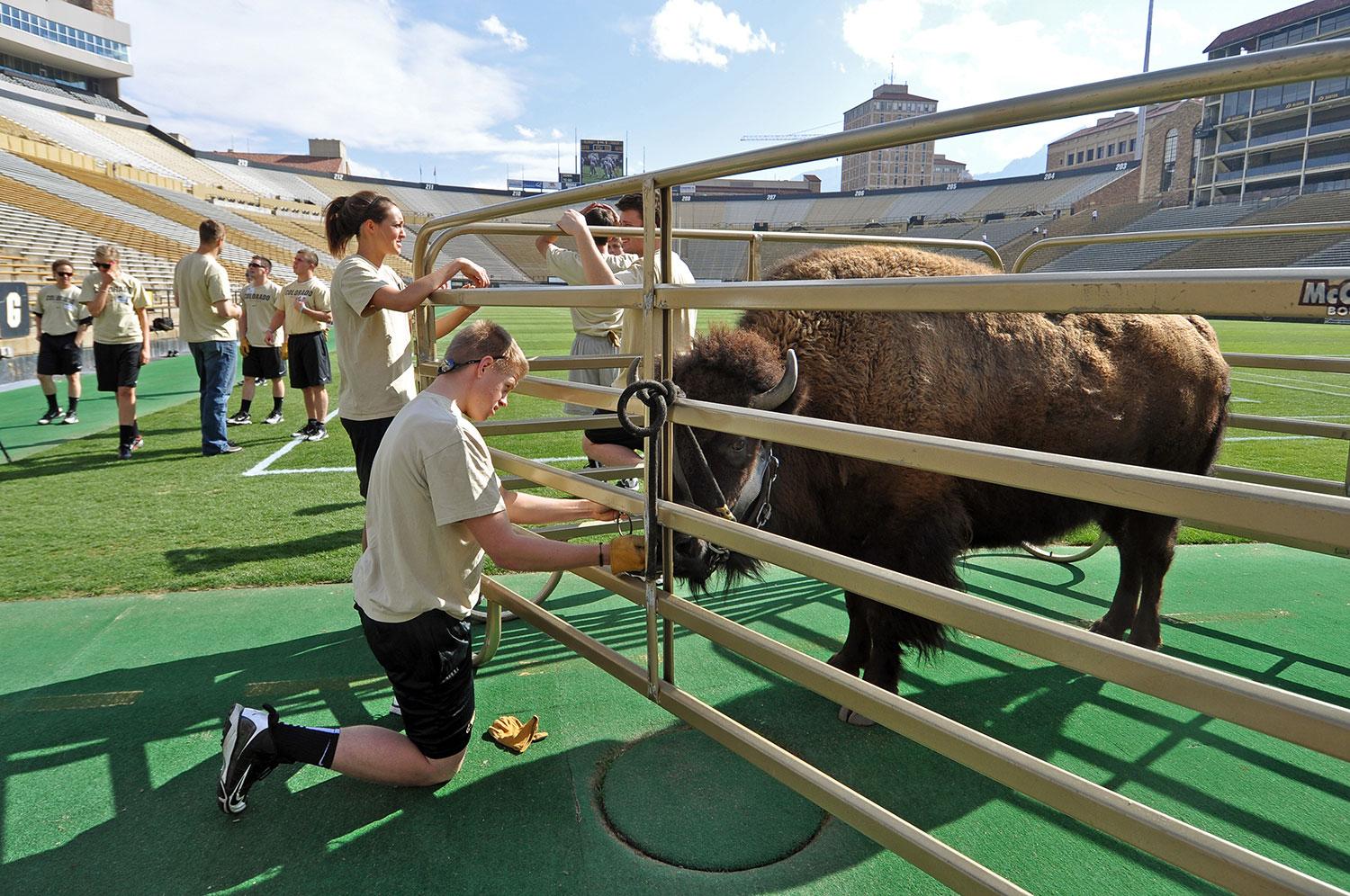 “Ralphie V had an outstanding career as the face and symbol of our great university and athletic department,” said John Graves (Mgmt’09), manager of the Ralphie program who also ran alongside her as a student handler. “As one of the biggest and fastest Ralphies, her love for running and power was showcased every home game during her career. It’s almost like she knew she was the queen of campus.”

Born in 2006 on Ted Turner’s Vermejo Park Ranch in New Mexico, Ralphie V — whose real name is Blackout — made her game-day debut against Eastern Washington Sept. 6, 2008.

The Ralphie-running tradition, which started in 1965, has captivated most who’ve seen her barrel across Folsom Field — regardless of their CU affiliation. Her retirement was covered nationally, including by NPR, ESPN, The Washington Post and The New York Times.

A search for Ralphie VI is underway.