Home Class Notes Books By Alums The Question is Why?

The Question is Why? 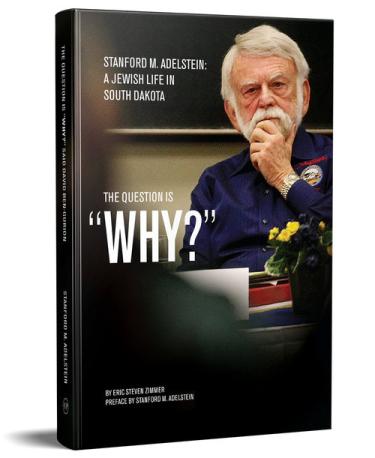 Stanford M. Adelstein (CivEngr, Fin'55) led his family’s heavy construction and real estate firm, the Northwestern Engineering Company, for decades. He took two undergraduate degrees from the University of Colorado Boulder in the early 1950s. During his long career as a Jewish leader and activist in South Dakota and across the United States and Israel, Adelstein helped found the Synagogue of the Hills in Rapid City, SD, and was deeply involved in many Jewish advocacy organizations like the American Jewish Committee and the American Israel Public Affairs Committee. A longtime philanthropist, civic activist, and political operative, he served in the South Dakota State Legislature for over a decade beginning in 2001.

This book tells Adelstein’s story of family, faith, business, politics, and philanthropy. It provides new perspectives on recent American and world history and on the lives of Jewish people in rural places. And, arriving when many Americans are questioning our democracy’s durability, it inspires all who hope to improve their communities, their country, and the world.