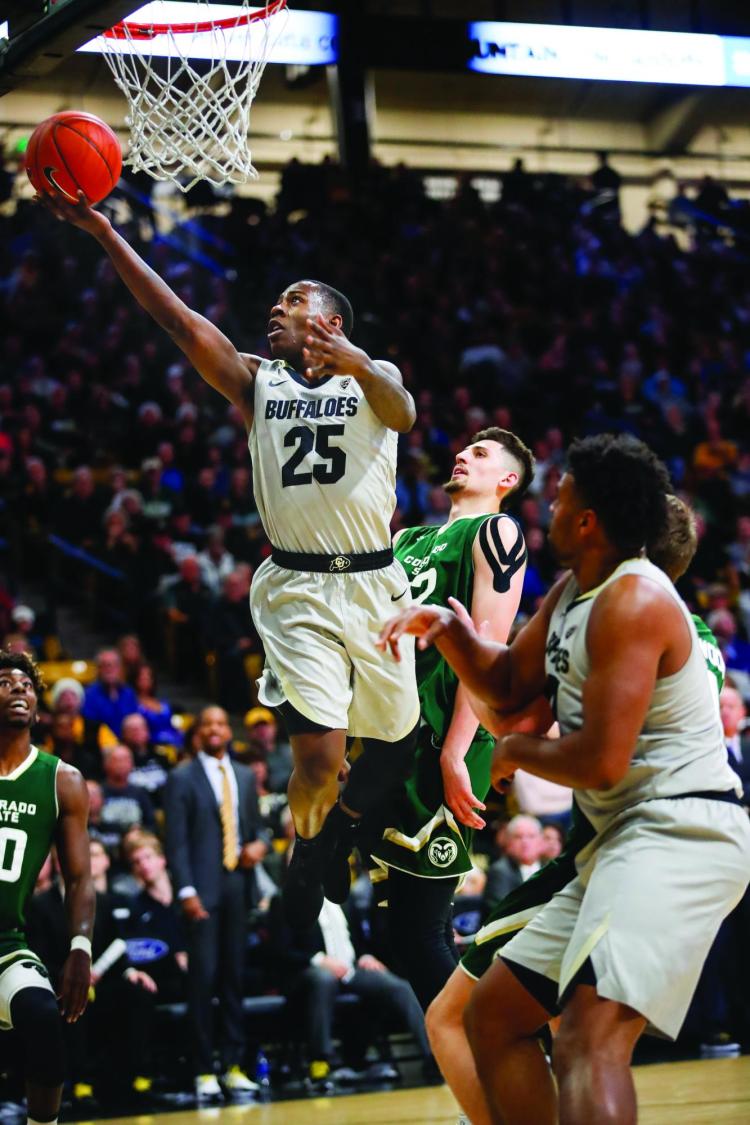 A seesaw season for CU men’s basketball (23-13 overall) ended with a strong March run in the National Invitation Tournament, with wins over Dayton and Norfolk State and a quarterfinals matchup with Texas.

But fatigue caught up there with the fourth-seeded Buffs, who fell to the Longhorns 68-55, despite outplaying them in the second half.

The Buffs have played in 11 NITs and two in three years.

Projected to finish No. 2 next season by Pac-12 Hotline, coach Tad Boyle is optimistic: “Every one of these guys in uniform are coming back next year.”

Women’s basketball got off to a 10-1 start but were outmatched in the Pac-12, winning two games and losing 16.

53%
Of student-athletes posted GPAs of 3.0 or higher