Home Fall 2018 How the Sunflower Got That Way

How the Sunflower Got That Way 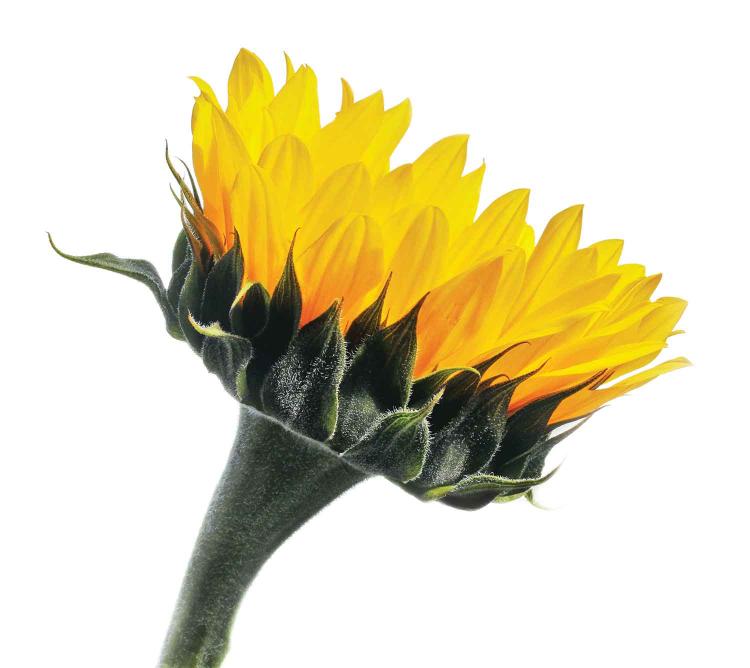 Researchers at CU are teasing out the modern-day sunflower's genetic history.

Humans and sunflowers go way back.

American Indians first domesticated the plant — prized for its seeds, oil and beauty — around 3,000 B.C.

Over the next 5,000 years, the common sunflower, Helianthus annuus, evolved dramatically and rapidly, resulting in the cheer-inducing plant we know today, with its single large head, broad yellow flowers, large seeds rich in high-quality oil and (unfortunately) weaker  drought tolerance.

While humans have had a heavy hand in the sunflower’s transformation through selection and breeding, for example, interbreeding with other wild species has also shaped the domesticated plant we know today, according to Smith and colleagues, including CU professor Nolan Kane.

In recent work with sunflowers, the scientists focused on a common genetic process called alternative splicing, which allows a single gene to direct production of multiple proteins. This efficiency can lead to observable variations. They found that domesticated sunflowers had developed several new forms of splicing distinct from those of wildflowers and, in some cases, from the earliest domesticated sunflowers.

Ultimately, the scientists were able to pinpoint where alternative splicing had introduced certain characteristics of the modern-day sunflower.

They hope their work with sunflowers will help them decipher the evolutionary mechanics of other life forms — and not just plants. Smith’s got his eye on the barn swallow next.

American adults don’t sleep enough: On the average work night, we come up 30-90 minutes short of what our bodies need for long-term health, according to a poll by the National Sleep Foundation. END_OF_DOCUMENT_TOKEN_TO_BE_REPLACED