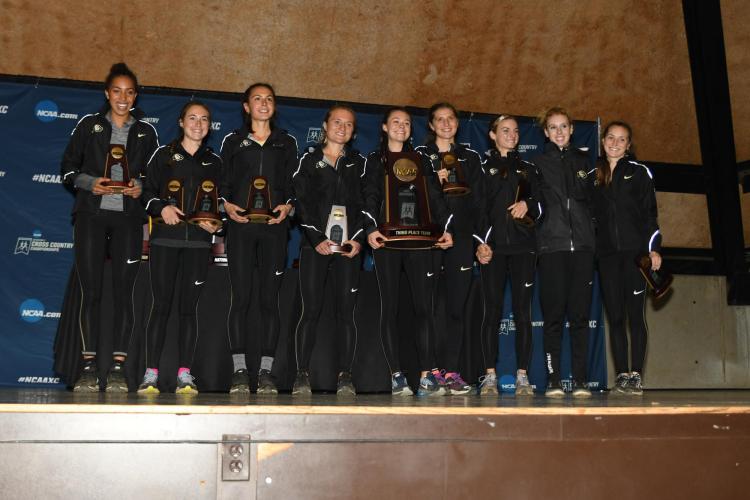 After a one-two finish at the Pac-12 Cross Country Championship in October, the CU women’s and men’s cross-country teams finished the season among the nation’s top 10, but short of national titles.

The CU women snagged third place in the Nov. 18 NCAA Cross Country Championships in Louisville, Ky., the team’s 10th podium finish since 1976. The men, who placed second in the Pac-12, came in eighth overall.

On the men’s team, freshman Eduardo Herrera (A&S’21) had the Buffs’ best race finishing 33rd in 29:55.4. He earned All-American honors. Top-ranked Northern Arizona won for the second year in a row.

“I’m very happy with the women,” said head coach Mark Wetmore. “I’m happy with some of the men — now we have a big rest and back to work for next year.”