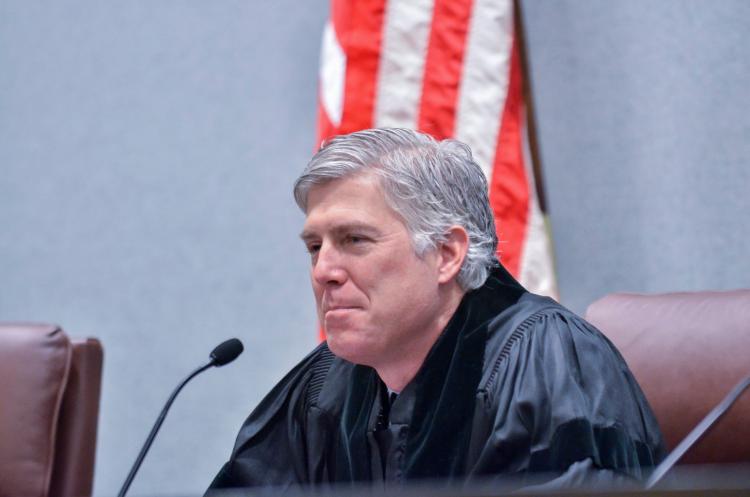 The U.S. Senate on April 7 confirmed the appointment of former Colorado Law professor Neil Gorsuch to the U.S. Supreme Court. He is expected to assume his seat Monday.

Gorsuch is the first Colorado Law faculty member to be nominated for the nation’s highest court while teaching at CU. Nominated by President Trump in January, he has since stepped down as a visiting professor.

Wiley B. Rutledge (Law’22), a justice in the 1940s, joined the court years after leaving the CU faculty.

CU Boulder alumnus Byron White (Econ’38), who died in 2002, was one of the longest-serving justices, at nearly 30 years, and also the last Coloradan on the court. Gorsuch worked as a clerk for him.

Both of Gorsuch’s parents were members of the Colorado Law Class of 1964. He graduated from Harvard Law School.

A Boulder resident, Gorsuch taught classes at CU from 2008 to 2017, in addition to his primary work as a Denver-based federal judge.

As with many modern Supreme Court nominations, Gorsuch’s was controversial, especially given the context: The Senate had entirely refused to consider President Obama’s last nominee, Merrick Garland. To overcome opposition from Senate Democrats, Republicans changed Senate rules, allowing them to approve Supreme Court nominees by simple majority vote, a lower threshold than in the past. For more details about Gorsuch’s appointment, see the Denver Post.