We all know and love Ralphie. But let’s not forget about “ Alphie” — Ralphie’s cousin and the world’s only known inflatable fur buffalo. An unmistakable presence at CU Boulder festivities (usually outdoors), the friendly giant recently made a trip to San Antonio for the Buffs’ Alamo Bowl appearance. When he’s off the clock, Alphie lives at the Koenig Alumni Center.

Facts about Alphie, the inflatable Buffalo

Only known furry buffalo in the world.

Alphie 2 has new eyes more like a live buffalo's 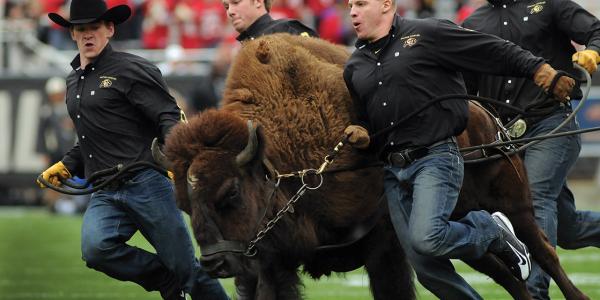 Ralphie runs with handlers as she prepares to tackle a new season with new athletic director Rick George. END_OF_DOCUMENT_TOKEN_TO_BE_REPLACED 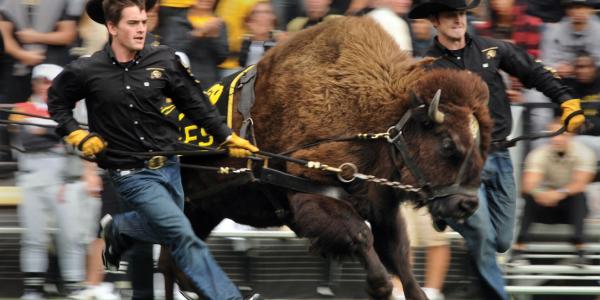 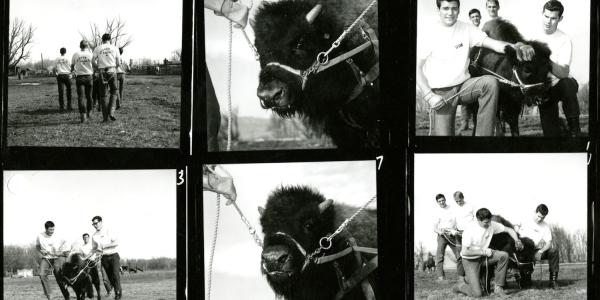 Ralphie I may have looked small when she arrived in Boulder, but she was mighty. END_OF_DOCUMENT_TOKEN_TO_BE_REPLACED