In all, nearly 90 CU Boulder alumni have competed in the Olympics to date. Eleven have won medals.


"The last 100 meters, when I was running my guts out, that’s my favorite part of the race,” she told the Denver Post. “I love this sport. I love how competitive it is, I love how hard the 1,500 meters is."

"The last four or five laps were tough. I just kept on telling myself to keep chipping away at the gap and once I got my position, all I wanted to do was to hold it. It wasn’t until the last 400 or 600 meters when I realized that I had it and just couldn’t lose it."
Sources: teamusa.org; the athletes; CU Boulder

See videos of Emma and Jenny:

In July, Emma Coburn will race the 3,000-meter steeplechase at the U.S. Olympic Trials with her sights set on an appearance in Rio. END_OF_DOCUMENT_TOKEN_TO_BE_REPLACED 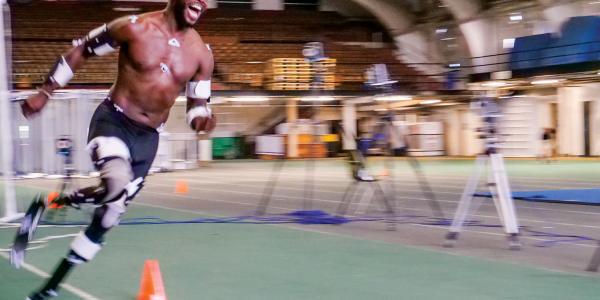 Blake Leeper aims to compete in the 2020 Olympic Games in Tokyo. The double-amputee traveled to CU Boulder for evaluation by Alena Grabowski. END_OF_DOCUMENT_TOKEN_TO_BE_REPLACED