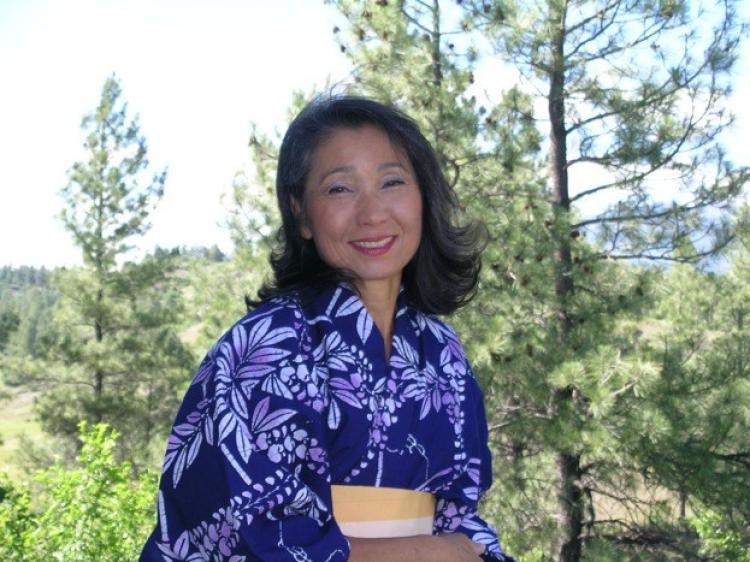 The year Mariko Tatsumoto Layton (Psych’74; Law’77) graduated from Colorado Law, she made history in the state’s legal community as the first Asian woman admitted to the Colorado Bar. But she prefers to be known as a storyteller.

“Writing was like a pebble in my shoe and I just couldn’t ignore it,” said Layton, who last year published the prize-winning children’s book Ayumi’s Violin, her debut work of fiction. 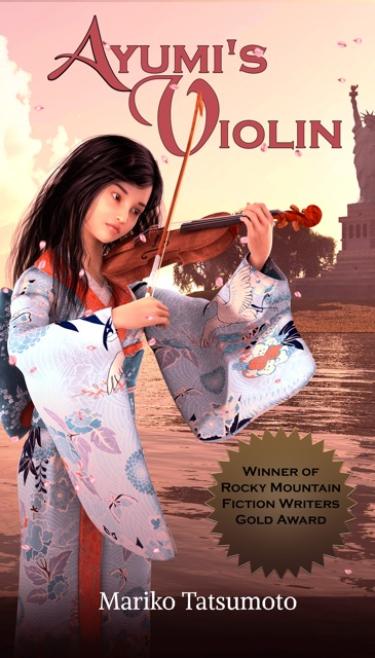 The book — honored by judges of the 2016 Paterson Prize for Books for Young People and winner of the Rocky Mountain Fiction Writers Gold Award — tells the story of a young, biracial girl from Japan, a violin prodigy striving for acceptance by her white American father’s new family.

Layton, who lives with husband Allen in Pagosa Springs and writes under her maiden name, Tatsumoto, has since published a second children’s book, Accidental Samurai Spy. A third, Kenji’s Power, is in progress.

All three center on the adventures of young Japanese characters and explore themes of family, culture, loyalty and betrayal.

“All my books involve some cross-cultural aspects,” said Layton, who at age 8 moved from Japan to the U.S., where her father worked as a geochemist. “I like to show the differences in culture through the characters, but ultimately like to show that kids should not prejudge people, and
show the good in every culture and every ethnicity whenever I write.”

In her first career, Layton worked as a deputy district attorney in Adams County, then practiced business law. She’d always wanted to be a writer, though, and in the mid-1980s started taking writing classes at Colorado Mountain College, attending writing conferences and participating in critique groups.

She published a travel guide to Colorado bed-and-breakfasts in 1990 and kept plugging away at fiction. One day a professor suggested she spin a story she’d aimed at adults into a children’s book.

“A good children’s novel entertains,” she said, “but it also teaches children to live ethically.”

There may be lessons in Layton’s personal story as well as in her books — about persistence, perhaps, or patience, or both.

“I wanted writing to be my first career, but it turned out to be my second,” she said. “I published my first book at the age of 63 and I don’t think I’m too old for a second career. The way I look at it is I now have a richer understanding of life and more materials to work with when I write.”

A fresh collection of stories by former CU English professor Lucia Berlin became a best-seller last year, more than a decade after her death. END_OF_DOCUMENT_TOKEN_TO_BE_REPLACED

CU English professor Stephen Graham Jones got hooked on werewolves as a boy in West Texas. Now he’s made them the stars of his latest novel, Mongrels. END_OF_DOCUMENT_TOKEN_TO_BE_REPLACED

Steve Lamos, who teaches English, writing and rhetoric at CU Boulder, is also the drummer for American Football, a late-’90s rock band. END_OF_DOCUMENT_TOKEN_TO_BE_REPLACED