A fresh collection of stories by former CU English professor Lucia Berlin became a best-seller last year, more than a decade after her death.

The man who lit Lucia Berlin’s first cigarette happened to be a prince, but Berlin’s life would seem mostly foreign to real-life royalty.

When the fiction writer joined the CU-Boulder faculty in 1994, she had made ends meet as a cleaning lady, nurse, switchboard operator and substitute teacher. She’d married and divorced three times and raised four sons mostly on her own. She’d subdued alcoholism.

At the time of her death, 10 years later, Berlin had also published 76 short stories and six story collections, several of them highly regarded. But none sold especially well, and none of her bestknown works were in print.

And yet literary celebrity may be upon Lucia Berlin.

Following the 2015 publication of a posthumous story collection, A Manual for Cleaning Women: Selected Stories (Farrar, Straus and Giroux), Berlin has received full-throated praise from critics. They’ve called her “an important American writer” and “one of America’s best kept secrets.” They’ve compared her to Raymond Carver and Noble Prize-winner Alice Munro.

Within a week of the book’s debut, it became a New York Times best-seller. Within a month, it had outsold all Berlin’s previous work combined. The New York Times Book Review ultimately named Cleaning Women one of the “10 Best Books of 2015.”

“Berlin is one of our finest writers and here she is at the height of her powers,” Molly Giles wrote of Cleaning Women in the San Francisco Chronicle. Berlin’s literary career began with promise: She was first published at age 24 in Saul Bellow’s journal, The Noble Savage. Then came the  marriages and children, and the long but successful struggle with drink. Along the way she wrote her stories, while piecing together a living from humbler work. Her first story collection, Angels Laundromat, appeared in 1981, during a long period in Northern California.

Two of her biggest successes came in the early 1990s, with the publication of Homesick (1991) and So Long (1993). Homesick won an American Book Award, and in 1994 poet Edward Dorn, an old friend who taught at CU-Boulder, lured her to campus as a writer-in-residence for the English department’s creative writing program.

At a time when the program was known for “experimental fiction,” Berlin was notable for writing social realism with lively characters and a blend of autobiography and fiction.

Having a colorful life didn’t hurt. Born in Alaska in 1936, the daughter of a mining engineer, Berlin grew up among working people in a series of mining camps.

She later tasted society life in Santiago, Chile, where her family moved after World War II; it was there that Prince Aly Khan, an international playboy and one-time husband of actress Rita Heyworth, lit her first cigarette, according to a life sketch accompanying Cleaning Woman. She married two Harvard graduates in sequence and lived among intellectual bohemians in New York and New Mexico.

But in her writing Berlin embraced the gritty minutia of everyday life, often the hard life. She dealt with vulnerabilities and vices — restlessness, poverty, scattered friends and family, divorce, addiction. She was familiar with detox centers, Medicaid clinics, self-destruction.

In all, Berlin was at CU for six years. She’d been hired for her literary talent, but she excelled in the classroom as much because of her warm, empathetic and nonjudgmental approach to teaching.

“Lucia had her own style, but she never tried to create clones of herself,” said Martin Bickman, a CU English professor who knew her. “She liked to hear students’ stories, not what they thought they should write for her class.”

This bred loyalty, said Peter Michelson, an emeritus professor of creative writing: “She never ended class with a judgment. Lucia wanted her students to keep writing.”

Within two years, Berlin received the university-wide “Excellence in Teaching” award and was promoted to associate professor. Near the end of her CU career, in 1999, she published the third of her best-known story collections, Where I Live Now.

By then her health was poor, an oxygen tank her constant companion. She left the university in 2000 but lingered in Boulder a while, living on Mapleton Hill and in an East Boulder mobile home park.

When she died in California in 2004, near her sons, it was on Nov. 12, her 68th birthday — a tidy ending to an untidy life that begat stories to remember.

In Bruce Lee, CU's Daryl Maeda sees a symbol of the modern world — and the subject of his next book. END_OF_DOCUMENT_TOKEN_TO_BE_REPLACED

Without the First Folio of 1623, the world might lack half of Shakespeare’s plays. A rare original copy comes to CU-Boulder in August, the only Colorado stop on a national tour. END_OF_DOCUMENT_TOKEN_TO_BE_REPLACED 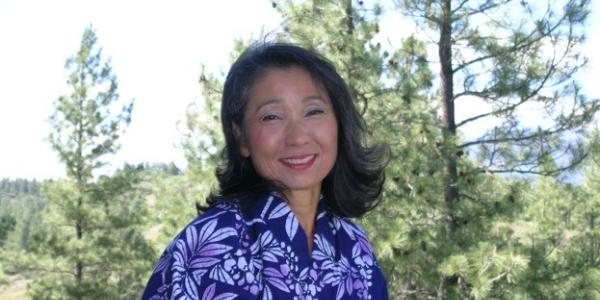