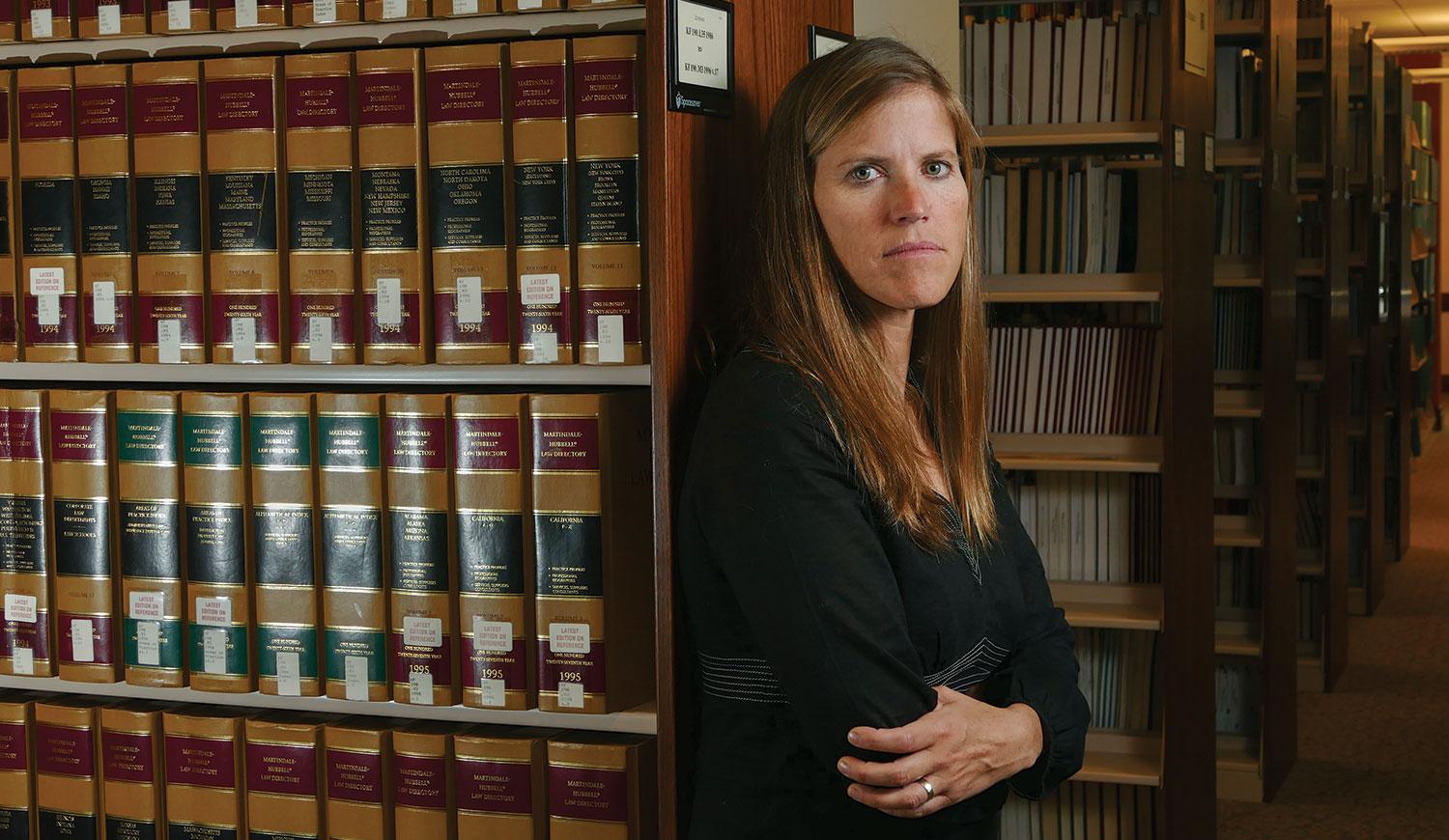 There are Americans serving long prison sentences for crimes they didn’t commit. Colorado Law is in the best position yet to set some free.

Yet the two friends and Colorado Law classmates share a supreme objective — making sure only the guilty end up behind bars.

It doesn’t always happen that way. Korey Wise can tell you that.

In 1989 Wise was one of five teenagers accused of participating in a savage attack on a 28-year-old female jogger in New York’s Central Park during a night of “wilding” by a larger group. The woman, a white investment banker, was gagged, bound, beaten, raped and robbed. She lost 75 percent of her blood and nearly an eye, but survived.

The police quickly rounded up suspects, all black or Latino teenagers who had been in the park the same night. At 16, Wise was the eldest. By Christmas 1990 he and four others had been tried and convicted of various roles in the assault on the jogger and other crimes. Wise got the longest sentence, five to 15 years.

As time would tell, the real perpetrator had been overlooked.

The Central Park Five, as they became known, had been convicted almost entirely on the basis of confessions that conflicted with each other and which, they and their advocates later said, were coerced by interrogators. None of the five ever confessed to the rape itself, and prosecutors presented no physical evidence clearly tying any of them to it. 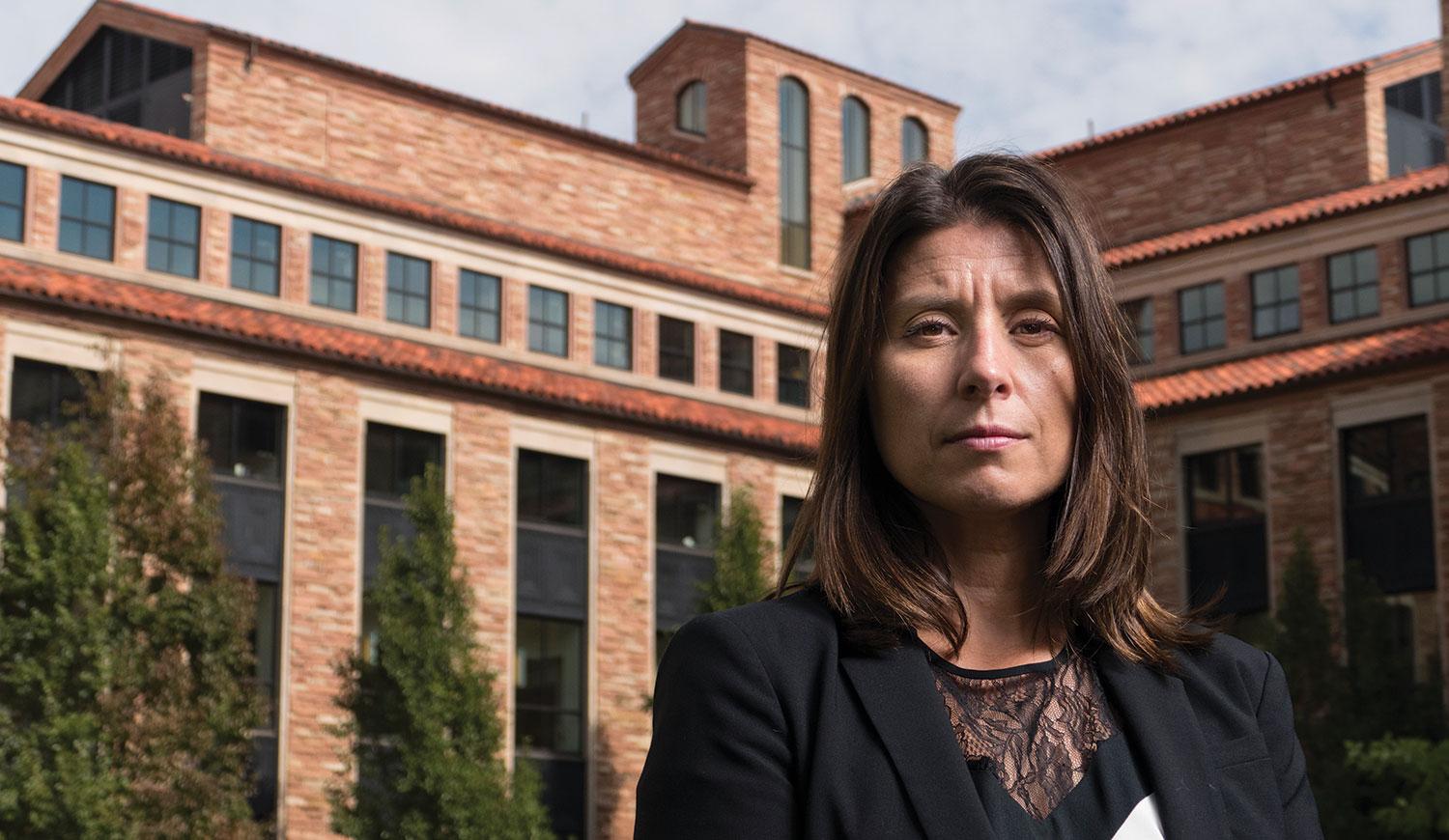 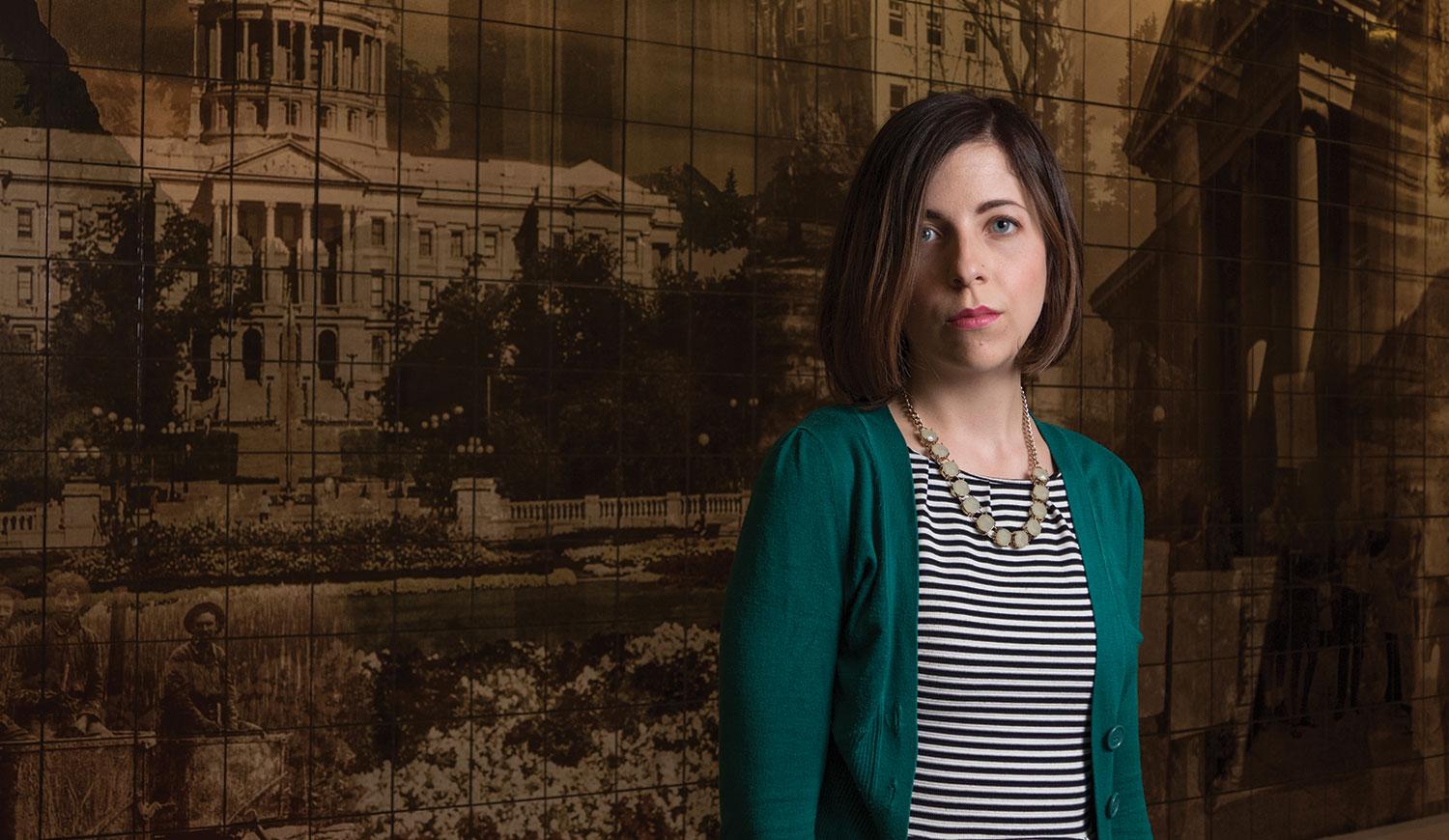 Kate Mattern plans to work as a public defender. 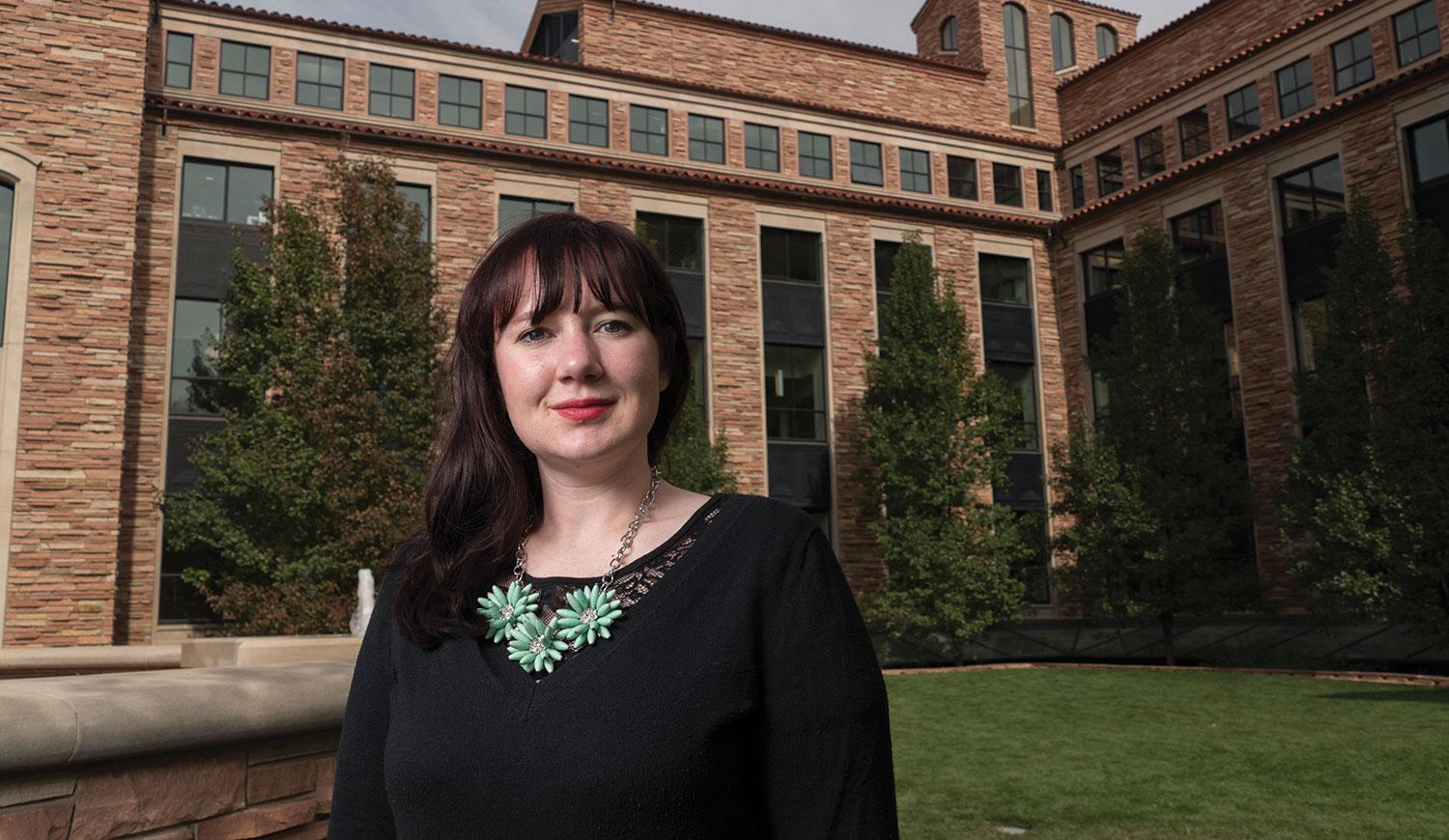 Jennifer Sisk plans to work as a prosecutor.

In 2002, more than a decade into Wise’s sentence, another man — a jailed murderer and serial rapist — confessed to the attack on the jogger and said he had acted alone. DNA evidence corroborated his claim. The courts threw out the original convictions.

Korey Wise had spent a dozen years in prison for another man’s crime.

“We don’t have a perfect system, no matter how many times people want to tell us it is,” says Ann England (pictured above), a former public defender who leads Colorado Law’s criminal defense clinic.

Last year the Central Park Five settled a $41 million wrongful conviction suit with the City of New York, and Wise has put some of his share to work at CU-Boulder: He recently pledged the largest gift yet, nearly $300,000, to the Colorado Innocence Project, a Colorado Law program that investigates prisoners’ claims of wrongful conviction and imprisonment.

“This would be a form of leaving my legacy,” Wise said during a September visit to CU.

Jane Fisher-Byrialsen, a lawyer with a Colorado practice who represented him in the civil case against New York and helped broker the CU gift, added: “Korey feels really good when he can help people. Because it took so long for anybody to really help him.”

The gift is expected to transform the project — now called the Korey Wise Innocence Project — by providing the resources necessary to seek, review and investigate a greater number and variety of cases and to do the work faster, more thoroughly and year-round, its leaders say. Chief among those resources is a full-time director experienced in post-conviction advocacy, including wrongful conviction claims.

The original Innocence Project was founded in New York in 1992 by Barry Scheck and Peter Neufeld, lawyers who helped defend O.J. Simpson against charges that he murdered his ex-wife and a companion in 1994. Today about 60 projects operate under various names in the United States, often at law schools, including Northwestern, the University of Virginia, the University of Wisconsin-Madison, UCLA and CU-Boulder.

They vary in their particulars. Some are national in scope; others focus on their home states; some require DNA evidence; some limit their services to prisoners with long sentences and years to go.

Many advocate for criminal justice reform as well as investigate cases. All aim to correct failures of the justice system that put innocent people behind bars, including mistaken or perjured testimony, false confessions, sloppy forensic science, misconduct by police and prosecutors, inept work by defense attorneys and simple human error.

Colorado has had an innocence project since 2001, when a group of private lawyers led by Jim Scarboro (Law’70), a partner in the Denver office of the firm Arnold & Porter, founded the Colorado Innocence Project. He and fellow volunteers reviewed about 1,000 cases over nearly a decade, according to England, referring the most promising ones to relevant state authorities or to private lawyers. In 2010, as Scarboro approached retirement, the project moved to CU-Boulder, which had previously offered courses on wrongful convictions.

At CU the project has been largely student-run, with guidance from England. Mattern and Sisk got involved as first-year law students.

A fifth-generation Coloradan from Louisville, Sisk went to college in Massachusetts, at Wellesley, then worked as an aide in Mark Udall’s Senate office in Washington. The Innocence Project is part of what drew her to Colorado Law, she says. She hopes to join a prosecutor’s office after graduation and believes that seeing the justice system from the defendant’s perspective will help her carry out the solemn responsibilities of a prosecutor in a fair and just way.

Mattern, who is originally from North Dakota, came to law school with an inkling that she’d like to be a litigator. She had studied music as an undergraduate, specializing in opera. The theatrical aspect of courtroom work appealed to her.

In the early days of her first year, she attended a presentation by a defense lawyer and one of her clients. The client’s guilt was undisputed, but Mattern found her sympathetic, a person who had made a serious mistake yet still deserved help. She decided her calling in the law was to make sure everyone “gets a fair shake.” By the end of their first year, Mattern and Sisk were largely running CU’s innocence project.

The pair has spent the last two years organizing and reviewing hundreds of letters and applications from prisoners throughout Colorado’s penal system, as well as conducting preliminary investigations with an evolving cast of about 25 fellow students. The CU project hasn’t freed anyone yet, and that’s hardly a surprise — even the strongest cases can take many years. About two dozen are creeping forward, and two are entering advanced stages of investigation.

“Innocence work,” as lawyers sometimes call it, is not for the faint of heart. Despite its flaws, the U.S. justice system generally works: Most convicts are in fact guilty. Separating the wrongfully convicted from those merely claiming innocence is laborious, and actually proving a wrongful conviction is a long, slow, sometimes impossible task.

Still, innocent people end up in prison, and it’s this rank injustice that fuels the students and lawyers working on their behalf.

“When you start to do innocence work, you just commit to knowing that 95 [or] 99 percent of what you’re looking at are guilty people,” says Mattern. “But if I’m going to find the 1 percent that are not, I have to do this work.”

Students at Colorado Law now have Kristy Martinez to help them. A seasoned criminal defense attorney, Martinez joined CU-Boulder in September as the project’s first full-time director, perhaps the Wise gift’s most important and immediate result.

In 15 years as a practicing lawyer, entirely in Colorado, Martinez has represented people accused of kidnapping, rape, murder and other serious crimes, often at the request of the Alternate Defense Council, a Colorado state agency that provides indigent defendants with legal assistance when public defenders have a conflict of interest. This is often the case in wrongful conviction cases: Prisoners commonly cite ineffective counsel as a reason for their circumstances.

Beyond expertise, Martinez will provide stability and continuity to the project. Students graduate in three years; cases often take much longer.

This fall Martinez has been conferring with Mattern and Sisk and helping recruit and train others, while reassessing the project’s scope and potential. More than 40 students showed up at a recent training session.

A primary early task has been reviewing all applications the project has received from prisoners since 2010, roughly 200 in all, to make sure no worthy cases fell through the cracks. It’s more likely than not that someone sitting in a Colorado prison doesn’t belong there, Martinez says: “One is too many.”

New requests arrive weekly. Some are dismissed because they fail to meet the project’s minimum criteria: Prisoners must be incarcerated in Colorado, claim no involvement whatsoever in the crime, have exhausted all traditional appeals, have at least 10 years left on their sentence and not have a lawyer already.

But scores of letters merit at least initial inquiry and present opportunities — perhaps for justice, certainly for the education of young lawyers.

In the months and years ahead, Martinez will guide students as they investigate cases and help them recruit the private investigators and professional lawyers whose pro bono efforts are usually necessary to see innocence project cases to conclusion. The Wise project investigates innocence claims but does not take them to court.

As the reinvigorated project’s capacities become clearer, Martinez and her students expect to reassess its criteria. The Wise project now focuses solely on prisoners convicted of the most serious crimes, such as murder and sexual assault.

Of the 200 or so requests on hand, students have taken 26 beyond the preliminary stages and identified a pair for referral to outside lawyers.

Success will always be a long shot.

But pursuing plausible claims of innocence serves a purpose independent of outcomes, Martinez says: By providing an extra layer of review, innocence projects minimize the chances that the justice system gets away with injustice.

“If we are going to take away someone’s liberty…we have to be able to rely on the courts,” she says. “The only way we can rely on the results is if we can fearlessly inquire into the process.” 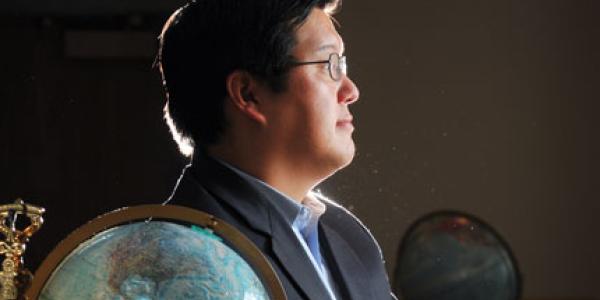 Your best-kept secrets are at the fingertips of nearly anyone who wants to find them, says law professor Paul Ohm, a national expert on internet law. END_OF_DOCUMENT_TOKEN_TO_BE_REPLACED 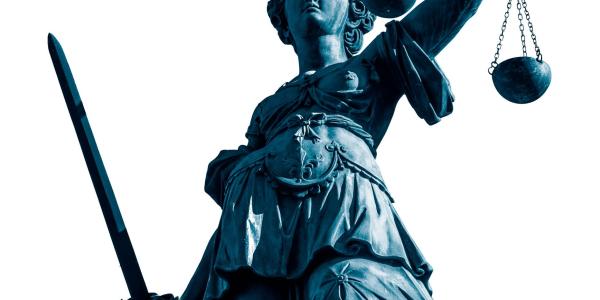