The CU volleyball team defeated Pac-12 rival Stanford for the first time on Oct. 18 at Coors Events Center. The Cardinal, a perennial Top-10 program, entered the contest ranked No. 6 in the nation and with an 11-4 record. The Buffs were unranked.

Led by sophomore Gabby Simpson (Comm’18), who had a career-high 25 kills, and senior Alexis Austin (Comm’16), who added 17, the Buffs ended a 14-match losing streak to Stanford. 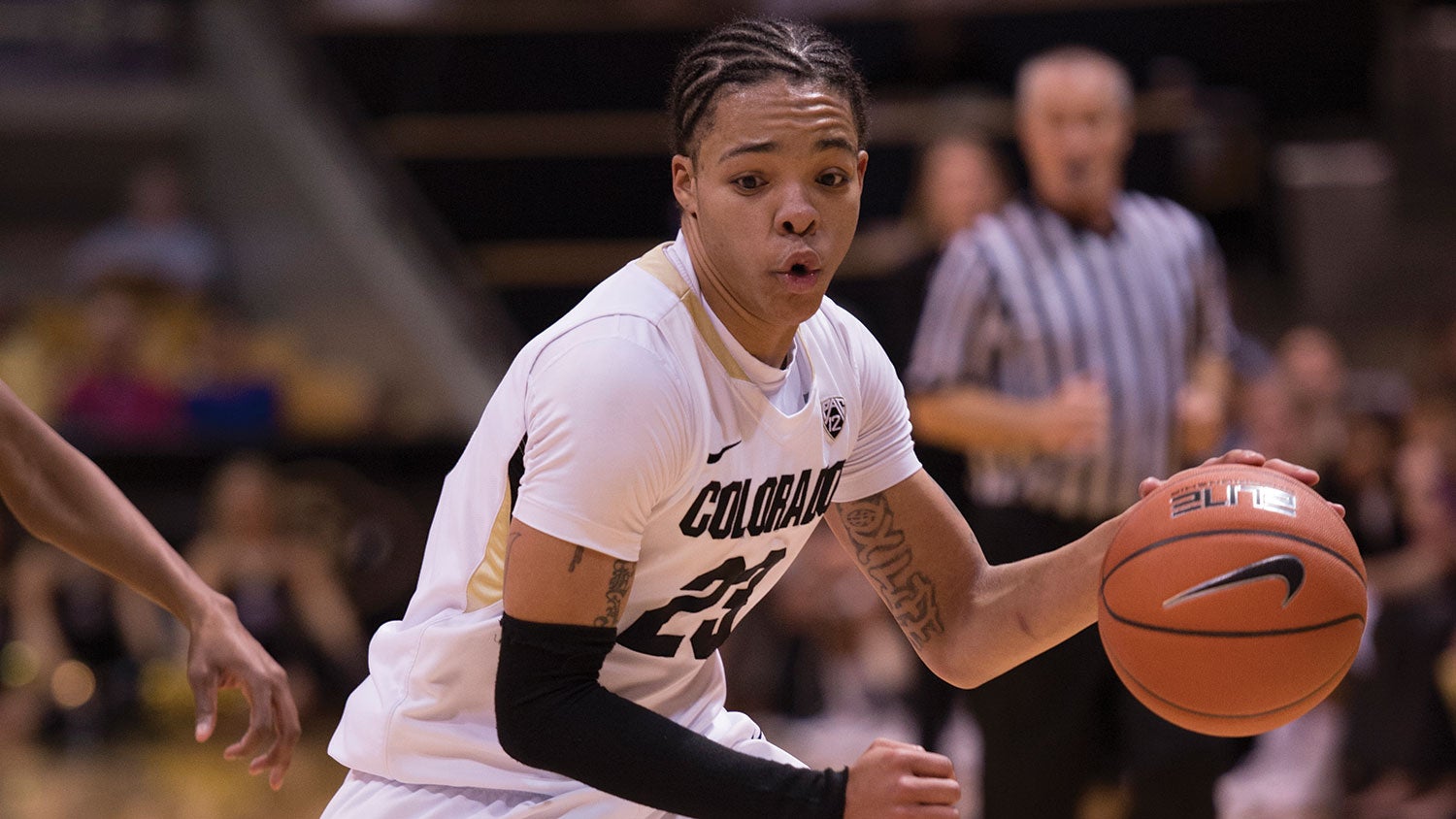 The Pac-12 Conference turns 100 in December. It was founded as the Athletic Association of Western Universities in 1915. Original members include California, Oregon, Oregon State and Washington … Speaking of the Pac-12 and Oregon State, CU football beat the Beavers on Oct. 24, ending CU’s 14-game conference losing streak. The Buffs held the Beavers to 13 points, the fewest they’ve allowed against a Pac-12 opponent since joining the conference in 2011 … Former CU women’s basketball star Chucky Jeffery (Soc’13, above) signed on for a second season with ASC Sepsi SIC Sfantu Gheorghe of the Romanian Liga Nationala. In her first season with the pro team she was named a league all-star.

Called to the Hall