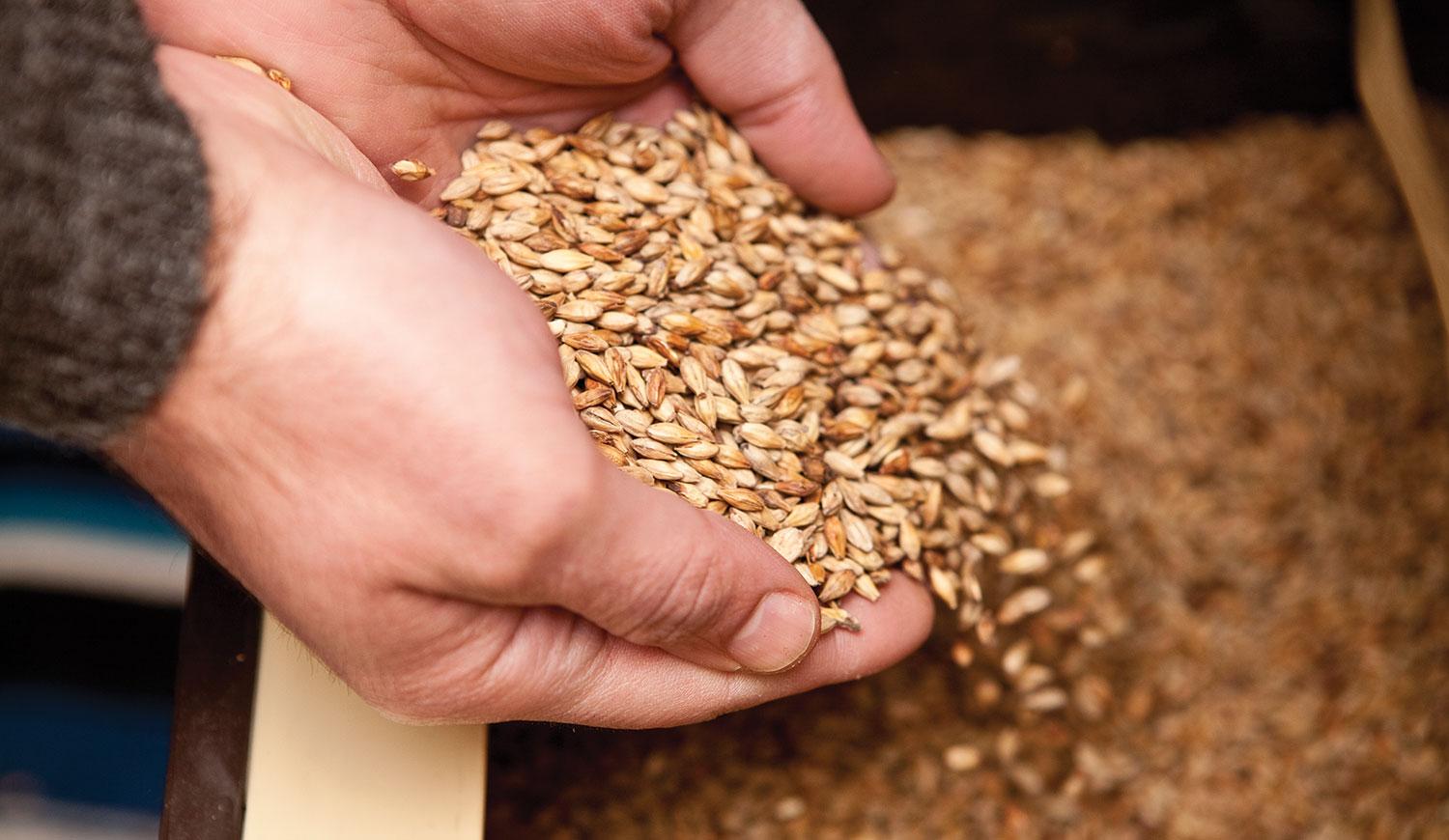 In all the kingdom of Jordan, there’s one lone microbrewery. It took a CU-Boulder engineer to make it happen.

When ancient hunter-gatherers took up the plow in the Middle East thousands of years ago, they grew grains with more than bread in mind: Ancient Sumerian pictographs and poetry suggest they were after beer — and may have invented it.

That’s one scholarly theory, anyway, the one Yazan Karadsheh (ElEngr’06) and his fans like best.

“Their eyes light up when they learn that beer originated in this part of the world,” says Karadsheh, 31, who in 2013 established Carakale Brewing Co. near Amman, Jordan. It is the Middle Eastern kingdom’s first and only microbrewery.

This was no small feat: Alcohol is legal in Jordan, but consumption of it can be a sensitive matter in the largely Muslim nation. Only Jordan’s roughly 3 percent Christian minority may brew beer.

Fortunately for Karadsheh, he’s a member of the 3 percent. And he’s on a mission, he says, to “bring beer back to its birthplace.”

Today Carakale, which employs about a dozen workers, produces about 40,000 bottles of craft beer monthly, including a straw-gold blonde ale; a copper-colored pale ale; a mocha stout; a whiskey ale whose caramel and butterscotch notes mingle with the aroma of ripe bananas; and, around Christmas, a winter ale.

If it weren’t for Karadsheh’s years in Colorado, Jordan might still be microbrewery-free.

“I was never a beer lover growing up in Jordan,” says Karadsheh, who followed his brother to Colorado for school (but chose CU instead of CSU, his brother’s alma mater). “…I discovered what beer could taste like — versatile and complex.”

After graduating with a degree in electrical engineering, he was hired by Halliburton, the energy services giant, to work in a Wyoming oil field. It was a brief stint, six weeks, and one he didn’t care for.

He quit, returned to Boulder and made his way to a home-brewing supply store. He offered to work for free “as long as I learned how to brew beer.”

There Karadsheh learned about the 18-week Master Brewers Program at the University of California Davis Extension. He moved to California and enrolled.

The very first lesson was about beer’s origins in the Middle East, which seemed a sign of destiny.

“I was on a life quest,” he says. “A very religious feeling came over me.”

Surrounded by people who adored beer and wanted to push the boundaries of brewing, Karadsheh could hardly wait to start each day.

“I felt like Charlie and the Chocolate Factory,” he says.

Returning again to Boulder, he eventually joined Upslope Brewing Company as a head brewer. As he deepened his knowledge of brewing, fermenting and packaging, his confidence grew and he began to conceive of his own brewing operation in his own land.

Building a microbrewery in Jordan? You're by yourself.

“That’s when my dad called and asked me, ‘Are you ready to go back home?'” Karadsheh says.

Back in Jordan, he discovered the endeavor would be more complicated than he thought. An application to the authorities for permits went ignored for months.

“Licensing a brewery in Jordan is close to impossible,” he says.

Meanwhile, he built a two-and-a-half barrel brewery in the yard of his parents’ Amman home, giving away beer to friends. More than a year passed.

Then a family friend dropped by and caught a whiff and a glimpse of the backyard operation. Impressed, the man, a lawyer, promised to get him a license — “tomorrow.”

“The next day I went to my dad’s office and there was the license,” says Karadsheh.

A search for a suitable location led to a hill above a Greek Orthodox village overlooking a “blue valley” in the town of Fuheis, about 12 miles northwest of Amman.

“I saw it and got goose bumps all over,” he says.

It was a beautiful location, and Fuheis, a Christian village, was willing to lease the property to him. Muslim communities and landlords had rebuffed him.

With financial backing from his father, an industrial engineer,

Karadsheh began the task of building a 50-barrel-capacity brewery, a $3 million investment that took nearly three years to complete.

During construction, national and local officials — from the country’s internal police to town fathers — peppered him with requests for additional paperwork. Ultimately he needed permission from no less than a dozen government agencies. Roads, waterlines, phone lines, electricity and plumbing had to be built from scratch. Karadsheh and his father designed and built the brewery with help from friends, relying on YouTube videos and books for guidance.

“My electrical engineering degree came in handy…But building a microbrewery in Jordan?” he says. “You’re by yourself.”

The 13,000-square-foot brewery opened in 2013. Karadsheh named it after the region’s endangered desert cat, the Caracal, with its tall, dark ear tufts. He added a “k” for emphasis and an “e” to the name, so it spelled “ale.” 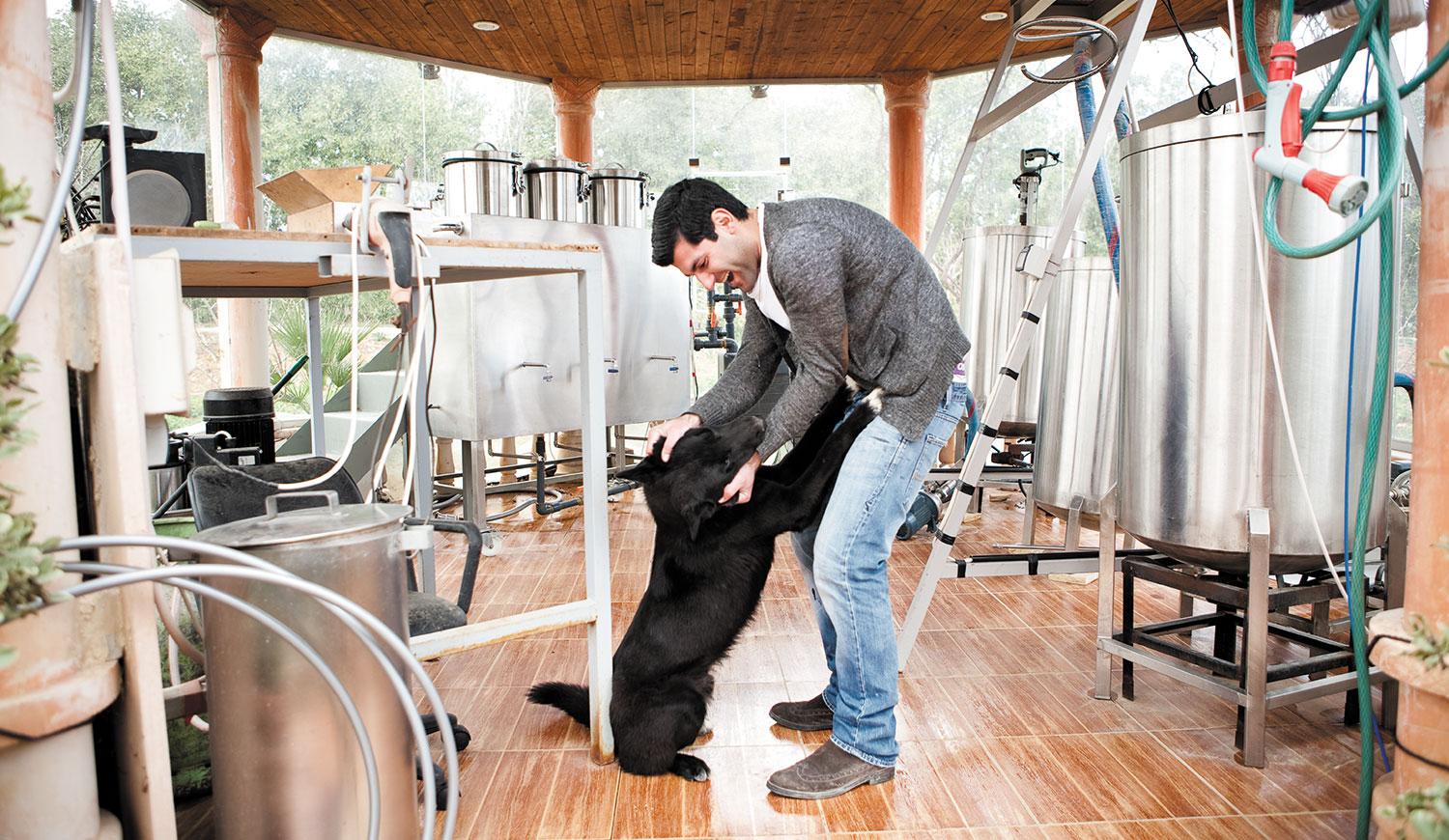 “When people think of Jordan,” says Yazan Karadsheh, founder of the country's only microbrewery, “I want them to think exceptional craft beer.”

“At the end of the day you have to be a chef,” he says. “Brewing beer is all about the raw ingredients.”

So far, most of Carakale’s sales are to foreigners living in Jordan.

His main customers are four- and five-star hotels, upscale bars, restaurants and embassies.

“To them, beer is yellow-gold in color, super-carbonated and drunk ice-cold — flavoring, aromas are completely foreign to them,” he says.

But like any good businessman, he has an ear for the customer.

“We did a blonde beer….a cross between a commercial and a craft beer,” he says. “It has a slight hint of caramel and some highlights of bitter, but I had to hold myself back a bit.”

Success with foreigners in Jordan has bolstered his resolve to introduce Jordan’s only craft beer to the rest of the world, a mission aided by the fact that exporting beer is duty-free, exempt from Jordan’s alcohol tax of nearly $20 a gallon. (Also, domestic earnings are taxed at 65 percent.)

Karadsheh has been working with a distributor in Virginia, and in September he came to the U.S. to apply for import permits. His goal is to begin distributing Carakale to the East and West Coasts by year’s end and — of course — to Colorado.

“When people think of Jordan,” he says, “I want them to think exceptional craft beer.”

Chuck Hull and the invention of 3D printing. END_OF_DOCUMENT_TOKEN_TO_BE_REPLACED