Home Fall 2015 Cartoonist in the Cabinet

Cartoonist in the Cabinet 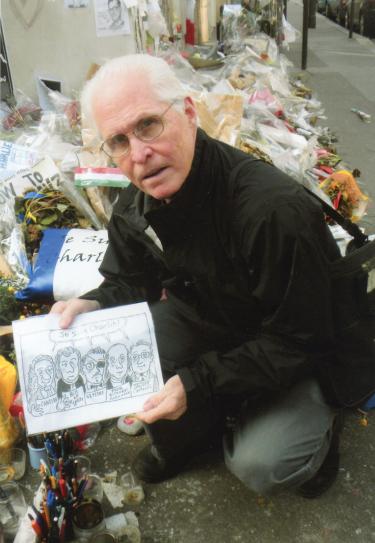 Stoiber in Paris at a memorial for slain cartoonists.

Carlton Stoiber is a nuclear law expert with a funny bone. 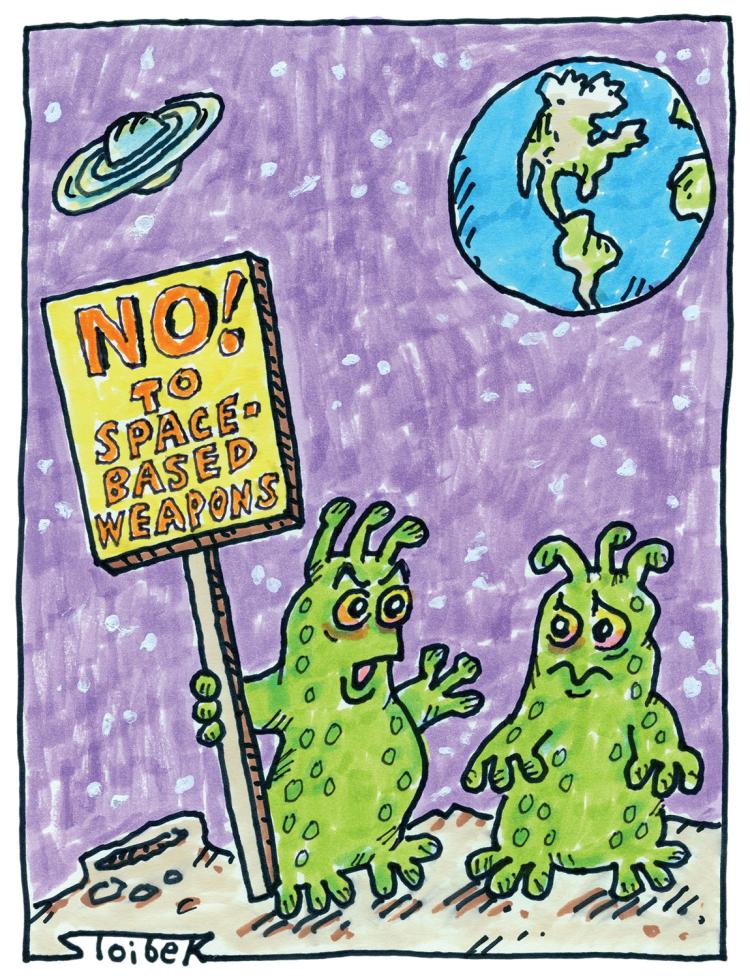 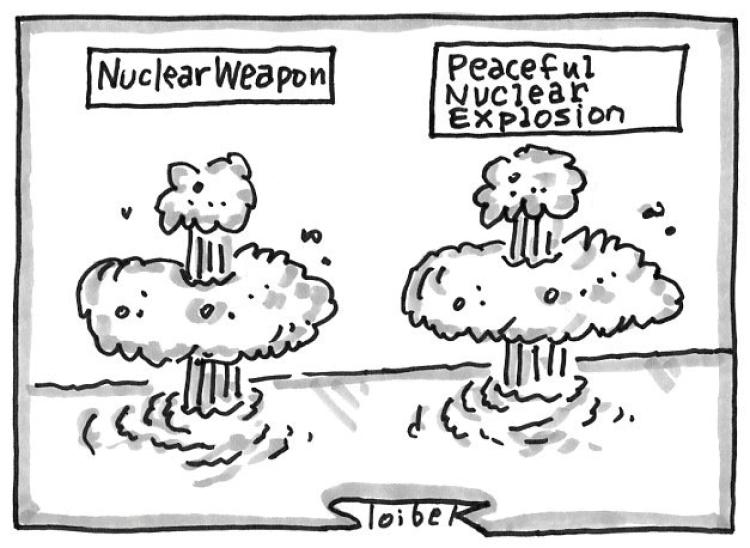 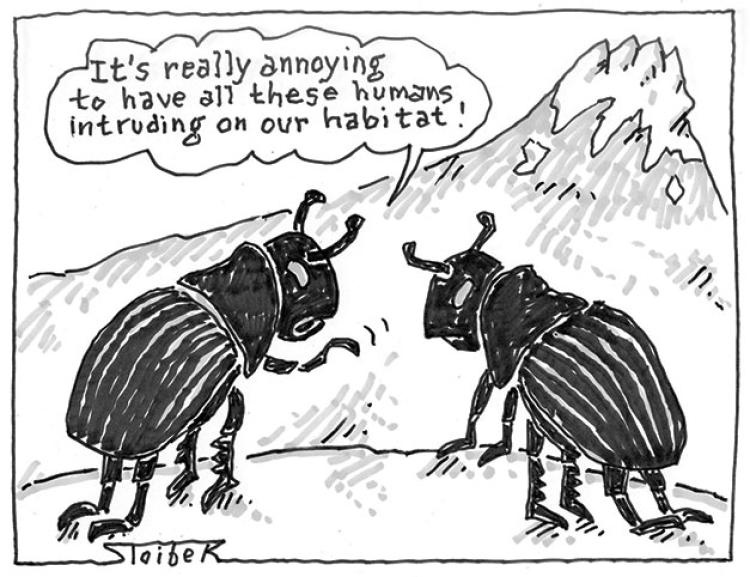 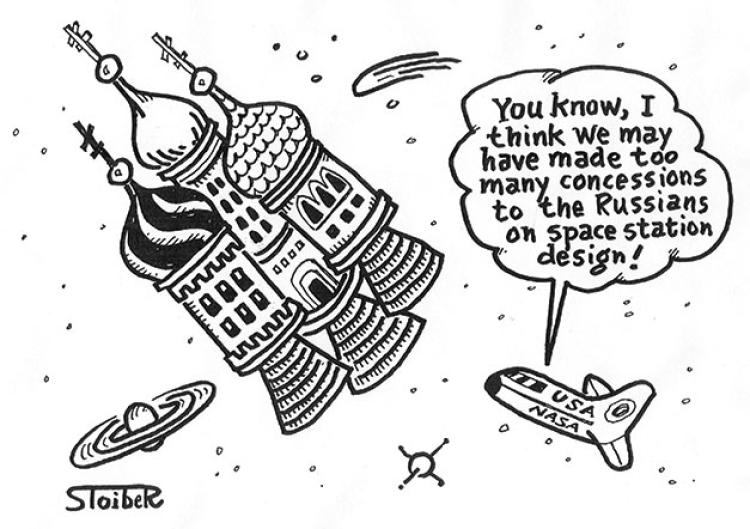 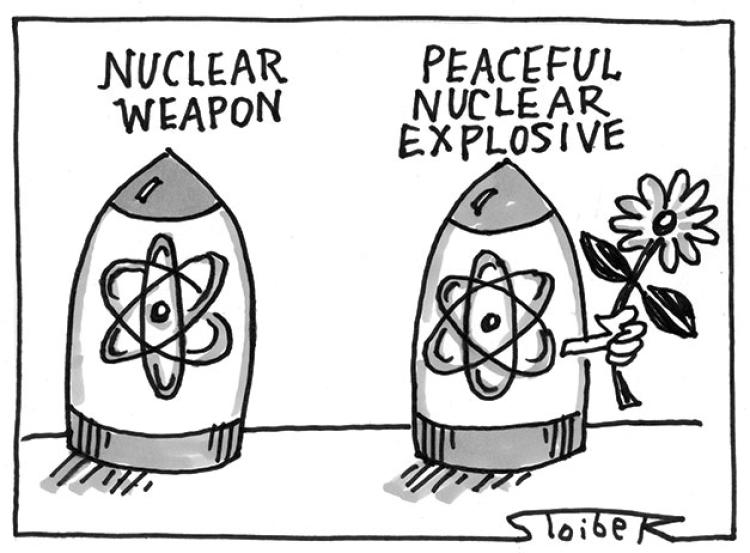 Safely buckled into his seat on Air Force Two as it hurtled toward Moscow, Carlton Stoiber (Phil’64, Law’69) pondered the agenda of the imminent Gore-Chernomyrdin Commission meeting. When his seatmate, NASA Administrator Daniel Goldin, mentioned he would be talking with the Russians about the International Space Station, Stoiber did what came naturally: He sketched a cartoon.

It depicted the station as a bundle of minarets crowned by the trademark onion domes of Moscow’s St. Basil’s Cathedral — a cheeky nod to the Russians’ push for greater control over the station.

“I don’t remember showing it to the Russians,” jokes Stoiber, a nuclear law expert with the U.S. State Department at the time of the 1995 Moscow trip.

Stoiber did show the cartoon to Goldin, who hung it in his office, he heard.

During Stoiber’s five decades as a high-level government lawyer, his cartoons have found their way into the hands of many of the nation’s political elite, offering moments of levity amid long days and relentless responsibility.

He recalls a surprise phone call in the 1980s from President Ronald Reagan during a super-secret meeting at the National Security Agency.

“He told me that the secretary of state had given him a cartoon about the president phoning someone unexpectedly, and he just had to call me about it,” says Stoiber, the lead author of the International Atomic Energy Agency’s two-volume Handbook on Nuclear Law. “When I asked how he found out where I was when my secretary, Ruby, didn’t know, he replied, ‘Well, Mr. Stoiber, when presidents need to find somebody, they have ways of finding them!’”

“And I have lots of pictures that never get circulated to these folks,” he says.A visual person from childhood, Stoiber began cartooning in the 1950s at Casey Junior High School in Boulder, where he penned a strip called “Twitterbird.” He gave it up through college, saving his energy for CU’s student government (he became president), then resumed in law school following a Rhodes Scholarship at Oxford.

“Law school was too much of a cartoonist’s dream,” he says. “Lawyers do a lot of funny things.”

Stoiber has been drawing ever since — nearly 50 years now — producing thousands of cartoons and publishing hundreds. They’ve appeared on the cover of Jane’s Defence Weekly (a British publication), in the Washington Post and in the State Department’s magazine. For more than a decade, he has drawn cartoons for a caption contest in the Biblical Archeology Review.

“A picture leaps out at me to put down and express what I’m thinking,” says Stoiber, who lives in Washington, D.C., with his wife of 49 years, Susanne (PolSci’66).

(They met his senior year at CU: “First date was March 11, 1964,” he says, “at the Goldovsky Opera producton of Rossini’s Marriage of Figaro in Macky Auditorium.”)

After law school, Stoiber joined the U.S. Department of Justice, working in the Civil Rights Division, then as director of the Office of Indian Rights.

He developed expertise in nuclear law in the mid-1970s after a friend lured him to the newly formed U.S. Nuclear Regulatory Commission.

“That was almost an accident,” Stoiber says.

He’d left the Justice Department a few years earlier to study international law in London and The Hague. When he came back, he needed a job. The timing was perfect: In the 1970s, nuclear safety and nonproliferation were hot topics worldwide.

Sitting in meetings in Washington, Moscow, Vienna and other world capitals, Stoiber found abundant source material in front of him.

“I’ve been really surprised at the degree to which most everyone seems to think that [cartooning] is appropriate and moves things along,” he says of others involved in the weighty affairs of state. “Sometimes if you get into a tricky negotiating situation, a little humor will really relax people and allow them to move away from rigid positions.”

Like many cartoonists, Stoiber has found that portraying animal characters in human situations helps readers laugh at themselves: “Dogs and other animals can say something, get away with a statement which wouldn’t be acceptable from a human.”

Nature is another favored subject. Stoiber has climbed all of Colorado’s 14ers, as well as Mt. Fuji, Mount Olympus, Mount Sinai and Aconcagua, the highest peak in the Western Hemisphere — always with pen and paper.

Now 73, Stoiber continues to work part time as a consultant on international and nuclear law and lectures annually at the International School of Nuclear Law at the University of Montpellier in France, which he helped found.

“I still feel it’s worthwhile to spend my time on these nuclear issues since I have the expertise and experience,” he says. “I’m committed to keeping nuclear weapons out of the hands of terrorists and saboteurs.”

And, of course, Stoiber continues to draw, typically with a Sharpie fine point permanent marker for lines and a gray Prismacolor marker for shading.

“I can’t imagine not cartooning,” he says. “Unless some sort of paralysis hits either my mind or my right hand, I don’t intend to lose my identity as a cartooning lawyer who climbs big mountains.” 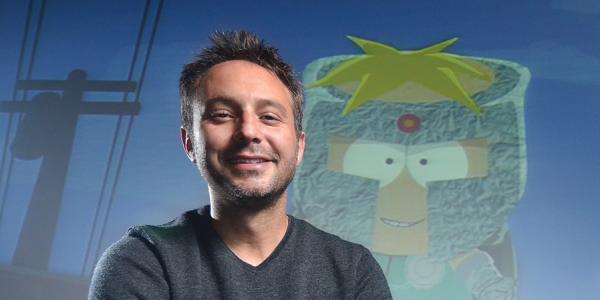 When animation director and co-producer of South Park Eric Stough started work on the quirky adult sitcom show 16 years ago, he cut out the famous cartoon characters from construction paper. END_OF_DOCUMENT_TOKEN_TO_BE_REPLACED

While traveling the world to understand everything there is to know about caffeine, Murray Carpenter uncovers some shocking surprises. END_OF_DOCUMENT_TOKEN_TO_BE_REPLACED

Teenagers and young adults think and act differently from grownups. CU scientist Marie Banich is helping us see why. END_OF_DOCUMENT_TOKEN_TO_BE_REPLACED