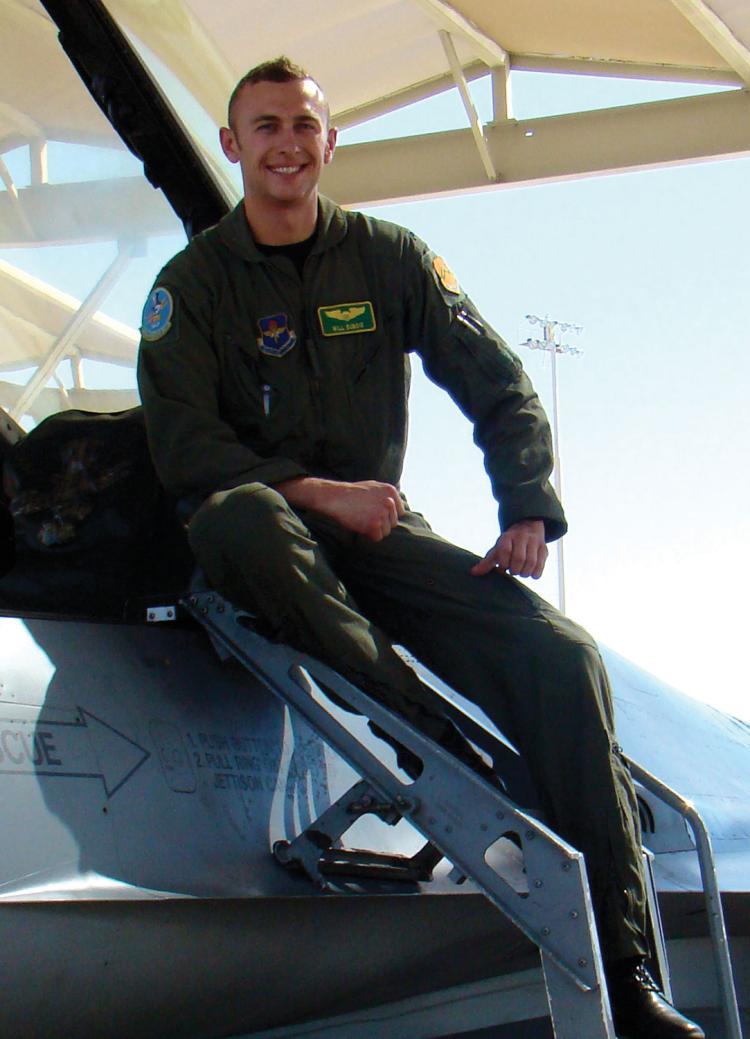 Capt. William H. Dubois (Aero’08), an Air Force fighter pilot who went by the call sign “Pyro,” died Dec. 1 when his jet crashed in the Middle East. He was 30.

A member of the 77th Fighter Squadron at Shaw Air Force Base, South Carolina, DuBois was part of operations against Islamic State militants.

“He was the best man I ever knew,” his father, William DuBois, said.

DuBois’ F-16 crashed near an unidentified air base in the Middle East, according to the Defense Department, which described the crash to the news media as an accident.

“Our thoughts and prayers go out to the family of Capt. William DuBois,” CU-Boulder Chancellor Philip P. DiStefano said in a statement. “Capt. DuBois… represented our nation, the state of Colorado and this university with honor and distinction. His sacrifice, and the sacrifices of the other CU men and women in uniform, are honored by our entire campus community.”

“I close my eyes and hear him laughing and see him smile and I’m forever grateful for all the love and joy that he brought to my life,” Ashley DuBois said in remarks quoted by the Air Force Times. “Push it up and double down, my love.”

Photography courtesy of the DuBois family