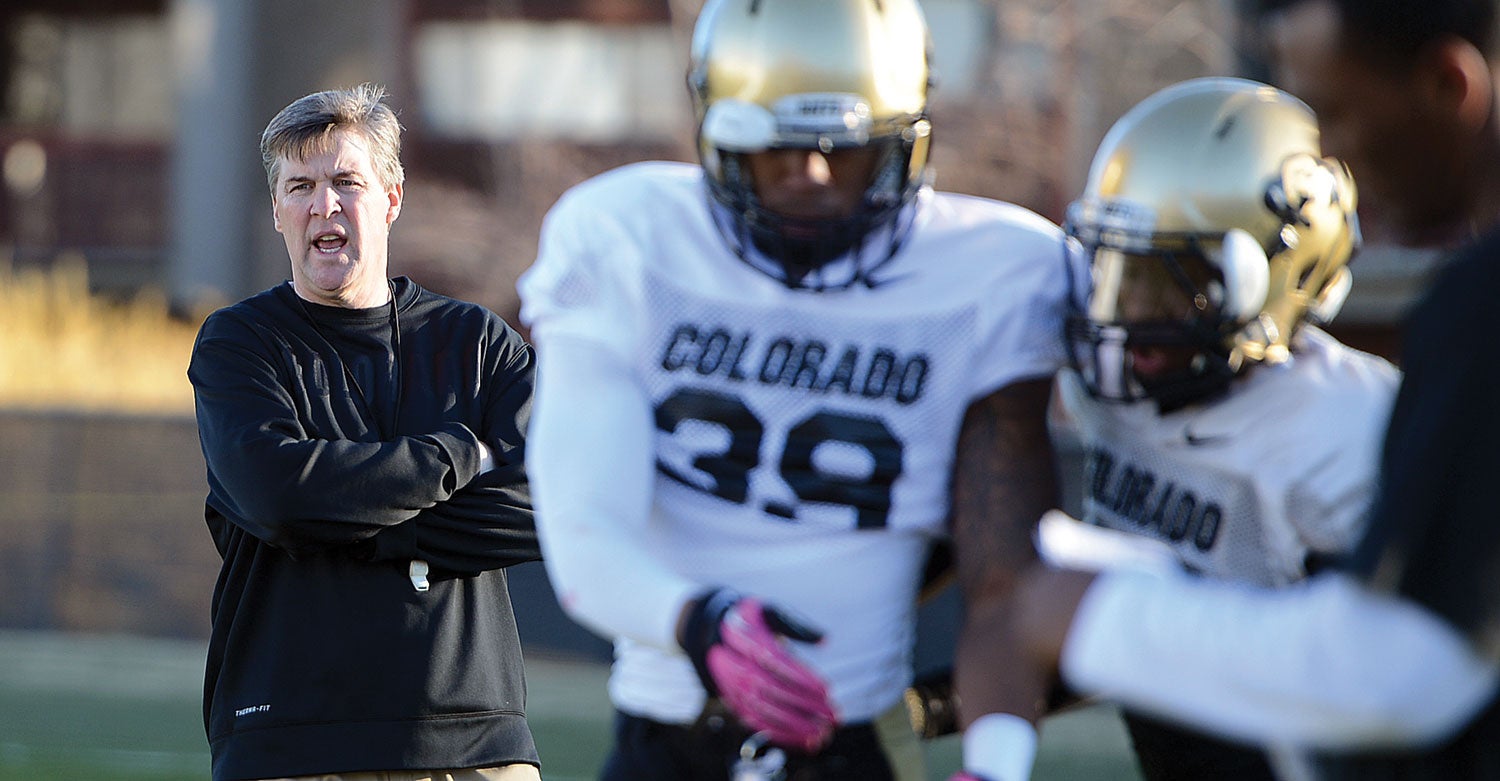 Team wins first game played in the Northeast since 1977

CU football opened its 2014 season on big stages — NFL stadiums in Denver and Foxborough, Mass. — winning one and losing one.

After dropping the season opener to Colorado State 31-17 at the Denver Broncos’ home field Aug. 29, the Buffs hit the road for their first game in the Northeast since 1977 and their first ever game against the University of Massachusetts Minutemen. Colorado won 41-38 at Gillette Stadium, home of the New England Patriots.

The three-point victory margin was closer than expected — but a win all the same, and on the road. To quote sophomore free safety Chidobe Awuzie, as reported by the Denver Post, “It feels good to win.”

CU last had a winning season in 2005, when the team finished 7-5. After UMass, the Buffs were scheduled to play, in order through Oct. 18, Arizona State, Hawaii, California, Oregon State, and USC.

Coach Mike MacIntyre’s Buffs went 4-8 last season, his first in Boulder. MacIntyre has turned around a Division I program before: In 2010 San Jose State went 1-12 under him — improving the record to 10-2 in 2012.