How severe is your pain? A CU-Boulder professor’s breakthrough provides a scientific means to measure pain.

The story — which University of Colorado Boulder neuroscientist Tor Wager remembers being told during a fourth-grade lesson on how the brain works — left a lasting impression on him — emotions are deeply entangled with the physical processes in the brain.

Decades later Wager, now a professor in the psychology and neuroscience department, is studying the “magical bridge” between the way we think and the way our body works, especially how our emotions affect the way we experience pain.

Wager’s search for hard evidence that can illuminate how pain is processed in the brain recently led him to discover a distinct neurologic signature for physical pain that can be seen in images of the brain. The discovery allows scientists for the first time to measure objectively how much physical pain a person feels and was detailed earlier this year in theNew England Journal of Medicine.

“That’s really important because for the last 150 years, since the beginning of experimental psychology, there has been no better way of telling how much pain someone is in than to ask them,” Wager says.

For many people the idea that the way we think impacts our health is intuitive. Some believe that an optimistic outlook is key to battling debilitating diseases or that expectations of recovery will facilitate healing. Conversely, others believe drugs or other clinical interventions are the only viable way to combat health problems.

The truth is probably somewhere in between. There is evidence that suggests the way we think has concrete consequences. Researchers know that our beliefs and thoughts can be translated directly into neurochemicals, for example.

And placebo studies have shown that patients’ expectations affect their symptoms.

“You can give somebody a sham treatment, and it can modify people’s pain-related brain activity,” he says. “If you believe you’re getting medication, your body releases opioids. These are really powerful, highly addictive, efficacious chemicals in the brain.”

But the degree to which thoughts can influence our health — and the multiple ways in which they do — has been a difficult question to answer, largely because it is challenging to directly measure the impact. Wager wants to change that.

He chose the study of pain and emotion as one of his starting points because it’s relevant to the everyday life of many people and because humans acutely feel both physical and emotional pain. How those two tie together is an open question. For example, it’s possible, Wager says, that emotional pain could morph into physical pain, which, in turn, could be the root of some chronic pain conditions. A technique for measuring both types of pain is key for finding answers.

Armed with brain images taken by a functional magnetic resonance imaging, or fMRI, machine, Wager set out in search of a signature for pain. The scientific community had already established an approximate location for pain in the brain, but not precisely enough for use in the ways Wager envisioned.

Wager and his team used computer data-mining techniques to comb through images of brains taken when the subjects were exposed to multiple levels of painful heat. The computer was able to identify a neurologic pain signature too complex to be recognized by the human eye. The intensity of the signature grew as the heat stimulus became more painful, allowing the research team to accurately predict between 90-100 percent of the time which level of painful heat was applied to the subject.

Wager then set out to test the signature for physical pain using other images of the brain taken under different circumstances. He found the signature correctly registered a decrease in pain when the subject was given a painkiller. And he surprised himself by finding the signature couldn’t be fooled by emotional pain.

Emotional pain, like physical pain, can be seen in the brain, and to the human eye, they look similar. In a past study, scientists showed study participants a picture of a person who rejected them romantically while the fMRI imaged the activity in their brains.

“Social pain hurts like physical pain,” Wager says. “It activates a lot of the same centers of the brain.”

The discovery of a unique signature for physical pain in the brain could allow physicians, for the first time, to have a method for measuring pain beyond asking the patient, “On a scale of one to 10, how much does it hurt?”

But the fact that the signature can distinguish itself from emotional pain suggests the possibility that a second signature can be found that is specific to emotional pain, ultimately allowing scientists to begin to unravel the connection between the two.

“There is something that tracks emotional pain,” Wager says. “It’s a little harder to get a handle on, but we’re working on that.”

Sona Dimidjian, associate professor in CU-Boulder’s psychology and neuroscience department, collaborates with Wager on a study of compassion. She says Wager’s work on pain could have a profound impact on clinical treatments and how people experience pain physically and emotionally on a daily basis.

“We work with a lot of women who suffer from physical and emotional pain and the murky overlap that often exists between the two,” says Dimidjian, who directs a campus clinic that focuses on women’s mental health issues. “That intersection has been so misunderstood that, on an individual level, it has led many women to experience a lot of confusion, self-blame and self-doubt about their physical pain.”

Wager and his team also work on a number of other projects, each linked to the connection between our thoughts and health. They are conducting a study on how placebos affect people with Parkinson’s disease. They also are delving further into the physical consequences of romantic rejection and how the quality of interpersonal interactions relate to our well-being.

“That is really where my heart is — in taking an evidence-based perspective on this,” he says. “There are believers and there are nonbelievers, and this is an area that has been more in the domain of religion and spirituality and philosophy than it has been in the domain of science.”

“But if we can understand thought scientifically — if it matters, and I think in some ways it does — we can really help to get that into biology and medicine.” 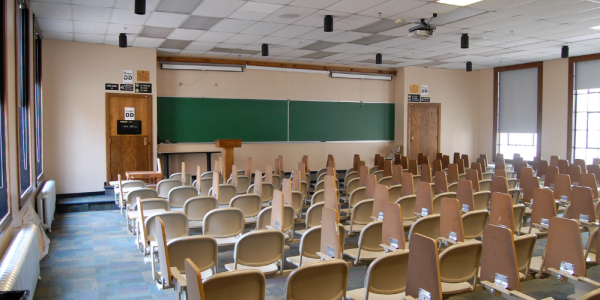 Doctors may be able to quickly and inexpensively isolate cancer cells to better target the disease with a new device patented by five CU-Boulder seniors and Wilbur Franklin, a CU Cancer Center researcher. END_OF_DOCUMENT_TOKEN_TO_BE_REPLACED 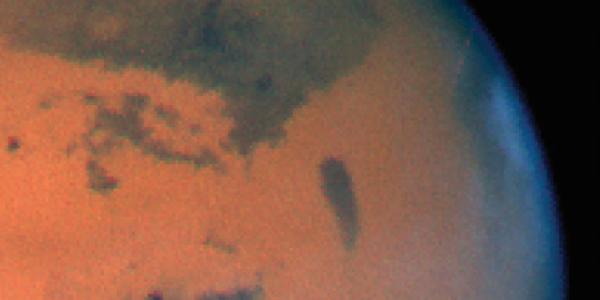 Mars may have been home to an ocean and microbial life, according to CU scientists Brian Hynek and Gaetano Di Achille. END_OF_DOCUMENT_TOKEN_TO_BE_REPLACED