Coach Mac Gets Call from Hall 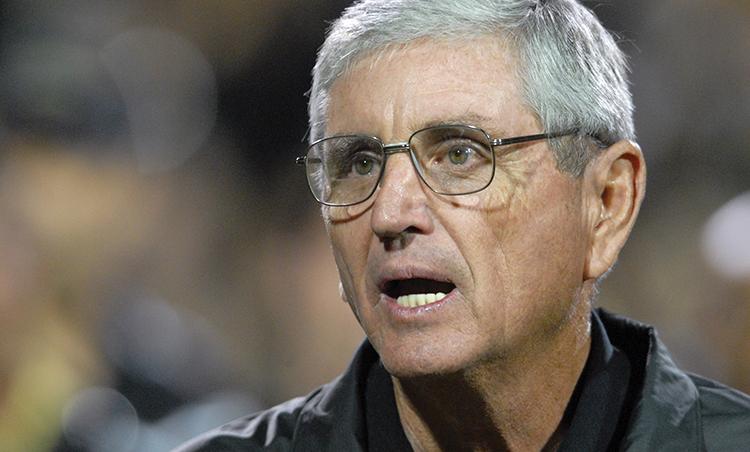 Nearly 20 years after retiring, football coach Bill McCartney will be inducted into the College Football Hall of Fame

Bill McCartney, who led CU-Boulder to its only national championship in football in the 1990 season, will be inducted into the College Football Hall of Fame on Dec. 10 in New York.

“It’s very gratifying and rewarding,” said McCartney, whose CU teams won three consecutive Big Eight titles (1989, ’90 and ’91). “Keep in mind I’ve been out of coaching almost 20 years, so to be remembered after such a long absence was a complete surprise to me.”

McCartney met success in Boulder after his first three teams posted records of 2-8-1, 4-7 and 1-10. Mac switched the Buffs to the wishbone offense before the 1985 season when CU went 7-5.

McCartney retired following the 1994 season when CU running back Rashaan Salaam (Soc ex’95) won the Heisman Trophy. The coach was inducted into the Colorado Sports Hall of Fame in 1999.