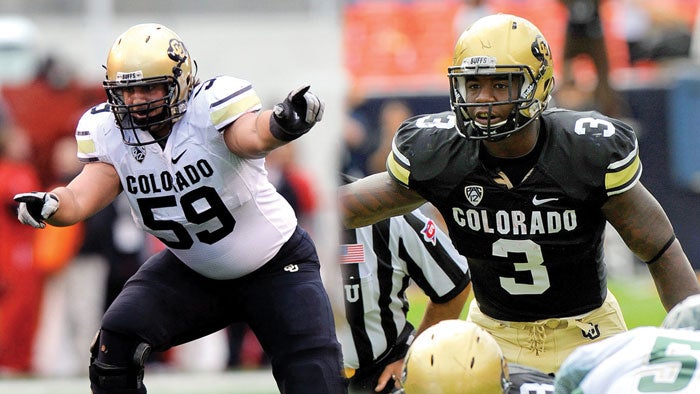 CU went into August preseason camp trying to settle on a starting quarterback among three primary contenders — third-year sophomore Nick Hirschman and transfers Connor Wood from University of Texas and Jordan Webb from University of Kansas.

And standout receiver Paul Richardson hinted during the summer that he might be ready to play at some point in 2012, despite suffering a major knee injury in the spring.

The Buffs will be one of the youngest teams — if not the youngest — in the nation’s Football Bowl Subdivision in 2012. But coach Jon Embree (Comm’88) knows success on the field is the only sure-fire way to influence how fans view the program.