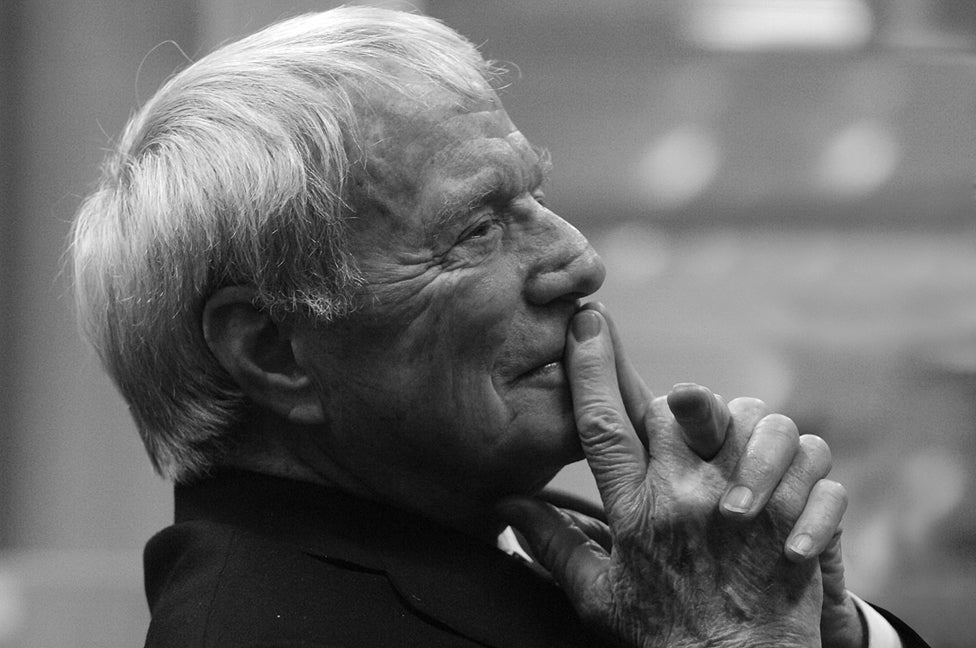 Fifty years ago, Scott Carpenter (Aero’49, HonDocSci’00) became the fourth American to fly in space before landing dramatically in the Atlantic Ocean 250 miles off course. His pioneering work laid the foundation for five decades of space exploration.

When Scott Carpenter (Aero’49, HonDocSci’00) lifted off from Cape Canaveral, Fla., atop the Mercury-Atlas rocket on May 24,1962, he swiftly climbed to 165 miles in altitude. He and his capsule entered Earth’s orbit, eventually speeding around the planet at 17,000 miles per hour — a velocity roughly equal to flying from New York to Nepal and back in under 60 minutes.

As he orbited Earth, he made history by becoming the fourth American to fly in space, further cementing the United States’ new position of power in the space race against the Soviet Union. But his dramatic landing in the Atlantic Ocean 250 miles off course captured the attention of the American public who were glued to the TV as newscasters speculated the young father of four and his capsule had been lost. Fifty years later Carpenter, who lives in Vail, Colo., with his wife, reflected on that day.

“That seems like a long time ago,” says the 87-year-old Carpenter who was the first of 18 CU-Boulder astronauts to fly in space. “I still remember what a thrill it was being up there. I liked the feeling of weightlessness and the view I had of the Earth.”

A major goal of his mission was to determine whether an astronaut could work in space, a big step toward putting a person on the moon, so his flight plan included five onboard experiments. Amid cabin temperatures that reached 108 degrees, he worked through his assigned tasks, later saying he loaded his flight plan too ambitiously for such a short time frame. He became the first American to eat solid foods in space and identified the mysterious “fireflies” astronaut John Glenn had observed in a previous flight. Appearing as luminous swarms of fireflies, they were, in fact, particles of ice and frost.

But Carpenter’s historic mission grew complicated as he prepared to travel back to Earth. A malfunction occurred with the navigational system, which caused him to land 135 miles northeast of Puerto Rico at 12:41 p.m., 250 miles from the planned splashdown zone. With no recovery forces in the near vicinity and no ability to communicate with Cape Canaveral because he was out of NASA’s radio signal range, Carpenter climbed out of his capsule and into a life raft. He was sighted by a rescue aircraft.

During the tense 55 minutes between the time he landed and was rescued, newscasters speculated he had been lost, as his family watched television coverage in a beach house near Cape Canaveral.

“I was not frightened by that because contrary to their lack of knowledge of my location, I knew exactly where I was,” a smiling Carpenter told Kennedy Space Center employees earlier this year. “I was back in the water where I wanted to be. It was a total resounding success. It was a great, great honor and pleasure to be part of such a marvelous and successful program.” 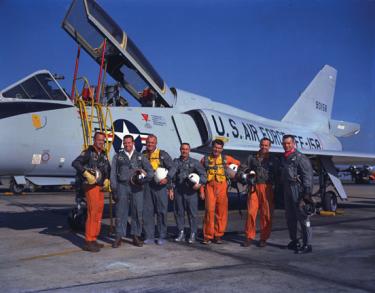 Carpenter was lifted out of the water by helicopters dispatched from the aircraft carrier USS Intrepid where he was brought. Onboard he received congratulatory calls from Vice President Lyndon Johnson and President John F. Kennedy. His courageous efforts and those of the other Mercury Seven crew laid the foundation for 50 years of space exploration, including the work of hundreds of CU-Boulder students and alumni working in aerospace-related fields.

“Scott’s an icon,” says astronaut Vance Brand (Fin’53, Aero’60, HonDocSci’00) who was the command module pilot in 1975 for the historic Apollo-Soyuz capsule that linked up with a Russian spacecraft, a sign that Cold War tensions were easing. Afterwards he commanded NASA space shuttle missions in 1982, 1984 and 1990.

“The original Mercury Seven astronauts started everything,” says Brand, a Longmont, Colo., native who lives in California with his wife. “They showed us that the United States could develop a spacecraft and put human beings into orbit.” 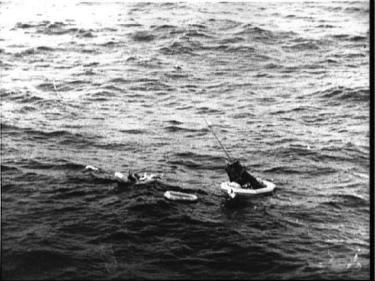 May 24, 1962 – Carpenter, prime pilot for the Mercury-Atlas 7 mission, is seen being recovered from the Atlantic Ocean after splashdown.

The Mercury Seven were the original seven astronauts selected for NASA’s Project Mercury in April 1959. At the time, NASA was only six months old, and the project aimed to launch the first Americans into space and bring them back safely. The Soviets had launched the Sputnik 1 satellite in 1957, which fueled Cold War tensions between the United States and the Soviet Union.

At the time there were many unknowns related to humans being in space, and fears ranged from whether astronauts’ vision would be too blurred to read the control panels to whether swallowing would be possible in zero gravity. The Mercury Seven would help clarify the impact of space travel on humans.

The Mercury capsule was so small it held only one astronaut. NASA astronauts made six flights during the Mercury project, the first in 1961 and the last in 1963. Two of the Mercury missions were suborbital, meaning they went to space and came right back down. The other four went into orbit and circled Earth. 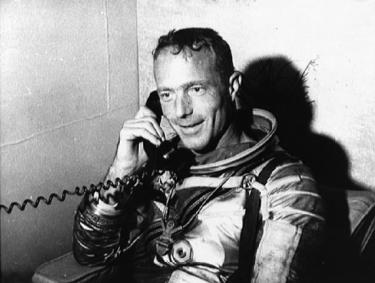 May 24, 1962 – Carpenter talks with President John F. Kennedy via radio-telephone aboard the carrier USS Intrepid.

A health problem prevented Donald “Deke” Slayton from flying a Mercury mission, but he finally flew into space in 1975 with Brand on the Apollo-Soyuz mission. These seven pioneers were celebrated in Tom Wolfe’s 1979 book, The Right Stuff (Picador), later made into a movie, which tells the inside story of early military test pilots as well as the original Mercury Seven astronauts.

“Scott Carpenter is the epitome of all of the good things about the University of Colorado Boulder’s leading role in probing the frontiers of space,” says CU-Boulder Chancellor Philip DiStefano. “The 50th anniversary of his mission [in New York City] was a tribute to NASA’s original Mercury Seven crew and to all of the NASA astronauts, including many associated with CU-Boulder, who have stood on their shoulders.” 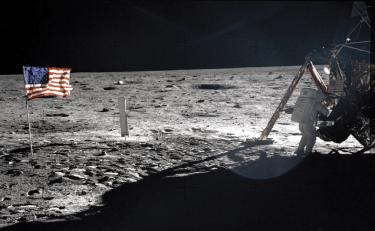 Born in Boulder on May 1, 1925, Carpenter grew up in a house at Seventh Street and Aurora Avenue in the shadow of Flagstaff Mountain and graduated from Boulder High School in 1943. He then entered the Navy’s V12a flight training program at Colorado College in Colorado Springs. He spent the next year training in California and Iowa, returning to CU-Boulder to study aeronautical engineering.

“I’m very proud of my attendance at the University of Colorado,” Carpenter says. “And there was not a better home for me than Boulder.”

Although he was one course requirement short of graduating with a bachelor’s degree in aeronautical engineering when he left CU in 1949, the university awarded him his degree in 1962 three weeks after his successful Aurora 7 flight. When he presented the degree to Carpenter, who spoke at graduation, then-CU President Quigg Newton noted that Carpenter’s “subsequent training as an astronaut has more than made up for his deficiency in the subject of heat transfer.” 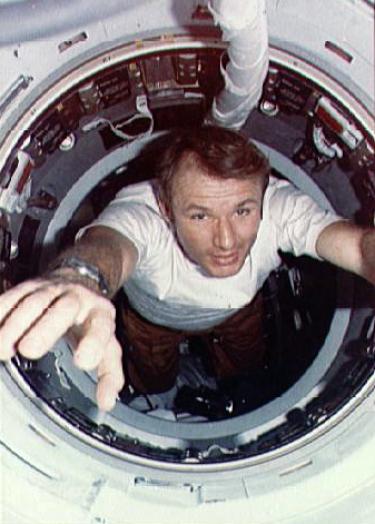 In 1965 Carpenter took a leave of absence from NASA to participate in the Navy’s Man-in-the-Sea Project as an “aquanaut” in the SEALAB II project off the coast of La Jolla, Calif. He spent 30 days living and working on the ocean floor at a depth of more than 200 feet. Because of his groundbreaking deep-sea diving experiences with the Navy, he is hailed by many to be the first person to conquer both outer and inner space.

“I think that after I spent my time under water the most important thing I came back with was the realization that it is now possible for men to live permanently where once they could not even venture for a second,” Carpenter said in a 1969 interview.

“And this is of tremendous importance . . . it means advancing technology has peeled off a layer of ocean water 200 meters thick [the 1969 SEALAB III project was set 185 meters below the ocean’s surface] and it opens up vast new lands and resources and knowledge, which are only 200 meters away and have been waiting for us for centuries.”

In 1967 he became the Navy’s director of aquanaut operations during the SEALAB III experiment before retiring two years later to found and become CEO of Sea Sciences Inc., a venture capital corporation that developed programs aimed at the enhanced use of ocean resources and improved health of the planet. He worked closely with noted diver and scientist Jacques Cousteau and members of his Calypso team. Carpenter subsequently dove in most of the world’s oceans, including under Arctic ice. 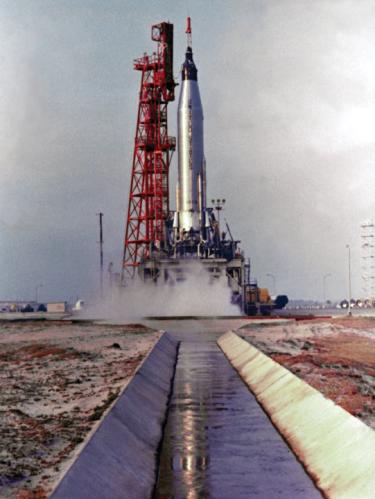 Scott Carpenter’s (Aero’49, HonDocSci’00) Aurora 7 capsule on board the Mercury-Atlas rocket gets ready for liftoff in Cape Canaveral, Fla., on May 24, 1962.

Carpenter later became a consultant and has lectured around the world, narrated TV documentaries and written several books, including the 2003New York Times bestseller, For Spacious Skies: The Uncommon Journey of a Mercury Astronaut (Harcourt) co-authored with his daughter, Kristen Stoever. His lessons learned as the second American to orbit Earth have shaped his life.

“You always fly with fear,” Carpenter told an interviewer several years ago, referring to space travel. “But that’s the way it should be. Fear makes you do a better job. You’re afraid on the freeway, so it makes you a better driver.”

Photos courtesy of Casey A. Cass (top) and NASA 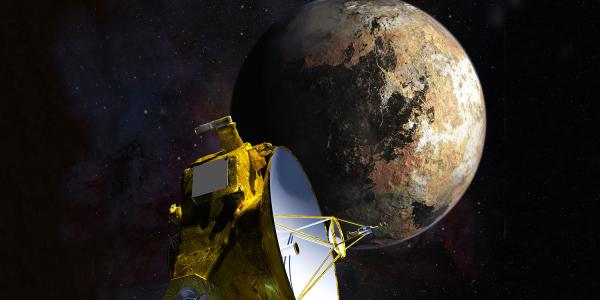 NASA’s New Horizons spacecraft is about to become humanity’s first emissary to Pluto. Alan Stern has the insider view. END_OF_DOCUMENT_TOKEN_TO_BE_REPLACED 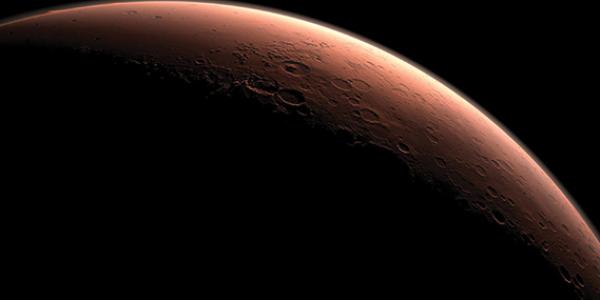 ​A CU-led mission seeks to understand the planet’s climate and if Mars could have been habitable. END_OF_DOCUMENT_TOKEN_TO_BE_REPLACED 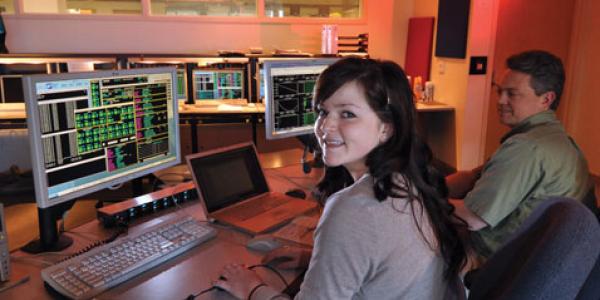 Who controls the satellites we see at night? Nearly 25 CU undergrads monitor four of them, collecting critical information about the Earth, sun and our galaxy. END_OF_DOCUMENT_TOKEN_TO_BE_REPLACED