Do you suffer from chronic pain like four in every 10 Americans?

If so, findings from a CU-Boulder-led research team could change the way chronic pain is treated with drugs such as morphine, which has been around since the 1850s. The United States is one of the world’s highest users of morphine.

CU researchers have discovered that two proteins in the central nervous system team up to respond to morphine and cause unwanted neuroinflammation. As a result, morphine and similar so-called “opioid analgesics” actually can enhance pain by increasing the excitability of neurons in the pain pathway.

“We have shown this protein complex essentially cuts morphine off at the knees, preventing it from doing its job in controlling pain,” says Linda Watkins, distinguished professor of psychology, a co-author of the study.

This finding may help researchers develop new drugs that could offer increased effectiveness by decreasing neuroinflammation and minimizing some of morphine’s side effects that include addiction to the drug. The CU discovery is critical given that chronic pain sufferers cost the nation as much as $635 billion annually in lost productivity and health care expenses.

CU-Boulder researchers have been working with the CU Technology Transfer Office and have filed a group of related patents on potential therapeutics for optimizing current pain management therapies, according to assistant professor of chemistry and biochemistry Hang “Hubert” Yin. 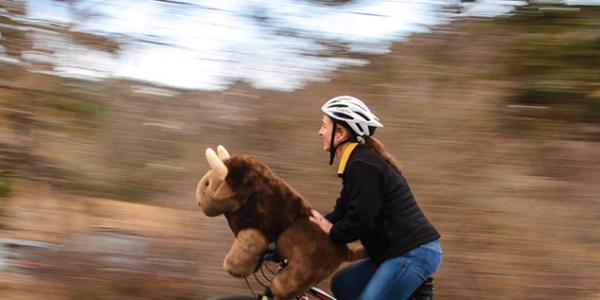 CU researchers find that people who might perceive exercise as being forced, including athletes, military members or those prescribed an exercise regimen, are still likely to experience reduced anxiety and depression. END_OF_DOCUMENT_TOKEN_TO_BE_REPLACED

For the first time in more than a decade, new therapeutic treatments targeting two types of genetic heart disease affecting an estimated 1 million Americans could hit the market. END_OF_DOCUMENT_TOKEN_TO_BE_REPLACED