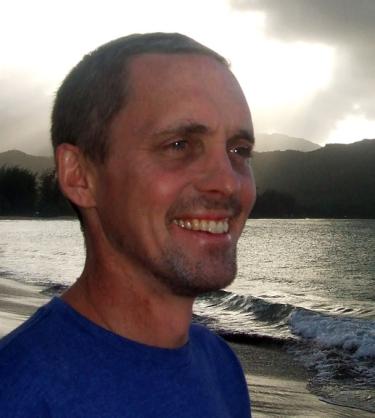 “Lance brought an uncanny ability to just understand how things work,” says Justin Gold, founder and CEO of the nut butter company. “He was really brilliant at bringing people together and putting them in the right place and understanding their talent and letting them be themselves.”

Lance, 43, died at home June 9, surrounded by his family. He was diagnosed with a brain tumor early in 2011. He was mentioned in “The Natural” article that appeared in the June 2012 Coloradan.

“The peace on Lance’s face when he passed was a tribute to the state of grace he was in, surrendering with dignity and beauty,” his family members wrote in a blog post about his passing.

Gold says he first met Lance at a marketing presentation at Naturally Boulder [a nonprofit organization with a mission of nurturing and enhancing Boulder’s natural products industry].

The theme of the presentation was “how to stand out in a crowd,” and Lance rode into the meeting aboard a Segway.

“Lance was the guy in the room that you wanted to be,” Gold says. “He was smarter than you. He had the most beautiful wife and family. He always had the right thing to say.”

Peter Burns, president of Celestial Seasonings, worked with Lance at Izze and recalls Lance went to great lengths to put Izze where it would be seen by the right people.

“He dropped stuff off at famous people’s houses,” Burns says. “He would sneak an Izze van into the Sundance Film Festival and be there until we got kicked out. He got brands and understood how to see brands and make brands work.”

Steve Demos, a longtime natural foods entrepreneur and investor, says he put his money into Justin’s in part because he was so impressed with Lance’s commitment to socially conscious capitalism.

“Lance was deeply committed to some very progressive ways of running a company, and that impressed me,” he says. “My great loss is not having known him more.”

Lance’s illness cut his life short just as he was reaching his full potential.

“He was at a point at Justin’s where he was really coming into his own,” Burns says. “He had the talent. He always listened to people from every facet of the business. He was developing into a fantastic natural foods business leader.”

Lance’s true passion and legacy, though, were his wife and children, Burns says.

“Every time we talked, we talked about our wives and our kids,” he says. “That’s the stuff that I’ll miss the most.”

Lance was a practicing Buddhist who meditated daily. He is survived by his wife, Nancy Gentry, and their children, Zach, 9, and Amelie, 7.

A community memorial service will be held sometime this fall.

A longer version of this story appeared in the Daily Camera on June 10, 2012, and was written by Erica Meltzer.