Home Summer 2012 The Art of Living

The Art of Living 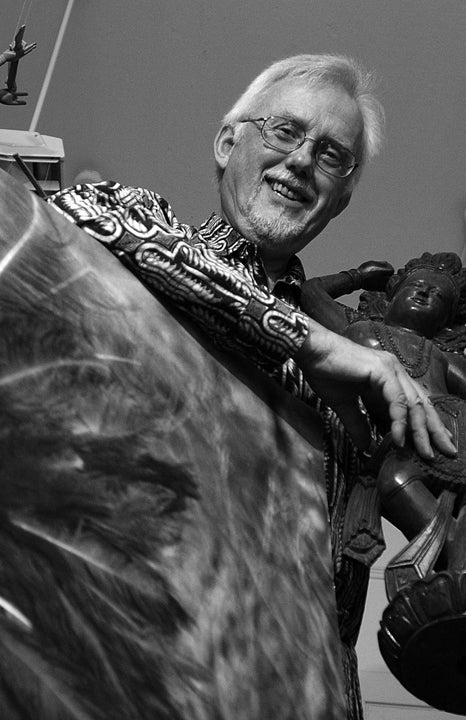 Art professor emeritus Ron M. Bernier died Jan. 25, 2012, as a result of complications arising from multiple sclerosis. He leaves behind hundreds of former students who spent their CU education trying to get into any and all of Ron’s art history classes.

His love of art was established at a young age. He told Coloradan writer Haley Sinn-Penfold (Art’05) in 2005 that he remained grateful to his second-grade teacher who brought to class a brochure of the Maori people of New Zealand.

“I remember asking, ‘Are there really people like that?’ She said, ‘Oh, yes, but very far away.’ I have been looking for those faraway people all my life.”

He went on to share his enthusiasm and passion with generations of students while touring the most remote regions of the world, including Nepal. He wrote the first book ever published on Nepalese temples. His love for places, people and their art was propelled by the fact that much of it was quickly disappearing amid modernizing.

In the early ’70s Ron was awarded the Teaching Recognition Award from CU-Boulder. After 35 years with CU, Ron was awarded the title of Exploratory Emeritus of Art History, a one-of-a-kind moniker for a unique and truly talented visionary. He leaves behind his friend and partner of 45 years, Dianne Bernier, as well as many friends in the Boulder area who will miss his wit and humor.