First and Long for Embree 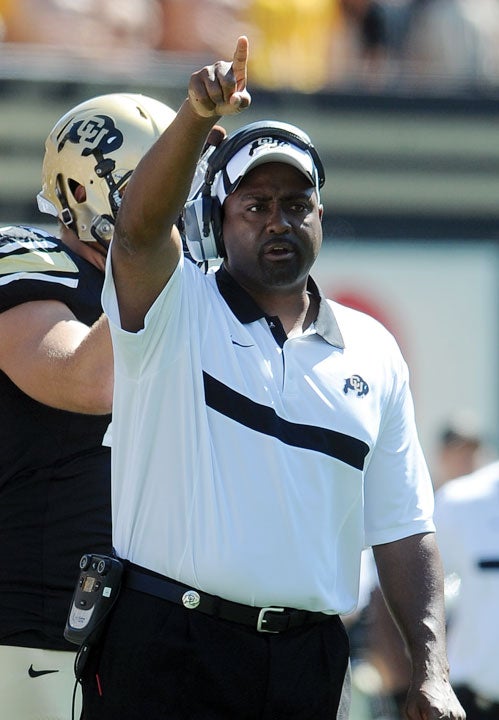 Like Bill McCartney experienced while coaching Jon Embree (Comm’88), Embree began his head coaching career at Colorado with one win in his first nine games. Facing one of the tougher schedules in the nation, Embree picked up his first coaching victory at CU in week three with a 28-14 win over rival Colorado State.

But with losses by three points in overtime to Cal and by four points to Washington State after leading by 10 with five minutes remaining and a big loss to Oregon, Embree praised fans for their support, regardless of the scoreboard.

“Obviously we’re not where we’d like to be this year from a record standpoint and one of the ways for us to continue to improve is obviously recruiting,” he said after the loss to Oregon.

Colorado had 14 confirmed oral commitments in mid-October for the 2012 recruiting class and is expecting to sign a full class of 25.

Missed some of the season?