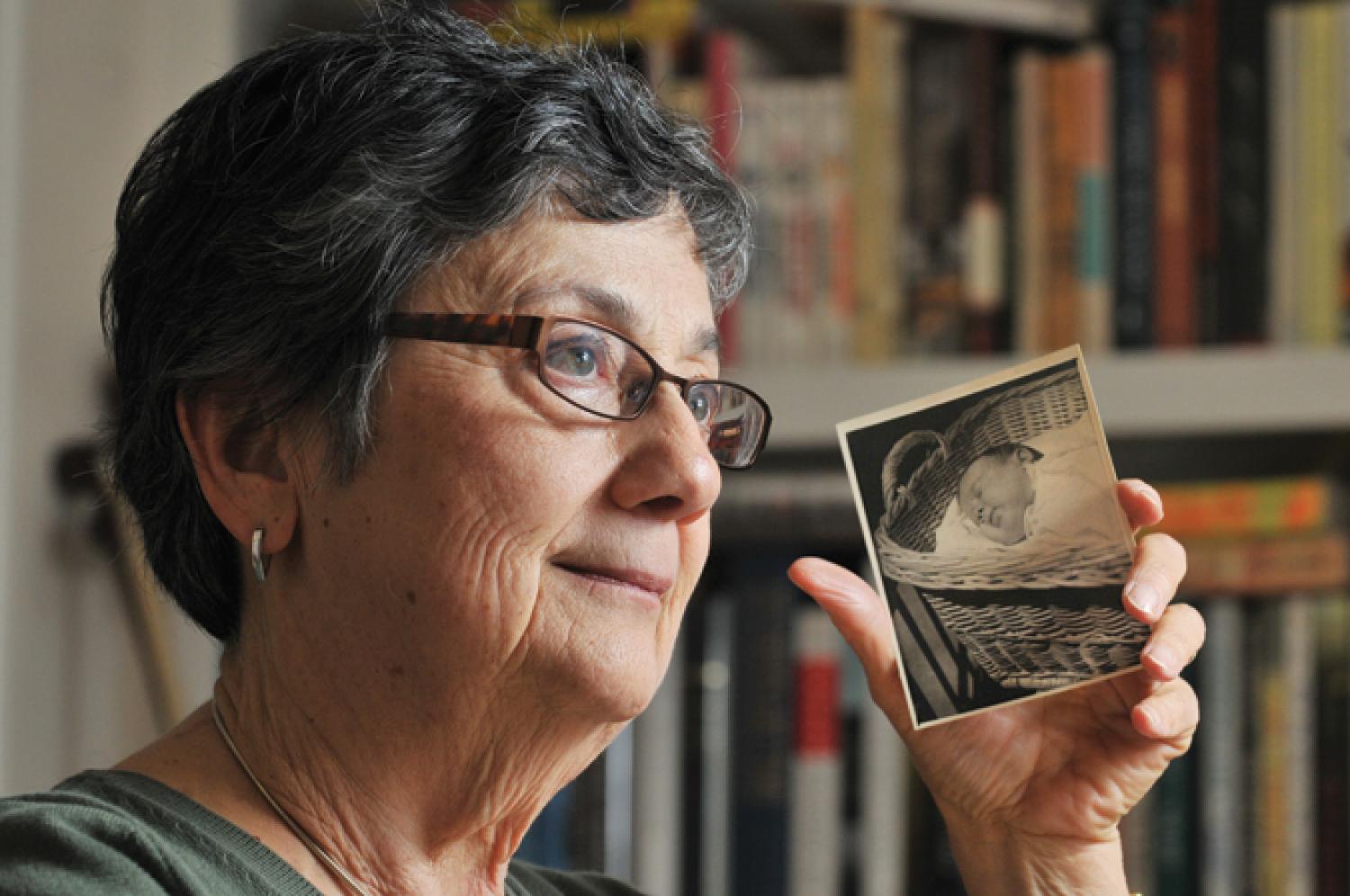 Maria Krenz (MSpanLit’77) holds a photo taken when she was an infant. During her infancy, she lived in hiding with her Hungarian-born parents to avoid being killed during the Holocaust.

From the moment she took her first breath in an air raid shelter at a Budapest hospital, Maria Krenz (MSpanLit’77) was considered one of “the others.”

The date was April 24, 1944, just weeks after Hitler marched his Nazi war machine into Hungary. Krenz weighed just 4 pounds and was six weeks early — a fact she considers “providential.”

“By the time my true due date arrived no Jews were allowed in any hospital,” recalls the 66-year-old Krenz.

In the year that followed, Krenz was shuffled from bombed-out apartment buildings to crowded cellars, her parents hiding her in a laundry basket and muffling her cries as they fled Nazi soldiers. Meanwhile, 440,000 Hungarian Jews — including 38 of her parents’ friends and family members — lost their lives. Once Hungary’s savage but mercifully short-lived Holocaust drew to a close in April 1945, “the hiding really started,” recalls Krenz.

“My parents resolved that no one who didn’t know before could ever know we were Jewish,” she says. “I never told anyone until I was 27 years old.”

The story of Krenz’s first year marks only the beginning of her 2009 book, Made in Hungary: A Life Forged by History (Donner Publishing), a painstakingly researched memoir that offers a rare insight into what happened in Hungary during the Holocaust and the oppressive communist era that followed. Seven years in the making, the book served as a catalyst for Krenz to come to terms with a life shrouded in secrecy and, as she puts it, “riddled with contradictions.”

As a Jew-raised-Catholic-turned-Quaker, the long-time Boulder resident speaks to high school and college classes not only about the Holocaust but also about the insidious and lingering prejudices that made it happen.

“Understanding why these events happened is really important when trying to understand how to prevent them or where they are likely to arise,” says CU political science assistant professor Sarah Sokhey who is using Krenz’s book and hosting her for a lecture in her “Democracies of Eastern Europe” class this spring.

“Talking about dates and treaties and who is coming to power can be a little dry, but here we have someone who lived it, is local and is willing to tell her story,” Sokhey says. “It’s very powerful.”

To Krenz’s parents Judaism was more ancestry than faith. Her mother — a banker’s daughter — had converted to Catholicism as a child. Her father, a well-educated chief financial officer, quietly celebrated Jewish traditions at home. Neither was particularly religious. Both were products of an era in which Hungarian Jews were encouraged to move to the city, gain an education and help usher the long-agrarian society toward a more modern, Western way of life.

“Nowhere in Europe were Jews more actively encouraged to assimilate and participate in economic and civil life than in Budapest at the turn of the century,” writes Krenz, noting that by 1910 half of the lawyers, doctors and journalists in Hungary were Jewish.

But after World War I, with two-thirds of Hungary’s territories lost to its allied neighbors and poverty sweeping the countryside, those unable to find jobs in the city and looking for a scapegoat blamed the Jews.

First, during the late ’30s came the anti-Semitic writings and crude posters, depicting Jews with “hooked noses, jug ears, woolly curly hair and strange sing-song speech,” she says. Then came laws banning Jews from universities and white-collar jobs. In 1941 the Hungarian government — a reluctant ally of Germany — prohibited marriage and sexual relations between Jews and Christians. A populist Hungarian weekly newspaper declared that “A single drop of Jewish blood sufficed to spoil the character and patriotism of a person.”

Baby Krenz was just 10 days old when the Nazis seized her family’s apartment declaring Jews had to leave. For a time, her parents joined 15 others in a windowless two-bedroom apartment on the top floor of a “yellow-star house,” designated for dispossessed Jews. Allied bombings were frequent, and her parents would huddle over her to shelter her from the falling plaster.

When it became apparent that yellow-star houses were merely collection points for concentration camps, the family fled again. They hid behind an armoire in a family member’s apartment for six weeks and then in a dark, filthy cellar packed with others.

At age 10 months, Krenz weighed less than she had at birth and was too weak to lift her head.

“My mother’s milk dried up, so she would soak six dried beans at night and try to push them down my throat in the morning,” she recalls. “If it had been a few more weeks, I wouldn’t have made it.”

By February 1945, Hungary had been liberated from the German occupation, and families began to return to their homes.

“As survivors trickled back to the city, the rumors were confirmed . . . the nightmares of the cattle cars, of medical experiments, of the gold collected from the teeth before people were shoved into gas chambers, of soap being boiled out of the remains,” describes Krenz in her book based on her mother’s diary written after the ordeal ended.

But the nightmare was not entirely over.

Fearful that anti-Semitism would never disappear, her father changed the family name from the German/Jewish Fleischl to the Hungarian Felhos. Her mother raised her Catholic. But her Jewish blood wasn’t all she had to hide. 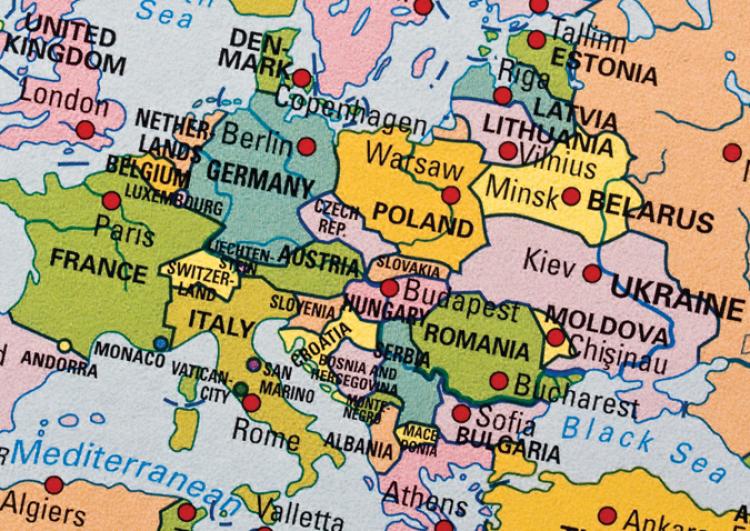 Within four years, a communist government had taken hold, nationalizing property, shunning all religion and demonizing educated, white-collar professionals as “class enemies.” By mid-1953, 44,000 people from Budapest had been interned in forced labor camps. Every time the security police’s gray car drove through the neighborhood, young Krenz shivered, knowing she had to hide her Jewish blood, her Catholic faith and her parents’ educated upbringing.

“We went in less than five years from liberation to the battle to reconstruct our country to another era of fear and scarcity ensnared by another bondage,” she writes.

Her father died of colon cancer at age 62, leaving Krenz’s mother to raise her child alone during a violent era in which disappearances were common and food was scarce. After the famous but failed Hungarian revolution of 1956, Krenz and her mother — like 200,000 other Hungarians — fled their “beloved and rejecting” homeland and didn’t look back.

In 1957, because of a U.S. quota system that limited immigration, Krenz and her mother faced a long wait to be allowed into the country. They opted for Venezuela instead, living with family members. In another moment of “providence” Krenz won a TV game show in Caracas, earning enough money for airfare to the United States.

With the quota system changed, she moved to New York in 1964 at age 20. Soon thereafter, she moved to Boulder to attend CU, later landing a job as editor at the National Center for Atmospheric Research. She married, divorced, had a son, became a Quaker and built a new life for herself.

But it wasn’t until 2002, at the urging of her partner, Mary Hey (Law’92), that she faced her past head-on. The two traveled to Hungary and visited a Budapest synagogue that had been transformed into a collection station and office for Holocaust architect Adolf Eichmann during the first year of her life.

“Eichmann had his offices upstairs and used to look down upon the Jews like cattle,” says Krenz with disdain. “Being in this place, hearing this story and just seeing my partner’s tears and outrage made me realize that my own story really needed to be told.”

During the next seven years, Krenz visited Hungary repeatedly, interviewing historians and burying herself in newspaper archives in hopes of better understanding not only what happened but why.

“It is much more frightful to see the Holocaust as just a random act of horror than to understand the background that led up to it,” she says. “I understand it better now.”

And in the knowing, she says, comes the power to create change.

“If I could teach one thing in this world, it would be to help people to understand what it is like to be ‘the other,’ ” she says. “With that kind of understanding comes an open heart, an open mind and not just tolerance but respect.”

Lisa Marshall (Jour, PolSci’94) is a freelance journalist and mother of four who lives in the hills west of Lyons, Colo. 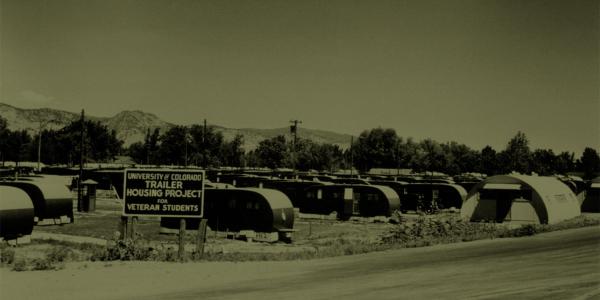 The History of Vetsville: How CU Housed Thousands of WWII Veterans

While traveling the world to understand everything there is to know about caffeine, Murray Carpenter uncovers some shocking surprises. END_OF_DOCUMENT_TOKEN_TO_BE_REPLACED 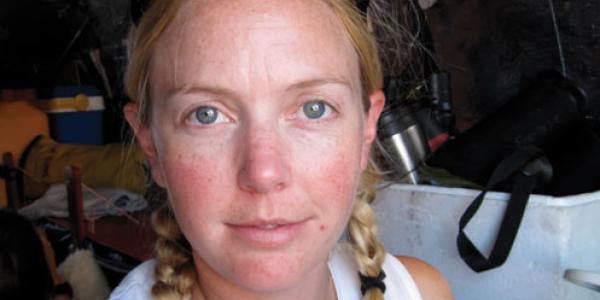