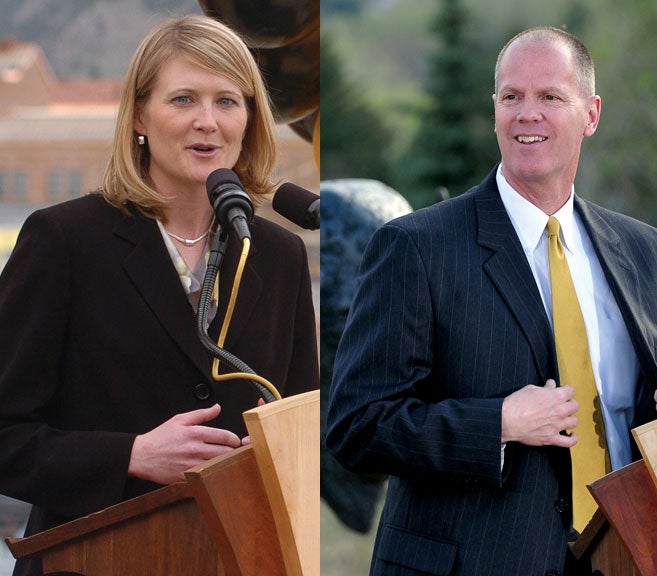 For the first time in school history, CU changed head coaches in both men’s and women’s basketball in the same off-season.

After Kathy McConnell-Miller was fired after five seasons (65-88 record, including 13-17 in 2009-10), CU hired former Buff Linda Lappe (Mktg’02) as her replacement. And when Jeff Bzdelik exited after three seasons (36-58) to take the coaching job at Wake Forest, the university lured Tad Boyle, who turned around the program at the University of Northern Colorado.

UNC set the school’s single-season record for wins (25) in 2009-10. Boyle, the 1981 Colorado high school player of the year while at Greeley Central High School, spent four seasons with the Bears, improving from 4-24 to 25-8.

“I promise you there isn’t a coach at the University of Colorado that is going to give you more of their heart and soul than I will,” Boyle says. “This job means everything to me. It’s a destination job for me.”

Lappe, who played for Ceal Barry’s Buffs from 1998 to 2003, was hired from Division II Metropolitan State College of Denver where she went 50-36 in three seasons as head coach.

“This is a dream come true,” says Lappe, who at 30 became the nation’s third-youngest Division I women’s basketball head coach. “I knew when I left here I wanted to be back someday. And I’m just so thrilled to have that chance.”

Both Boyle and Lappe received five-year contracts. Boyle is guaranteed about $590,000 annually, while Lappe’s yearly guaranteed amount is roughly $286,000.

Big 12 Freshman of the Year Alec Burks, the top freshman scorer in CU men’s basketball history, said shortly after Boyle was hired he would continue playing for the Buffs.