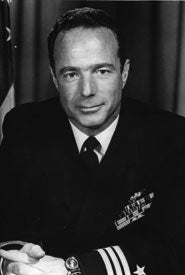 By the time President John F. Kennedy gave his Sept. 12, 1962, speech making the case for America to go boldly into space, one CU alum had already been there and done that.

Scott Carpenter (Aero’49, HonDocSci’00) shot into orbit on May 24, 1962. He made three orbits in his Mercury spacecraft named the Aurora 7 — his childhood home was located at 7th and Aurora streets in Boulder — and splashed down in the Pacific Ocean.

Carpenter was CU’s first astronaut alum but hardly the last. Sixteen more followed. Two — Ellison Onizuka (Aero’69, MS’69, HonDocSci’03) and Kalpana Chawla (MAero, PhD’88, HonDocSci’03) — died in separate space shuttle disasters. A third, Jack Swigert (MechEngr’53), had a near-death experience. He piloted the crippled Apollo 13 spacecraft safely back to Earth in what may have been the single most exciting ride in history.

Why so many Buffs in space? I have a theory about that.

But I think there’s more to it than that.

We usually think the space age began on Oct. 4, 1957, when the Russians put Sputnik into orbit, but in a sense it really began in 1893 when historian Frederick Jackson Turner pronounced the American frontier closed.

Americans have never entirely gotten over it. We’ve been looking for another one ever since.

Sure, we keep telling ourselves today’s frontiers are found by looking inward — the frontiers of the spirit and the mind — but I’m not convinced we believe it.

The dreams that sustain the space program are ones NASA rarely talks about — finding new lands, getting second chances, creating new civilizations and escaping from old ones. These things brought most of our ancestors to America and beckoned them to go West.

Colorado was one of the last frontier states, and when CU opened its doors in 1877, it was a very lonely frontier outpost. So three-quarters of a century later when Sputnik launched, our ears pricked up. And when NASA needed astronauts, Buffs jumped on board.

Being a pioneer is the real attraction of the space program. What Kennedy should have said was, “We choose to go to the moon not because it is easy but because it is hard — and because we intend to make it easy. Not just for the few but for all humankind.”

Paul Danish (Hist’65) has wanted to be an astronaut ever since Scott Carpenter (Aero’49, HonDocSci’00) got out of taking a final exam by orbiting the Earth three times. At the time, Danish was working for the Colorado Daily and recalls he and the rest of the newspaper staff stayed up all night awaiting news that Carpenter was in orbit. Danish laid out the front page, and the Daily was the first paper in the country with the news.