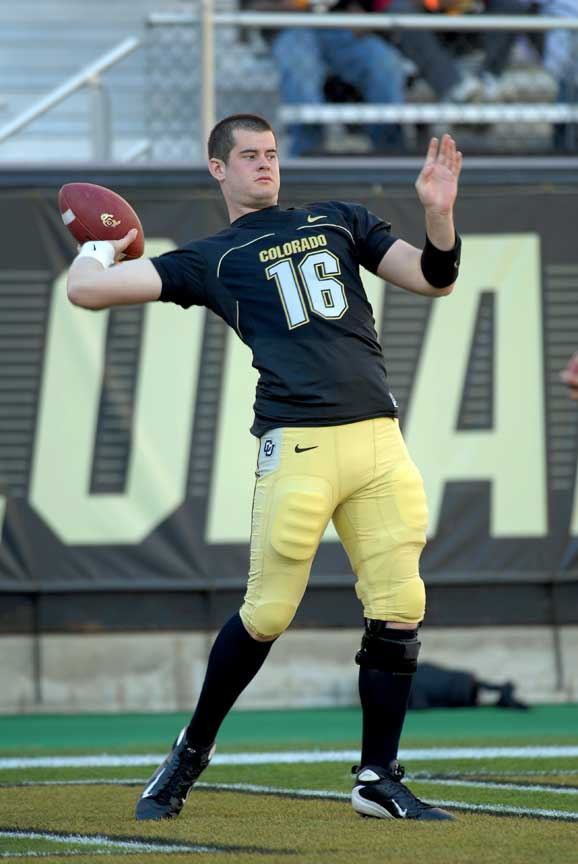 Matt Ballenger, above, has decided to transfer out of the CU football program.

While the battle for CU’s starting quarterback job isn’t expected to be settled before August, one candidate broke his thumb in April and another bowed out of the competition.

Sophomore quarterback Matt Ballenger, who saw playing time as No. 2 QB in 2008, decided to transfer out of the CU program. Ballenger, unhappy with his status as the No. 3 QB in spring ball, may pursue football and/or basketball options elsewhere.

“I understand the nature of it; guys want to play,” coach Dan Hawkins says.

That leaves junior Cody Hawkins and sophomore Tyler Hansen vying for the top QB job. The competition remained close throughout spring, but Hansen broke the thumb of his throwing hand in the spring game and underwent surgery that weekend. He’s expected to recover by mid-June.