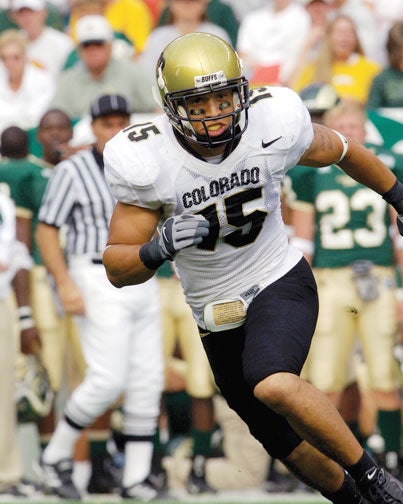 The football team failed to earn a bowl berth for the second time in coach Dan Hawkins’ first three seasons as head coach, but he is aiming for a big improvement in 2009. During his closing remarks at the Buffs’ post-season senior awards banquet, Hawkins set a goal for this year: “Ten wins and no excuses.”

Should the Buffs live up to those words, they’d double their win total from 2008, when they finished 5-7.

Hawkins’ record at CU is 13-24, with his best single-season mark being 6-7 in 2007, when the Buffs lost in the Independence Bowl. CU has posted three straight losing seasons for the first time since 1982-84.

CU needed a win against Nebraska in the regular-season finale to become bowl-eligible but lost 40-31 in Lincoln after leading going into the final two minutes.

The Buffs were hampered in 2008 by 11 season-ending injuries, plus six players being academically ineligible.

Because of all the injuries, CU will begin spring football later than usual with the spring game set for April 25.

Another problem was nine current and recent players got in trouble with the law during the first nine months of the year. To prevent a recurrence, Hawkins has created nine-man “accountability groups” within the team and CU plans to hire a director of “student-athletes wellness.”