The sky is always climbing

Home/Fall 2018/The sky is always climbing

My parents moved our family from California, the only home I’d known, to suburban Washington, D.C., when I was in high school. As the eldest, I was the first to address their transgression. During my senior year, I applied to Stanford, UC-Davis, a couple of schools in Virginia and the University of Colorado. CU was an afterthought, but when it came time to make a decision, something had changed: I had my first serious girlfriend.

Born in small-town Kansas and raised in Denver, Margaret came from a family that had taken the same eastward trek as mine. So, we made a pact: I’d go to CU, and she’d join me in a year. Intending to go home to Sacramento, at 17 I made it as far as Colorado. I arrived at the old Stapleton International Airport after dark and caught a van to Boulder. From a pay phone at Baker Hall, I called Margaret.

“What am I doing here?” I said. “I don’t know anybody in this whole state.”

“You’ll feel better when you see the mountains,” she replied.

I’d never laid eyes on the Rockies before, but the following morning I opened the drapes to my dorm room and saw what she meant. I set out to hike the Flatirons and underestimated the distance, which is a common mistake in that country. While trying to ascend Pike’s Peak, the 14,000-footer that bears his name, Zebulon Pike climbed the wrong mountain. “The sky,” Pike biographer John Patrick Murphy explained, “was always climbing.”

As it happens, this is also true of a healthy university, even if it’s not always evident for those at the base of the mountain.

Two years later, trying to decide between majoring in history or forestry, I left school. After a stint in a Sacramento hardware store and finding seasonal work with the National Park Service, I had a job roofing in Charlottesville. One day I was up on a roof and it was like 100 degrees and I thought, what am I doing in this town? It was there that I had an epiphany: Adults spend most of their waking hours working. This suggests that if you want a happy life, you’d better find gainful employment doing something you enjoy.

What did 20-year-old Carl Cannon like doing? Riding motorcycles, playing baseball, fishing, listening to music, reading books. Nobody was going to pay me to do those things. So, I thought of the adults I knew who were happy. The first one who came to mind was my father, then covering the White House for The Washington Post. That dude’s happy in his job, I thought. He can’t wait to get to work in the morning. Armed with no more insight than that, I quit my construction job and hitchhiked from Charlottesville to Washington. At the Post, I walked to my father’s desk and announced that I wanted to be a newspaperman. 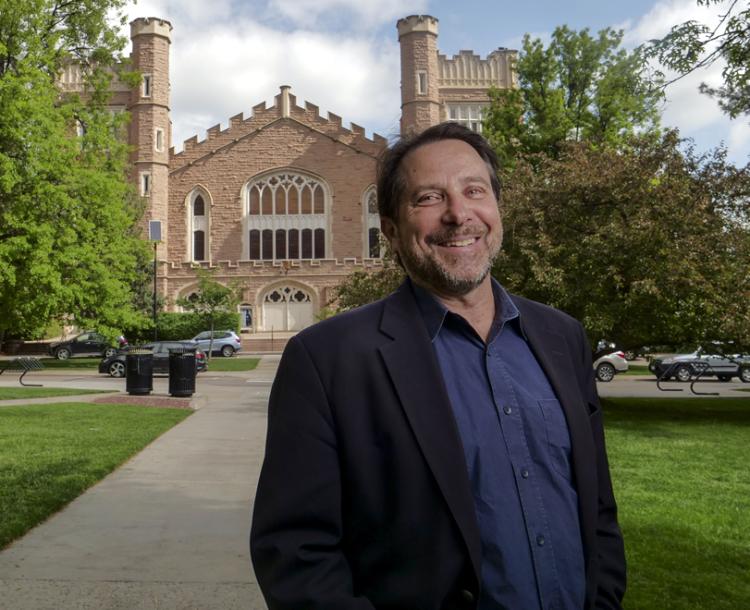 Carl M. Cannon is the Washington bureau chief of Real Clear Politics. His first job for newspapers was at age 14 delivering the San Francisco Chronicle in Sacramento, California, and he’s been a reporter from coast to coast, from The San Jose Mercury News to The Baltimore Sun.

He’s covered four presidential administrations as a bureau chief and is a recipient of the Gerald R. Ford Journalism Prize for Distinguished Reporting and the Aldo Beckman Award, the two most prestigious awards for White House coverage. 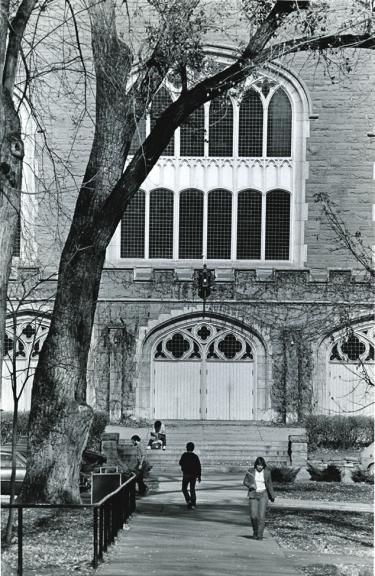 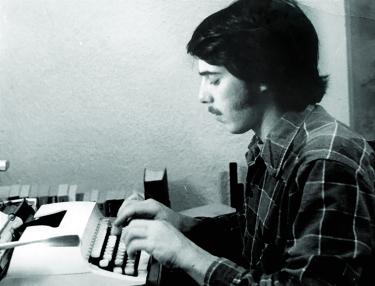 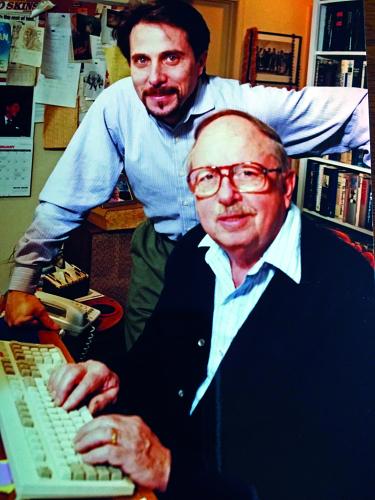 I asked the CU receptionist if I could get back into school. She said that if I’d been gone less than a year I was still considered “a student in good standing.” Liking the sound of that, I asked if CU had a journalism department. We have a School of Journalism, she replied. “Can I get into it?” I asked. “That’s up to them,” she said as she transferred the call.

Seconds later, a male voice answered tersely: “Archibald.” I was talking to Samuel Archibald, a man with a Sacramento connection himself. A former newspaperman, Sam was the staff director of a congressional subcommittee chaired by John Moss, a Sacramento real estate man who’d been in Congress longer than I’d been alive. With Archibald doing the grunt work, Moss shepherded the Freedom of Information Act through Congress. Signed by Lyndon Johnson on July 4, 1966, the law made Sam a hero in journalism circles. His reward was a faculty position at CU’s School of Journalism.

But now Sam had a problem. The kid on the other line wanted to transfer, midyear, into his program. “I’ve got one open spot, and 150 applications for it,” he said. “I blame Woodward and Bernstein. Where are you calling from?”

“I don’t want to read all those applications—and you called on the phone, which is what a reporter would do,” he said, almost talking to himself. “Can you be here Monday morning at 9?”

By 9 a.m. Monday I was waiting on the steps of Macky, where the J-school was housed. Sam was true to his word, and I upheld my end of the bargain, taking courses in the summer and over winter break, along with a heavy credit load for my last three semesters. I made the dean’s list—graduating with my class—made friends for life, and found my calling. I loved it from my first day and gravitated toward the practitioners on the faculty, especially Malcolm Deans, the night managing editor of the old Philadelphia Bulletin. Mal lined up my first paid reporting job covering city hall in the various “L” towns ringing Boulder for Percy Conarroe, owner and publisher of the Louisville Times. Percy paid me $5 an article, in cash. 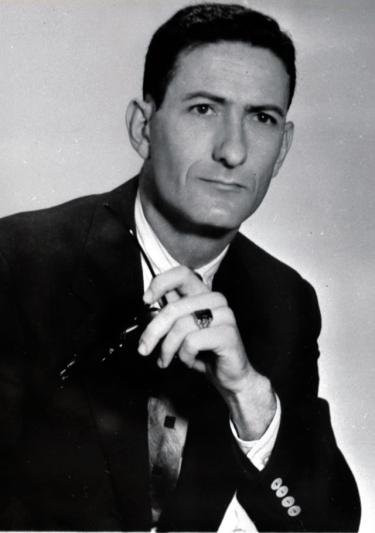 "I’ve got one open spot, and 150 applications for it. I blame Woodward and Bernstein. 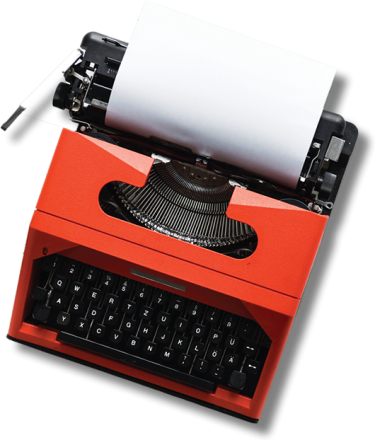 The last time I talked to Sam Archibald was graduation week in 1975. I had interviews lined up all over the South, which held a fascination for me. Seeing me on the steps of Macky, where I’d first laid eyes on him, Sam asked me where I was going. “To get a job!” I said.

“You’re not going to grad school?” he asked. I told him that I’d been in school since I was 5 and had been waiting for this moment the entire time. “You’ll be back,” he said.

It was a discordant end to our relationship, especially since he’d helped me so much. What I said didn’t prove to be true, anyway. As I made my way in daily newspapering covering cops, courts, education, politics, Congress and the White House in a succession of cities, I often found myself on college campuses. I loved them. I visited Stanford as a Hoover fellow; participated in presidency conferences at Princeton and the University of Virginia; was an Institute of Politics fellow at Harvard; and co-taught a course at Gettysburg College. Yet one school was conspicuously missing. Even when I covered Colorado politics, I didn’t have much interaction with CU. I’m not sure why.

Then, several years ago, Steve Sander, a classmate from my CU days, told me that they were doing away with the J-school. My estrangement, I figured, was complete. But just after Thanksgiving last year, an email arrived out of the blue. Lori Bergen, the dean of the newly constituted College of Media, Communication and Information, was going to be in Washington. Did I want to have lunch with her?

I was taken with her, and everyone else I’ve met at CMCI. Dean Bergen explained her vision for the school, which was inspirational. As I think about it now, of course I realize the School of Journalism needed to be rethought. When I arrived on campus, it hadn’t changed terribly much since the legendary Gene Fowler studied journalism for a year in Old Main in 1911. Yes, it produced the great Rick Reilly seven decades later, but what has happened to journalism since 1981? Short answer: everything.

In print, the business model collapsed, while the advent of cable news and the internet exposed fundamental problems with the journalism model. Even an ink-stained traditionalist like myself has been in digital journalism for eight years. Of course CU’s School of Journalism had to be rethought.

I also quickly became convinced that those doing this reinventing are on the right track. Like my old high school girlfriend, Lori Bergen is a native Kansan. I told her I’d do my part, so if you see me on campus, or in Washington on an internship—or futilely trying to scale the Flatirons—you’ll see that Sam Archibald was right. I am back.