Samira Rajabi was walking to class the first day of her second year as a PhD student when the media studies scholar lost her balance and hit the ground.

“It felt like someone had pushed me from behind.”

Weeks later, she found herself in front of her laptop at midnight––a CD of her new MRI brain scan in her disc drive––scouring Google for hints of what was wrong with her. Even before doctors gave her a diagnosis the next day, she found a YouTube video by a man named Daran on his surgeries for “acoustic neuroma”—the same kind of tumor she rightly suspected was filling the space between her inner ear and brain stem.

Rajabi emailed Daran asking for advice. By morning, he responded: “Keep your sense of humor.” It was her first experience receiving online support.

Nine years and 10 brain surgeries later, Rajabi serves as an assistant professor of media studies at CMCI. The word “laugh” remains tattooed on her forearm.

Her new book, All My Friends Live in My Computer, offers a glimpse at an often-overlooked upside of social media––particularly for those experiencing trauma.

“There is this narrative that social media is the boogeyman,” says Rajabi, seated in her brightly painted office. “But it’s more complicated than that. People are also using these platforms to create communities and find belonging.”

From Africa to Boulder: Smartphones as tools

Rajabi found the way to her specialty––a unique intersection of media, trauma and disability studies––via a circuitous route.

She earned her degree in business management from CU Boulder in 2007, just in time for the Great Recession. After stints as a wine rep, retail clerk and yoga instructor, she returned to school to get a master’s degree from the University of Denver, where she studied how social movements use technology to mobilize change.

In the U.S. at the time, headlines warned of the tech addiction and loss of privacy the digital revolution could bring. But in the remote hills of Uganda and Rwanda, where Rajabi traveled after graduating, she discovered women—including victims of sexual violence—using their phones to connect in previously impossible ways.

“They wore necklaces with their cellphones woven into them. It was a point of pride,” she recalls.

Though she planned to return to Africa for her doctoral work, Rajabi’s tumor, which she named Herbert in a blog she shared on Twitter, had other plans. While benign, it was golf-ball-sized and growing, threatening to paralyze her facial nerves, steal her hearing and worse.

“I was told: In two years, this could knock out your brain stem and you’ll stop breathing and won’t understand why,” she says.

At 26, Rajabi was left with a harrowing choice between surgery and radiation, and “watch-and-wait.” Again, she flipped open her laptop, seeking answers and solace from fellow young people who’d faced the same thing.

She chose surgery, and without missing a step at school she also pivoted toward a new doctoral thesis posing the same question now at the center of her book: How do people use digital media to respond to the big questions that trauma forces them to ask––and is it helping?

The many shades of trauma

Through seven years of research, Rajabi uncovered many truths about trauma––including that it can take many forms.

One personal example included in her book is the Trump administration’s 2017 executive order banning travel from Muslim-majority nations. As a second-generation Iranian, she says, she felt the sting deeply and personally.

“Trauma is when our meaning-making schemas get broken, and the ways we once made sense of the world stop working for us,”  she says. “Like when you live your whole life in a country and are suddenly told you don’t belong there anymore.”

Through interviews with the curators of the online exhibit “Before We Were Banned,” with the Iranian American comedian Maz Jobrani, and with the creators of the Instagram page Banned Grandmas, Rajabi found that the online world can become an indispensable vehicle for activism and creative expression.

Her book also details the photojournalistic blog of Angelo Merendino, whose wife, Jennifer, was diagnosed with breast cancer just five months after they met.

His blog, The Battle We Didn’t Choose, documents their love and her death via poignant black-and-white photos. Once a link made its way to Facebook, the response was heartfelt and extraordinary, Rajabi says.

“Something about the way he captured her journey really resonated with people.”

Rajabi also documents the frenzy that unfolded online after Denver-based CrossFit athlete Kevin Ogar suffered a crippling spinal cord injury while hoisting a 235-pound barbell over his head during a competition.

The grainy, 5-second video of the accident went viral, drawing both condemnation by critics who viewed the activity as unsafe and a flood of support for Ogar from the CrossFit community. Devotees mobilized on Twitter and Facebook to craft memes that raised $300,000 for his care, and Ogar himself––who now owns a gym and is an advocate for adaptive CrossFit––became an overnight online inspiration.

“Social media can be a dark and ugly place but it put so much love in this person’s life at a time when he was truly suffering,” Rajabi says.

“There is this narrative that social media is the boogeyman, but it’s more complicated than that. People are also using these platforms to create communities and find belonging. 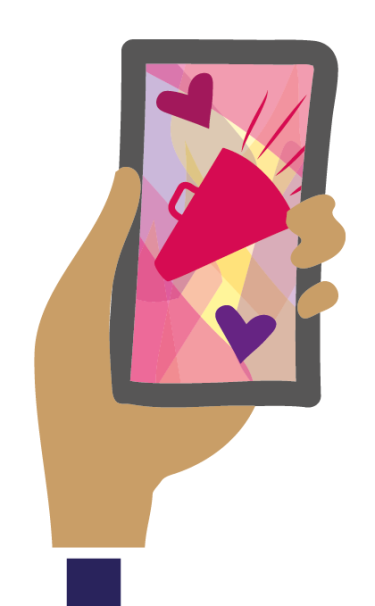 Such stories aside, social media is not free of pitfalls for the traumatized, Rajabi stresses.

She agrees with disability scholars in their critique of the way society puts pressure on disabled people to embody a “super-crip” mentality, which positions disability and trauma as things to be overcome rather than to be lived with.

Ogar’s narrative, complete with OgarStrong hashtags and corporate sponsorships, was a clear example.

“When we are traumatized, we are told to overcome—not just find a new normal but to dig in and find a superpower lurking inside of us,” Rajabi said during a talk for TEDxBoulder.

This mentality, she adds, likely complicated her own battle with Herbert.

Six weeks after her first surgery, inspired in part by motivation she found online, Rajabi returned to the gym, only to suffer a spinal fluid leak that required further surgeries. In retrospect, she says, she may have felt pressure to return too soon––and there are, she concedes, other problems with the social media space she frequently inhabits.

“It is co-optive. It is demanding free labor of its users. It is algorithmically meant to keep our eyeballs on the page so it can sell us more things,” she says. “But it can also be full of really beautiful eruptions of love, creativity and coping.”

For that reason, Rajabi argues, it is critically important that such spaces be protected from exploitation. Amid a global pandemic, in which social media has become a social lifeline for many, that message is more important than ever.

“My hope is that we’ll start thinking about how we can orient social media less toward commodification and more toward care,” she says.

In the meantime, she hopes her story and research will help others navigate their own trauma, whatever form it may take.

“Trauma unmakes the world but we get to be the builders of a new world. I now know that I don’t have to shove down my trauma and make it go away,” she says. “I can move through it, and there are people who can move through it with me.”