It was mid-September and 98 degrees at 9 p.m. in Albany, Georgia, as we sat on Vetta’s front porch talking and drinking Dr Pepper.

In the year since I left Texas, I had forgotten what humidity felt like. Sweat was dripping off my body from everywhere. I’d traveled to Albany from Boulder to photograph Vetta, who uses the pronoun they, for Roots. Self. Gaze., an exhibit I was preparing on Black LGBTQ+ artists from the South for my thesis project.

Lightning bugs lit up the front yard as Vetta talked to me about moving to Arizona for a few years before deciding to return home.

“I spent my whole life in Georgia, but after graduating from college, I wanted to go out and explore for a while. I ended up in Arizona, and I liked it, but I didn’t see anyone like me,” they told me. “There’s something about being in the South, being home, that I took for granted. I love the South and my people, and I don’t want to leave again.”

Like others I’d photographed for the project, I met Vetta through a mutual friend on Instagram. I could tell they were serious about not moving away again. While Vetta talked, I realized we had a lot in common.

Having grown up in Fort Hood, Texas, before moving to Denton for my undergraduate studies, I knew that I wanted to leave my home state at some point and saw graduate school as my out. When I decided to apply to graduate school, I applied to all out-of-state universities.

What I thought was me feeling stifled was really me just looking for a change. As I started to work on my project, it occurred to me that to move forward and grow, I had to return to my roots.

Roots. Self. Gaze. helped me do just that.

Over the course of four weeks, I traveled 4,395 miles and took over a thousand photographs. In Texas, I photographed Kristal in Killeen, Derrel in Dallas and Bri in Southlake. Next came Vetta in Albany, Georgia, and Danielle in Boston, where she had moved from Houston.

“These are the same trees our ancestors looked at. The same ground their blood was spilled on. There’s power in that."
—Vetta 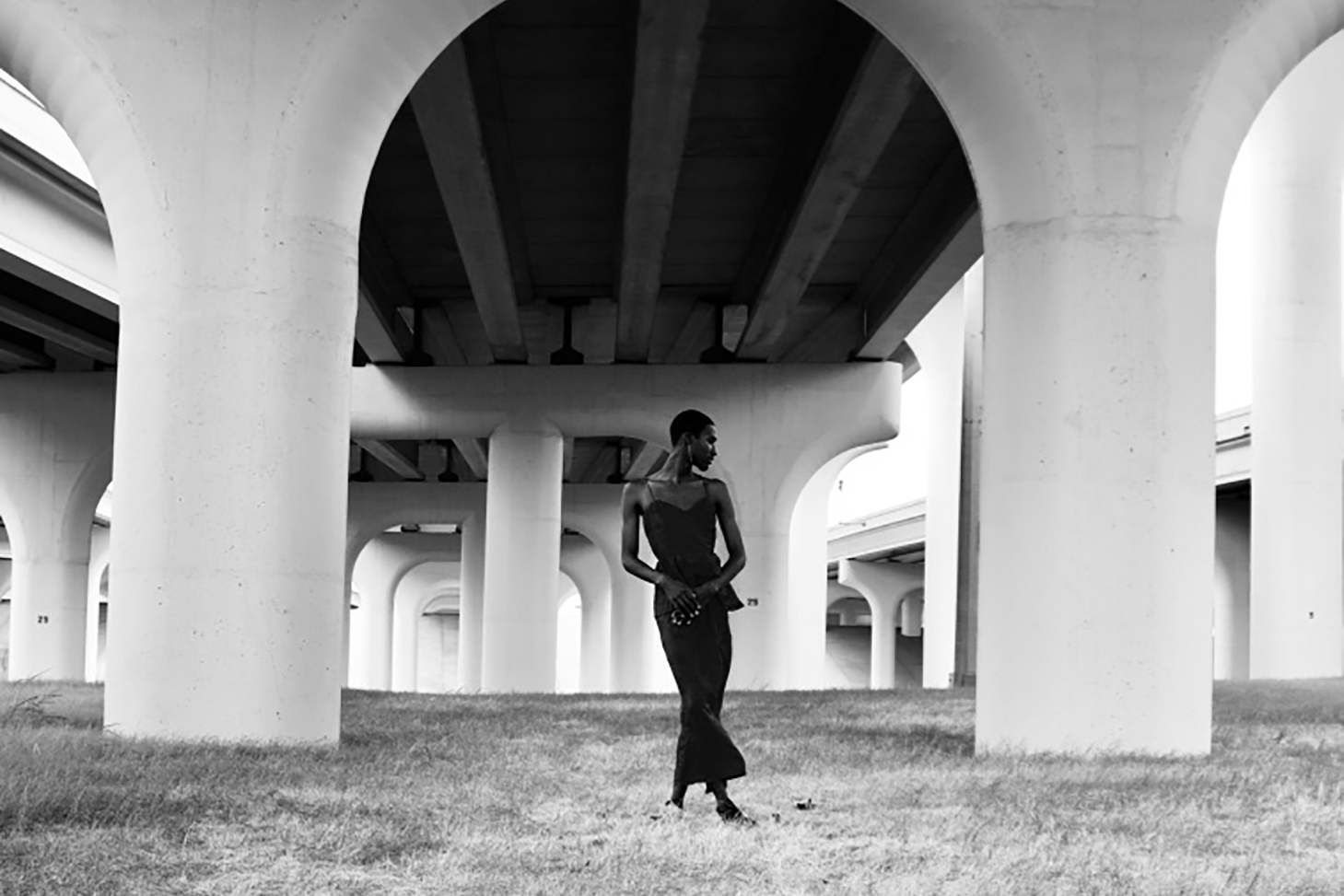 “Visibility is about making sure we see each other. It’s about people seeing themselves and knowing that they are seen by people who care about them.”
—Derrel 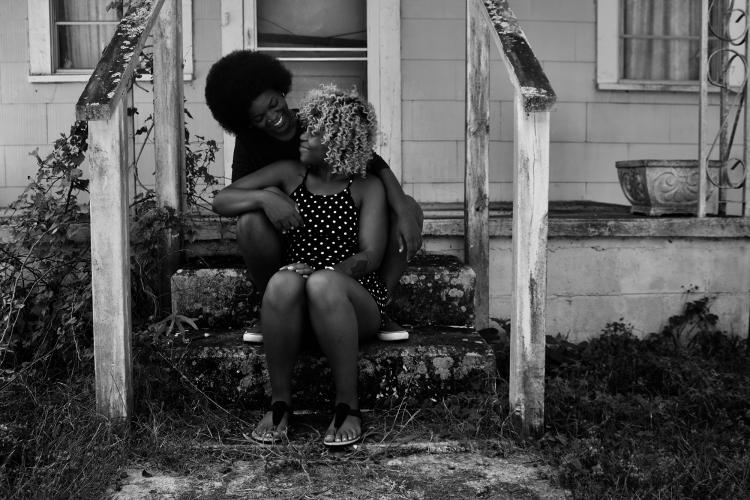 “My favorite place to be is in the South. I love being black, Southern and queer."
—Vetta 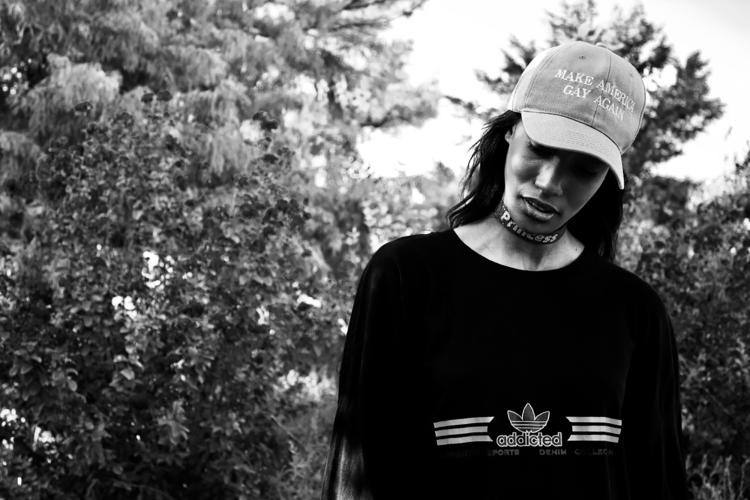 “I want to create something that reflects me and showcases who I am, not what society wants out of me.”
—Bri 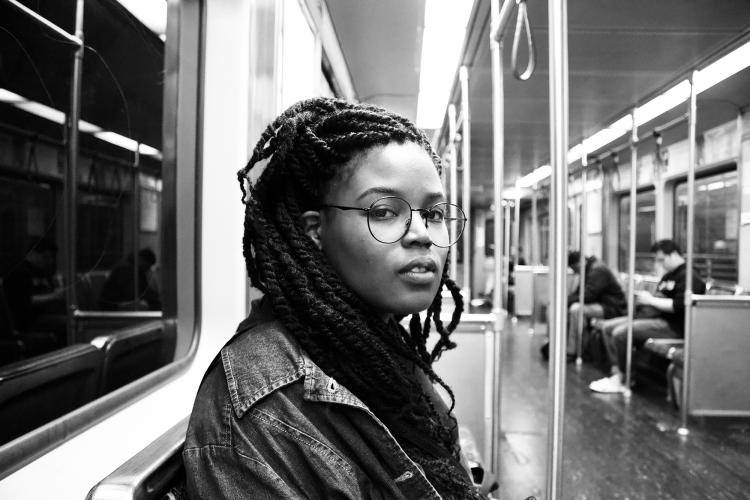 “Thinking of myself as an artist has changed me. Once I created art and was able to take the ideas from my head and put them on a canvas, I was able to see myself differently.”
—Danielle 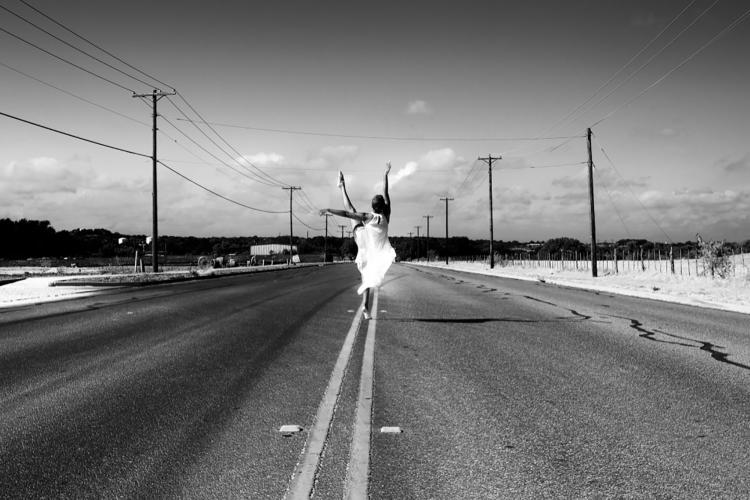 During the long plane rides, I either graded papers, read for class or looked out the window and stared at the clouds while reflecting on how I was able to accomplish this project.

I spent three to four days in each city so I could have time to talk with the artists before photographing them. Creating these bonds was vital to capture their personalities and sense of being, as well as to show respect for them and their time. It also established a level of mutual trust: trust in me as a photographer and trust that they would guide me through how they wanted to be photographed and viewed.

When artists have creative oversight on their own photo shoots, especially in a world where marginalized people have limited say in how they are represented, they retain the power to control their own images and how others perceive them.

Each photograph tells its own narrative about the individual, and as an artist and researcher it was my responsibility to accurately portray them. Although they express themselves through a range of artforms, a common theme arose in how the artists’ identities influence their art. Disrupting the notion of “art for art’s sake,” they use art as a political tool for agency and visibility, as with Derrel’s gender-neutral fashion designs.

Roots. Self. Gaze. ran from March 30 to April 5, 2019, at Cabal Gallery—a gallery with strong connections to the LGBTQ+ community.

For the first time, I was excited and proud of the work I created. Black LGBTQ+ artists from the South are underrepresented and deserve to be acknowledged for their work and the deep history of the towns they live in.

There is power in walking on the grounds that your ancestors once walked on, and there is power in creating a project that showcases and represents members in a marginalized community.

"There is power in walking on the grounds that your ancestors once walked on, and there is power in creating a project that showcases and represents members in a marginalized community."
—Autumn