What is public relations? Who does it? And for what purpose? 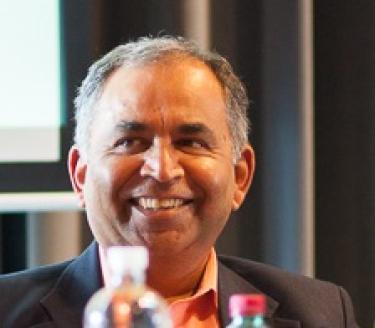 These may seem like simple questions, but for Professor Krishnamurthy Sriramesh, they’re critical. The answers, he says, have long been far too limited, with a focus on corporate organizations in America and Europe that has left out much of the world.

“If you consider public relations as the art of communicating in order to persuade people, then you can go back even to ancient civilizations such as Egypt and the Pharaohs,” explained Sriramesh, who is a Professor of Public Relations in CMCI’s Department of Advertising, Public Relations and Media Design.

After an early stint as a journalist in India, Sriramesh’s career has involved teaching students about strategic public relations, global public relations and corporate social responsibility at universities in Asia, Australasia, Europe and North America. He was appointed a University Faculty Scholar at Purdue University for five years as well as Faculty Fellow at Purdue Institute for Civic Communication before coming to CU Boulder in 2018.

At CMCI, Sriramesh is faculty director of the college’s Professional Master's in Corporate Communication, a fully online, asynchronous master’s degree program for early-to-mid-career communication professionals that will launch in 2021.

In the fall of 2019, Sriramesh published the third edition of The Global Public Relations Handbook––edited with Dejan Verčič––which recently earned the National Communication Association's PRIDE Award as the best book in public relations published in 2020.

The new edition features contributions from 35 of the world’s leading PR practitioners and researchers, including a forward by Edleman Worldwide CEO Richard Edelman and a preface by APOC Worldwide Founder and CEO Margery Kraus. Its case studies cover 18 countries throughout Asia, Australasia, Africa, Europe and the Americas on groups ranging from Anonymous to NATO.

We sat down with him to discuss the state of international public relations, how the pandemic has factored in, and what students can gain from the new Professional Master's in Corporate Communication.

What can students learn from reading case studies about other countries and cultures?

It would be an understatement to say that we are living in a globalizing world. The interconnectedness of the world is evident every day, made more pronounced by the COVID-19 crisis. Just look at how long and how complicated it was for Brexit to happen after the 2016 referendum, or the U.S.–China trade negotiations that dragged on.

Learning about how organizations such as the EU or NATO communicate, or linking international public relations with climate change, will help students when they embark on their careers as communicators. The book attempts to do just this.

Since you mentioned COVID-19, how does international public relations play into the situation we're currently experiencing with a global pandemic?

COVID-19 has highlighted how interconnected we are in EVERY way in the 21st century.  The pace at which this pandemic spread around the world was a good example of how mobile we are as a human race. To help arrest the diffusion of the pandemic, we required an unprecedented closing of national borders (that still continues in many countries.) International public relations has been at the forefront of managing this crisis. From national leaders to ordinary citizens, everyone has been using communication to mitigate the risks presented by the virus while also coping with the crisis.

Many of these case studies are written by practitioners working at major organizations. Why is it important to you to bridge practice with theory, both through this book and in the classroom?

At its core, public relations is a practice and profession. So, I feel that scholarship about the field has to be reflective in addition to informing and educating students and scholars. A chasm does exist between scholars and practitioners. Some feel the chasm has been widening. I feel that each needs the other––a symbiosis that will help both scholars and practitioners.

The essays in the book focus on the impact of the elements affecting our industry, such as political and economic systems, societal and organizational cultures and media. For the first time, this edition offers insight on, and from, a full range of global PR players––including associations, agencies, governments and non-formal activist organizations––giving us the tools to navigate this multifaceted environment in which we operate.

Why was it important to include case studies on groups other than corporate organizations?

It is well known that terrorist organizations such as ISIS have used global communication–especially social media–effectively for their own nefarious purposes. Few public relations books have focused on such examples. So, while this book provides case studies of global communication by “formal” organizations––such as the EU and the NATO––it also provides students with examples of how “non formal” organizations––such as terrorists or hacktivists like Anonymous––have used global public relations for advocating their own interests.

Is there such a thing as a legitimate or illegitimate PR organization?

On the flip side, are there cases when players who we might consider to be illegitimate––such as hacktivists––could be engaging in a legitimate cause?

Absolutely. It's a type of activism. They could, perhaps, be hacking into a terrorist network, thus aiding those of us who follow the rules.

So, the idea is that there are many types of public relations activities and different consequences of these actions?

Yes. We’ve tried to provide both studies of when public relations has been negative, while also including some very positive uses of public relations. There's a chapter on a well-known PR agency based in the U.K. that received more than £100,000 retainers per month to bring about racial tension back to South Africa. Fortunately, it went out of business shortly after its activities became public.

How will this globalized perspective play into CMCI’s new Professional Master's in Corporate Communication?

The primary goal of this program is to enhance CU’s global outreach. To that end, it seeks to prepare students––both within the U.S. and outside of it––to operate in a globalizing environment. By including cross-national topics and relying on senior professionals as instructors who will be based in, and will have experience working in, different continents, we can give students a truly global perspective. 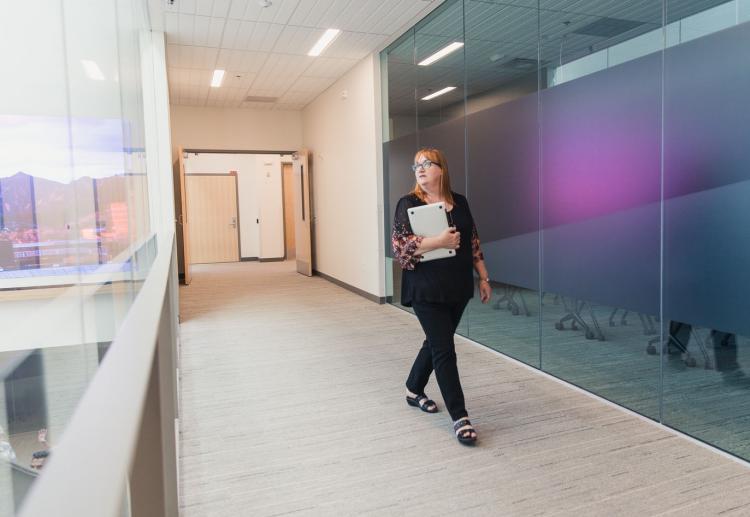 The Master of Arts in Corporate Communication is CMCI’s newest online graduate program designed for working professionals in corporate communication and related disciplines. Its coursework blends conceptual knowledge and practical techniques to produce invaluable and nimble communicators regardless of the industry or sector in which they work.

The program is currently accepting students for Fall 2021.